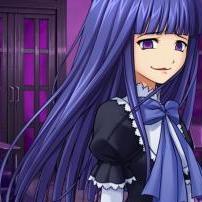 Still a beginner - looking for VN's with good MC

By philipmikh, December 18, 2018 in Recommendations