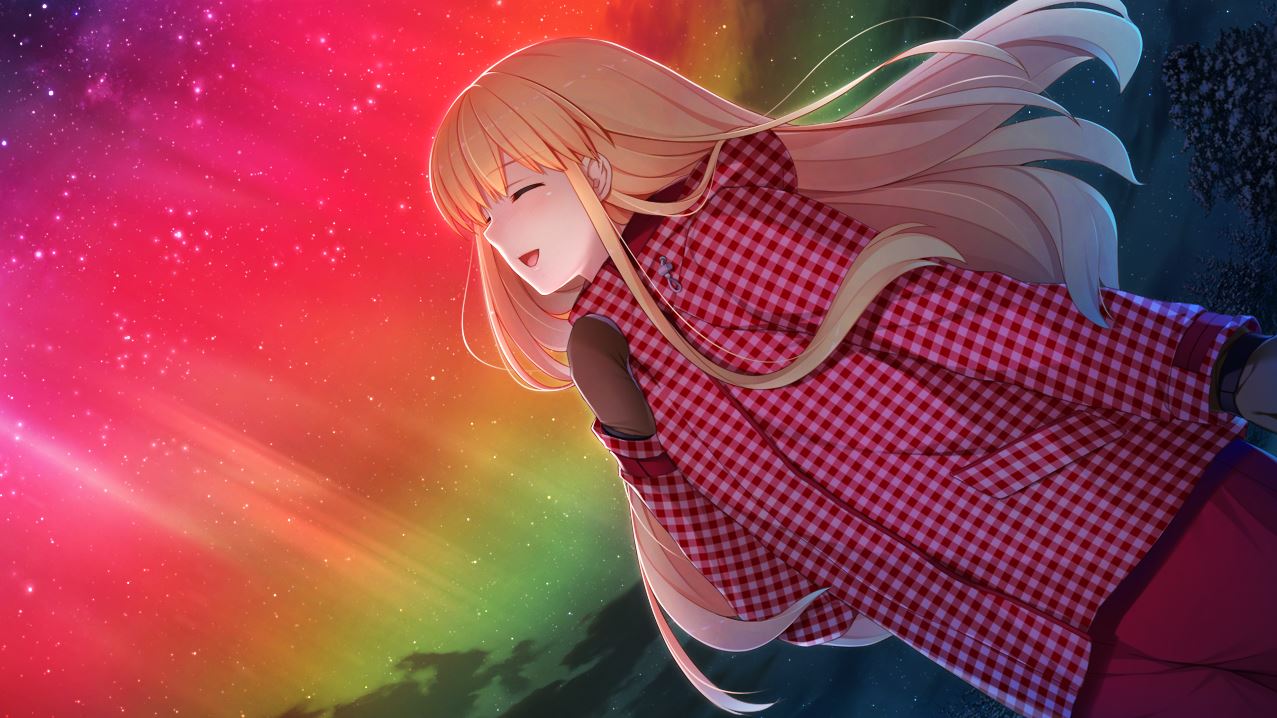 After many...many...many hours of reading I finally finished one route which I think is enough since one route in this VN feels like finishing a long VN on itself, also picking a different girl feels incorrect at this point, like I'm cheating someone... (forgive me Bethly

)
Giniro is a pure love story, slice of life with some very mild drama(almost non existent), most of it consist on developing the bonds between the main character and his group of friends(only females)  and later on the girl you chose from that group.
This VN shows you that each one of the girls has a great potential inside of them but they wont be able to use it on their own, they are like rough diamonds, with the help of the main character will "unleash" they full potential(it sounds like an action vn xD), is not like they will turn out to be unhappy or anything like that but each one of them wont fully accomplish their respective dreams or reach their full potential on their own.
This might be a little spoilerish but Yuzuki wont become a great chef, Mizuka wont reach the first place in the figure skating thing she does, Bethly wont become a famous illustrator, Hinata wont even be able to realize what her true dream is in the first place, finally Momiji won't become a great actress.
Another thing to point out is that while all the girls hang around the main character they actually dont love him in secret or anything, in fact it's a long process for each one of them, the only exception to this is your non blood related sister, which is kind of sad since she starts tearing up every time she realizes that she wont be able to be with the person she loves.

The first part, which is the common route is really long and from there you go into the heroine route which is again really long. It's so freaking long that the vn itself thinks that you are an idiot without memory and re-introduces you the characters like 3 times at some different points...


There are 5 heroines to chose from: 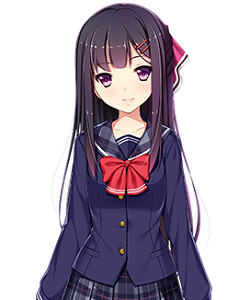 *Yuzuki, your non-blood related sister, she is really shy and probably the "loli" of the group but she works very hard and even though I admit I hate the imouto heroine type this one didn't feel that bad. 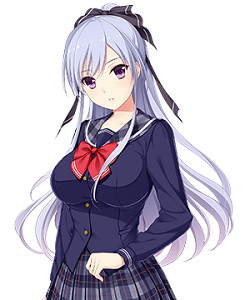 *Mizuha, your childhood friend, again the VN surprisingly didn't go for the cliche thing of the "childhood promise" or anything like that (well, it did but it was pretty subtle and it was also resolved very early in the game without forcing you to pick her just out of pity) she is some kind of figure skating star, to be fair I found her to be the most boring character, specially because I have 0 interest in what she does, so meh. 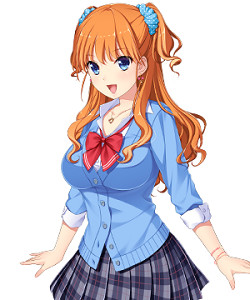 *Hinata, the best friend of your sister, she is amazing and really charming, has this quirk way of speaking and expressing herself, most of the users on the internet hate her and her voice acting for some reason, she loves everything about girl stuff (like clothing, hair, how a girl should act etc etc) very sharp and lively, a true energetic type of character. 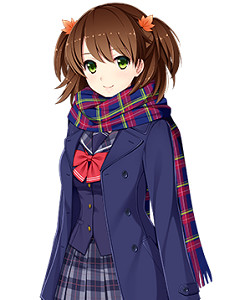 *Momiji, she goes to the same class as the MC and thus they become friends, she loves acting and has a very normal character overall, still I found her to be one of the most interesting character... I almost do her route but at the last moment I went for... 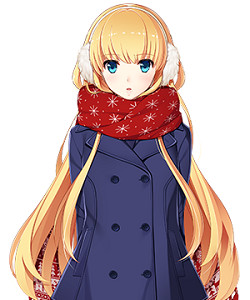 *Bethly, she is probably the character that most of us will chose because she is the foreign girl, she is from Canada and at first she doesn't speak any Japanese so it's kinda of funny to see how she struggles in every situation (the vn doesn't really do a good job portraying this...just a decent job.) She likes to draw, has a really calm personally and a great sense of morality, she is also very stubborn, finally she is the girl I picked. 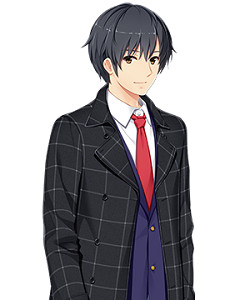 *Finally the MC (Yukito or whatever name you used for him, I recommend to leave his default name), he is for my taste.... a bit too perfect, he is a perfect student, friend, son, boyfriend, husband, father..you name something and he is perfect in that, not because he does everything in a perfect way but because he doesn't have a glimpse of malice or egoism in him, which is hard to believe.
He has a very strong sense of duty and morality and wants to help anyone that needs it, very proactive, he is not naive and doesn't behave like a retard in front of the opposite sex... he is... yep perfect, which was a bit of a let down for me.. because him being that way takes away many opportunities from the novel thus the drama in the VN it's almost non existent or very predictable.There is a reason why he is like that but still I didn't like it.


The pace in this vn is slow, really slow, for example you won't kiss the heroine until much much later on into the story(let's not even talk about having sex xD), if you don't enjoy slice of life then you will hate this vn because that's pretty much what it is.
It's hard to compare anything with this or find some equivalents but the closest thing that I can think of is nagisa's route in Clannad (if you take out the funny parts with sunohara and pretty much everything else) and all the heavy drama.
It does have some funny parts here and there (most of them are generated either from Hinata or an school teacher that you find later on and occasionally from the MC's biological mother.)

I chose Bethly and later on I regret it, I really wanted to pick momiji or hinata but at that point it was too late...
Bethly's route was ok, but her inability to speak Japanese was what it kinda ruined it for me, I came to hate the words うれ fucking しい and おいしいい, you will hear those words probably more than 500 times in the novel (or more and no I'm not joking), yes, it's tasty and yes you are happy "I got it" I really do but just stooooooooooooooooooooooooop, this again is something that makes sense in the context of what it's going on but it just pissed me off really bad.

On the other side, it's really interesting to see how the characters grow(mentally and physically too) and how your relation with the main heroine gets stronger by the passage of time, it reminded me a lot of my own experience with my ex lol so in that sense it's pretty realistic and also maybe boring for some readers.

What I liked it:

The music.
Very rich characters development.
Amazing art.
Some really good and interesting characters that I won't be able to enjoy xD at least not right now.
Amazing voice acting.

A bit slow.
Too long for its own good.
The main character.


What I hated:
Repetition, specially of some words.
Not enough strong drama.
One awkward and very unfitting scene in the story.

How difficult is it to read?
Really easy, you can read this as as your first vn without any doubt, I wouldn't recommend Hinata's route for someone new because of the way she talks (not hard at all but still be careful)

I rate this vn:  Snowman out of 納得.

EDIT: a little spoiler part to actually point out what was really boring, unfitting and what was actually pretty good.

Boring:
The whole snow festival (just before going to "tronto"... sorry I mean Toronto xD thing was a non stop of crap and tediousness, when you are going to work and same thing when you are getting married and you go to the state office and they explain you everything in full detail about what they need, and then for the visa.., wtf? Who cares!!!!!!!!!

Unfitting:
The scene of the pool, that was bad and cringy as fuck. "oh you have some foam in your chest, let me wash it off with my hand... we are like 12 years old but never mind...oh yeah let's shower together because why not?"

Pretty good:
The ant and the grasshopper play for momiji presentation and hina's presentation, specially when she gets to the "ecchi" part xD she is fucking amazing!
The part when they talk about how good teacher was momo-chan
The cosplay part and looking the bethly zoombie.
Everything about Emil and Jake (best characters by far)
The scene with the Kayak and Brian (bethly's father)
The wedding scene.
The ending credits where they display bethly's life... I almost teared up a little bit there...again with many grammar mistakes and showing some characters that were not in the story! again wtf!
Over all the university part was the best. (I seriously was expecting to Jake getting in some kind of dispute with yukito about bethly but yeah he is too perfect and the whole conflict was pretty much solved in the first minutes...
Behtly's problem with her dead mother, pretty good.
The whole saving up money for having sex xD
The ending scene
Bethly's problem with "gambling" and overall her stubbornness (her reasoning about the casino, karaoke, eating sheep, etc)
Bethly's singing church or just child songs xD

And here some CGs 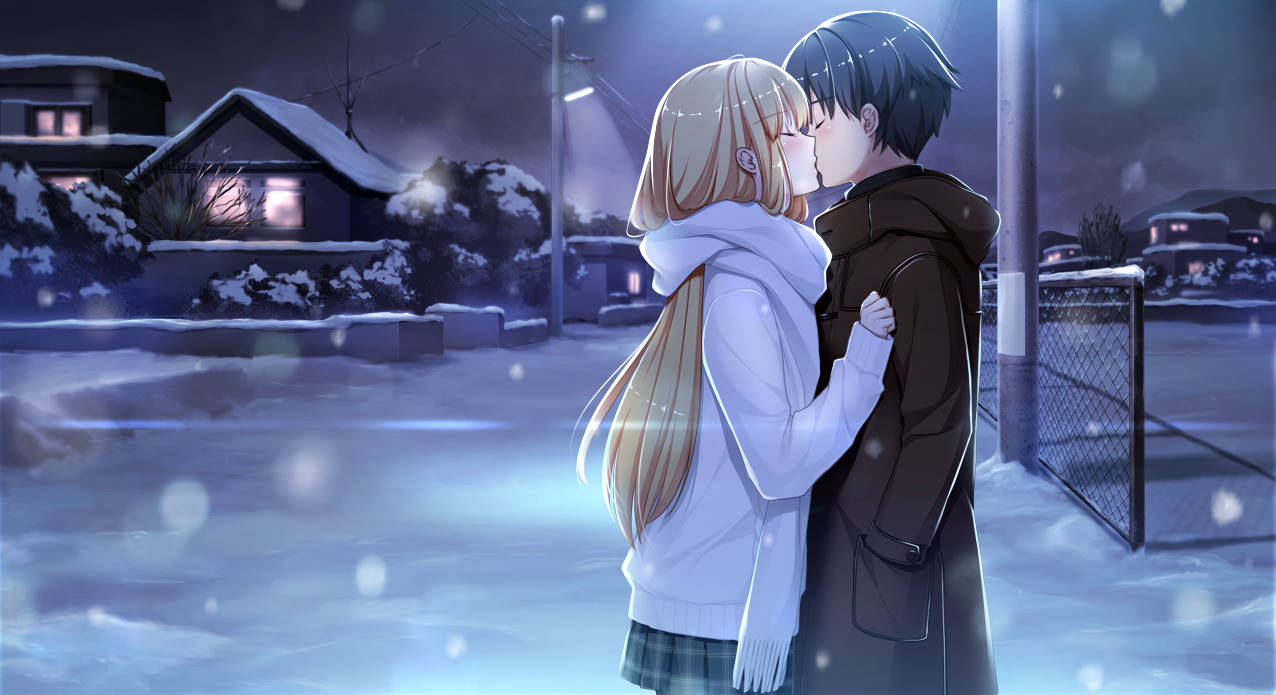 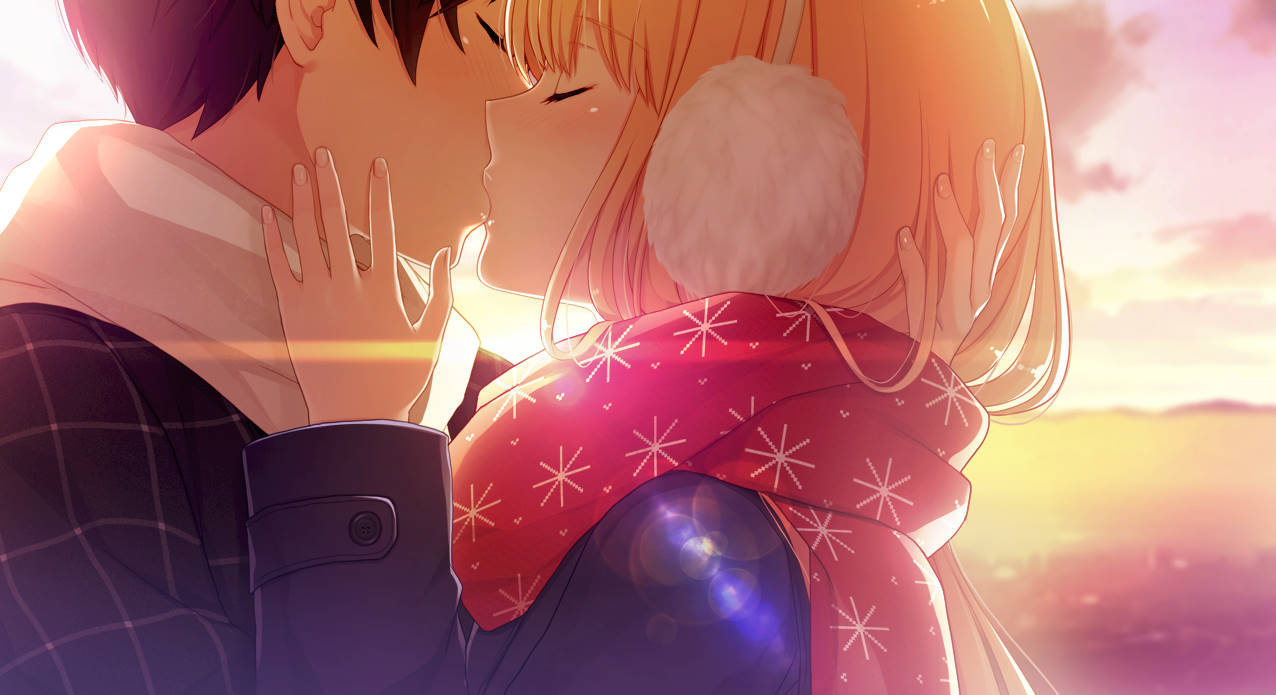 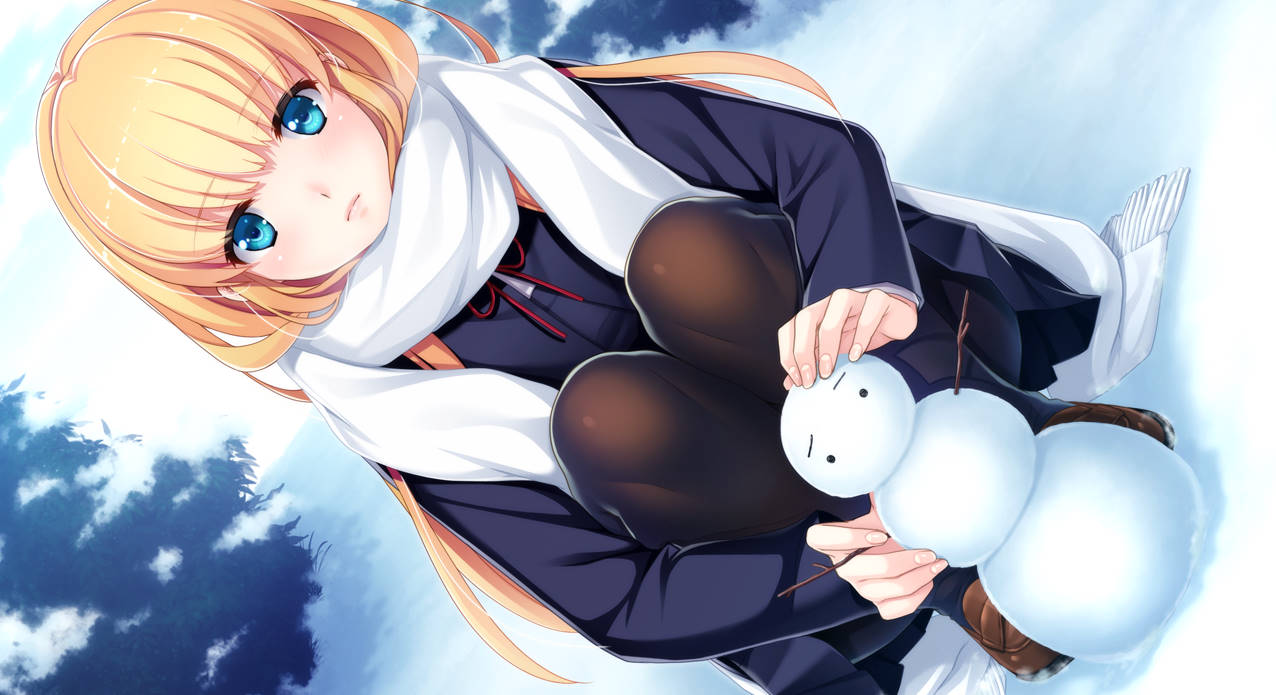 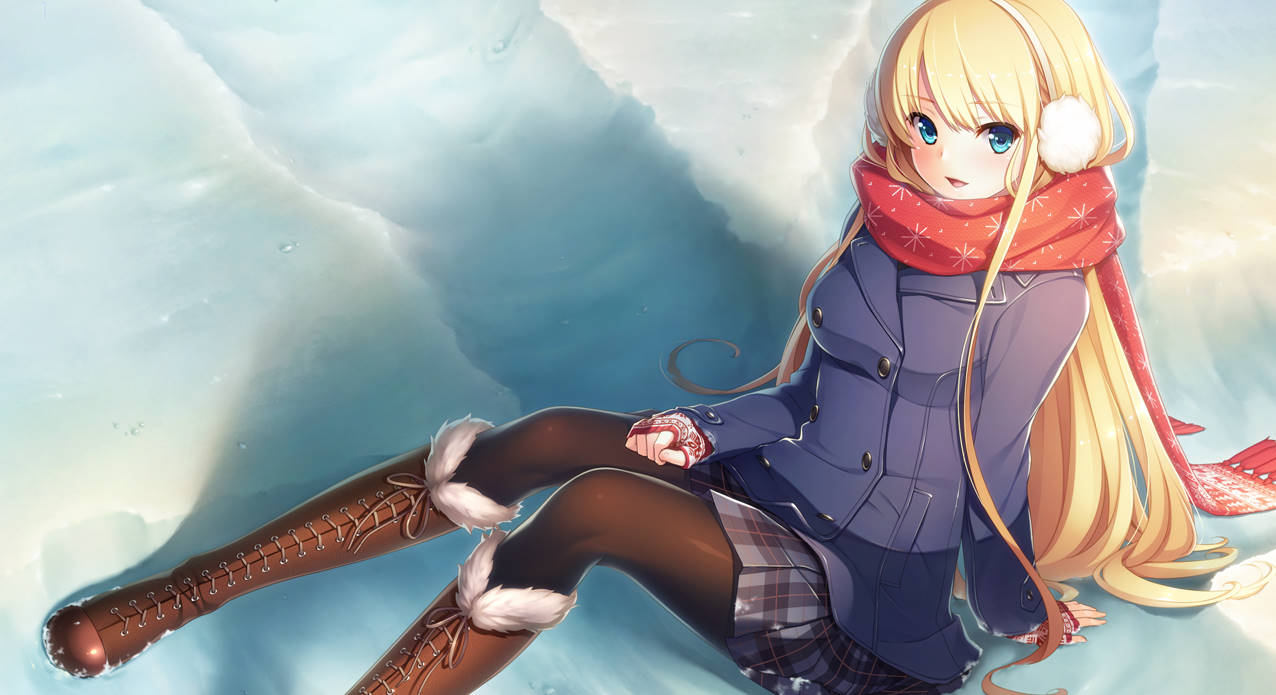 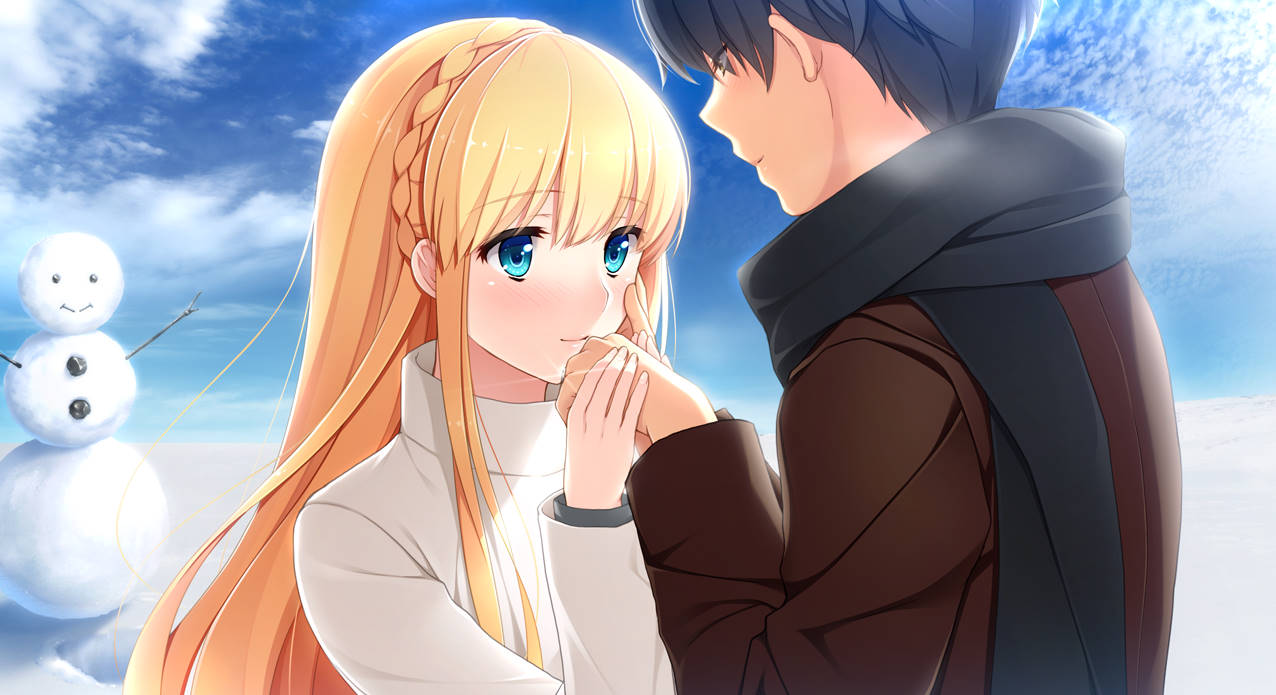 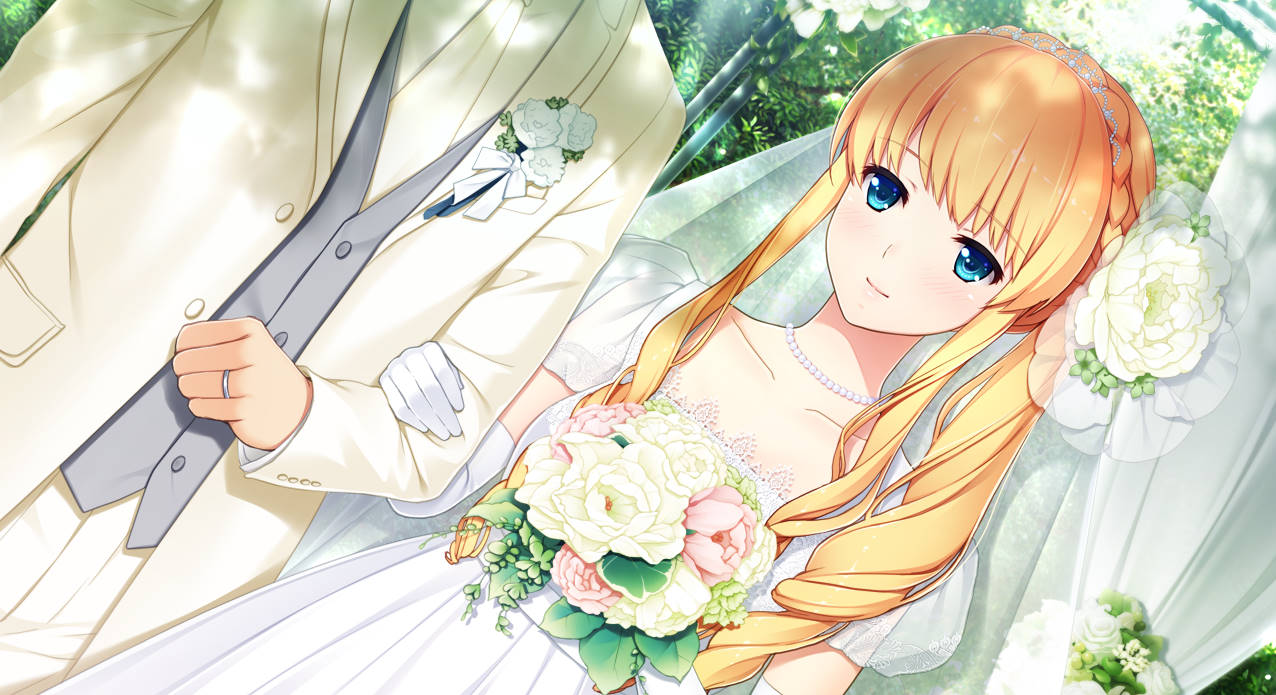 (thanks clephas for ruining me the ending! >_>) 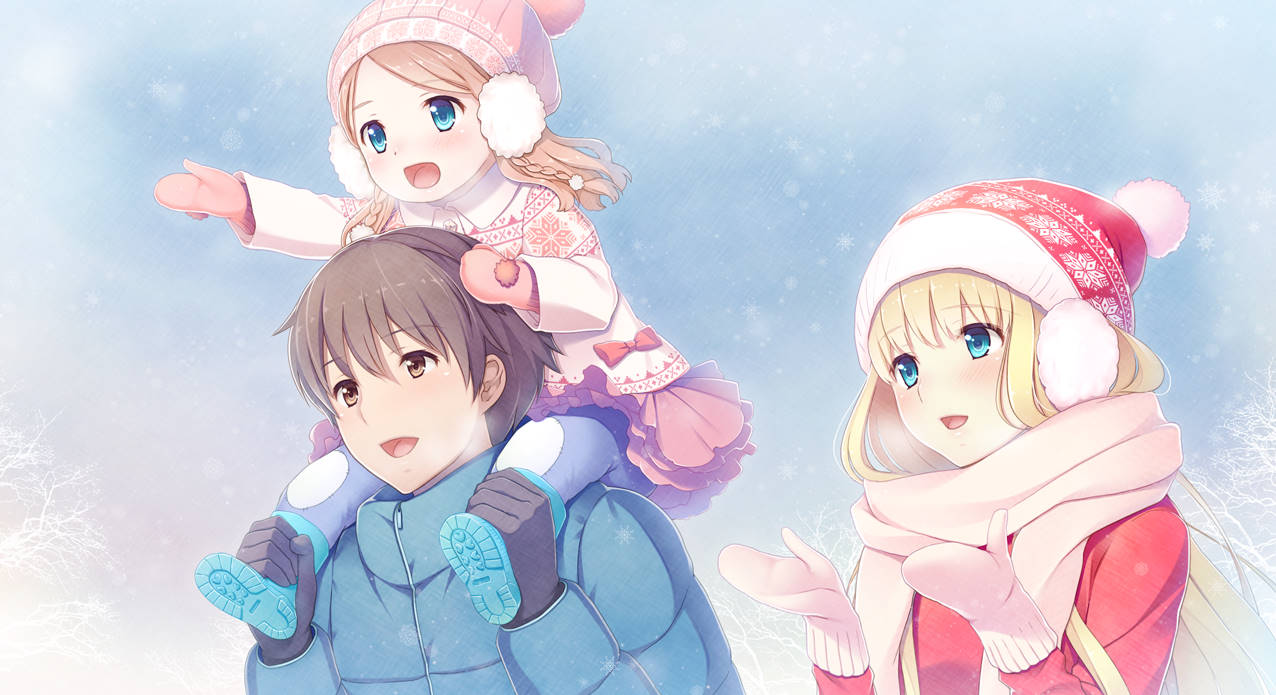 Since I don't want to create another topic about hinata's route I will keep adding info here,

So Hinata's route has a really different dynamic and it has a lot more of comedy than bethly's, the combination between hina and yuzuki is amazing. I won't say that bethly's route was bad but so far hinata's is overall way more enjoyable.