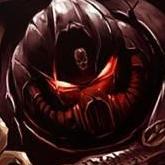 Does "Grisaia Phantom Trigger" has Romance?