What Eushully or rpg VN games to play? 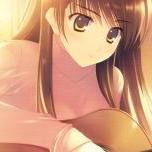 By Larxe1,
June 29 in Recommendations