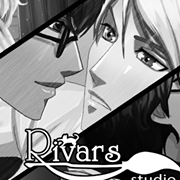 mystery Harry Potter and the Mysterious Thief part I [yaoi] [+18]