While probably few people following my VN-related writing know that, for quite a long time I had a peculiar relationship with the brony fandom. Being brought into the community by my RL friend, a popular fan-artist working under the pseudonym Pony-Berserker, I’ve written a few dozens of My Little Pony comic scripts and, more importantly, based my master’s thesis on researching the fandom – more specifically, exploring the bizarre world of MLP fan erotica. While my current involvement with Bronies is minor at best, I’ve decided to commemorate both my previous and current hobbies by reviewing the humble catalogue of My Little Pony visual novels – in this post, and the one two weeks from now, I will go through pretty much all VN-style fan games made by bronies that are currently available in English, which is just around a dozen titles, including large demos and trials. So, if you have the courage, please join me in this bizarre adventure through the world of shipping, bad fanfiction and, maybe, some genuinely interesting, imaginative VN project within the My Little Pony: Friendship is Magic universe! 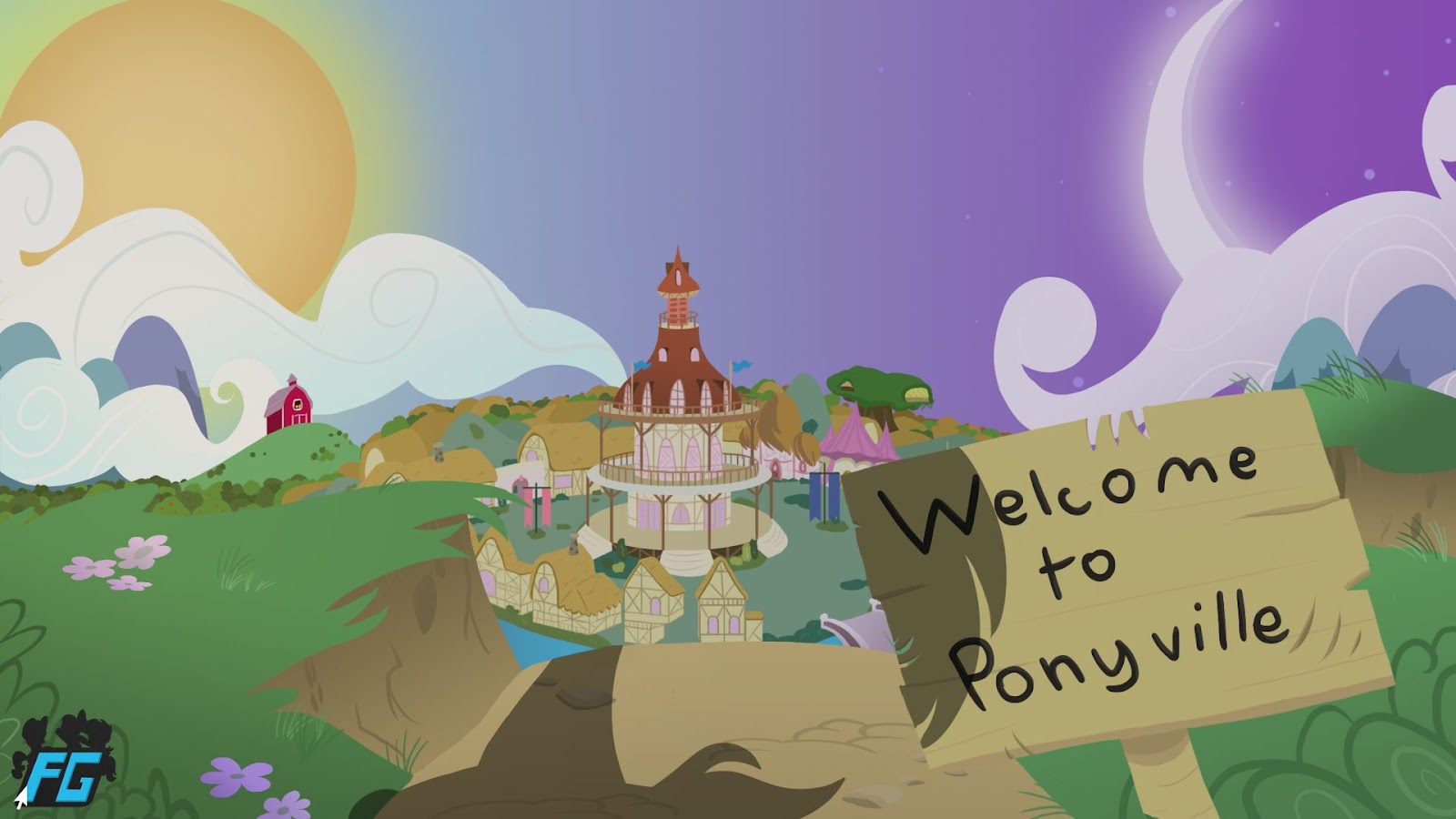 The MLP visual novel scene seems to be a hell of demos, dropped projects and never-ending development limbos. Some of the most notable games in this niche suffered from perpetual delays or straight-up died halfway through the production cycle, and Welcome to Ponyville might be the best-known among the latter. After releasing a substantial demo in mid-2012, the team behind quickly started becoming more and more silent, and after two years with no meaningful updates, the chances of the project being finished were clearly gone. The already available first episode, however, is still quite an interesting piece of content that is arguably worth experiencing on its own. Telling the story of a pony arriving to Ponyville to settle within the town (you can choose the protagonist’s gender and the breed of pony they represent), it showcases some of the most notable achievements of the brony fandom: art that very closely resembles that of the show, both in style and quality, and full voice acting that faithfully mimics the original voice cast of Friendship is Magic.

The 1,5h-long demo is mostly composed of casual, amusing SoL scenes in which the protagonist organizes his stay in Ponyville and takes odd jobs, while meeting the Mane 6 (brony term for the 6 main characters of the show: Twilight Sparkle, Rarity, Pinkie Pie, Rainbow Dash, Applejack and Fluttershy), along with various other inhabitants of the town. At the same time, the game introduces Silent Hill-like, disturbing dream sequences, suggesting there’s something sinister hiding underneath the fluffy surface… While we’ll never know in which direction this project would go exactly and I would normally not recommend wasting time on approaching unfinished games, Welcome to Ponyville shows the creativity of the MLP fandom at its finest and give a taste of what we could’ve got if more of its energy went into projects of this kind.