One common misconception most people have is that gender = sex. There are only two sexes, but genders? Probably thousands. This is the way most people think of gender: 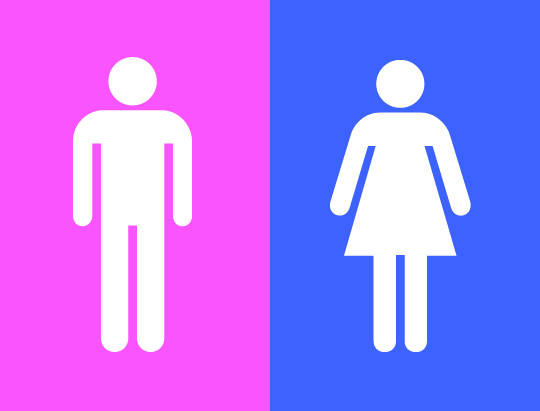 And this is how gender actually is: Gender does not come from one's genitals. Doctors, unfortunately, assign genders to children at birth based solely on their genitals. In fact, gender comes from one's mind. How said person identify themselves: either male, female, agender, 75% male and 25% female, bigender, third gender (also called third sex, but it's actually a gender, not a sex), genderfluid, genderflux.

Each person has their own pronouns, which make them feel more comfortable. Calling an agender person a "she" feels as bad as calling a cis male a "she". To further understand the pain of misgendering someone, imagine you, a cis male, being taken to a female dorm, with female clothes and called by a female name. Although VNs are famous for idealizing this kind of situation, in real life it would actually feel terrible.

^No, this would not be funny in real life.

If you want to know more about the different kinds of genders, see this link: http://genderfluidsupport.tumblr.com/gender

Of course, it does not include all genders, but there's a lot there.

This blog entry is now closed to further comments.
×
×