Umi to Yuki no Cyan Blue is the winner by default. 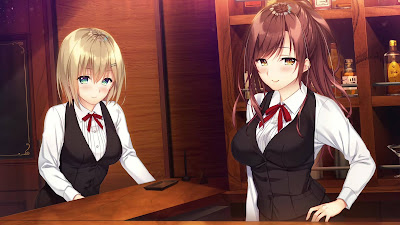 Nurture your love through a messaging app--
This is a work in which the heroine and the deepening of your relationship are enjoyed with the help of a messaging app.
Get the contact information of the girl you are interested in,
Have conversations through the app and get to know each other,
Make date arrangements...
Enjoy a thrilling game of love that fully utilizes the unique elements of messaging apps with the same romance that you know and love from previous HOOKSOFT titles.
We placed a strong emphasis on capturing the thrill that only a messaging app can give you during the course of a relationship!
Talk late into the night, just the two of you...
Unexpectedly receive a message asking for advice,
"I'm in the bath..." Have moments when you can get a glimpse into her life,
And times when she doesn't reply for a long time...
A game of love between two people using a messaging app.
Enjoy a romance with the heroine that feels more "real" than ever before!
Moege
2. Haishin 廃深 [210415] qureate 1 2 3 4 5 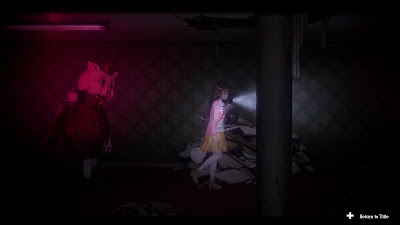 Online streamers Ikoma Mio, Sakurai Nana, and Shiraishi Azusa travel to the locally famous haunted resort, the Hotel Izanami, at Nana's request to shoot a video there.
It would be a film shoot at an average haunted location with no particular legend attached.
To finish shooting without a hitch and get an end result that was vaguely horror-esque...was all they wanted.
During filming, Mio gets separated from the group, and suddenly gets attacked by a mascot costume that has come to life.
From that point on, the trapped girls are at the mercy of numerous horrors throughout the hotel.
Why is a mascot trying to harm them, and why have they been shut in to the hotel with no escape?
Can the three girls escape from the hotel with their lives?
A livestream set in an abandoned hotel begins...
Game is released in English and has English reviews
3. Kanda Alice mo Suiri Suru. 神田アリスも推理スル。[210428] El Dia 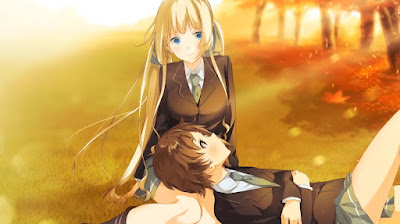 Kanda Alice was worried about her first year at Miyukinomori Girls' High School. Her best friend Hodaka Akira stopped attending their archery club for a while due to an incident. She is said to have wrecked the archery club's championship cup, but Alice didn't believe her best friend could do such a thing. Despite of Alice’s worries, her best friend decided to leave the archery club...
"There is an amazing fortune-teller in this school!" Alice heard from her classmates. Alice told her best friend about the rumored fortune-teller in the tea ceremony club, located in one of the club buildings in the back of the schoolgrounds.
When Alice and her best friend headed to the tea ceremony club after school, they were greeted by an unbelievably beautiful, black-haired girl—so beautiful that you'd question whether she really exists. Her name: Sawaragi Houju. Houju asks, "What don't you want taken away from you?"
Their encounter in the twilight restarts a heart that had come to a halt.
Girls Love
4. Umi to Yuki no Cyan Blue 海と雪のシアンブルー [210430] CUBE 1 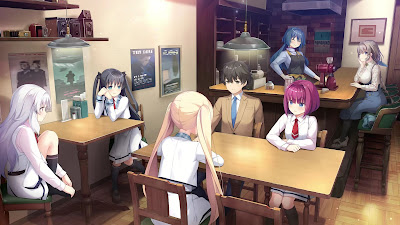 At the end of autumn, I got a younger sister. She is someone who has never seen the ocean.
I didn't know what to say, so I took my sister to the beach.
And so our daily lives began.
The protagonist Aono Shion lives in the countryside where the city is snowy.
He will soon leave the school which he used to attend.
―― "Graduation"
After graduation, he will move to Tokyo for higher education.
The younger sister who will no longer lives with him―Aono Nana,
The classmates who will no longer be with him―Sumiki Kotoha, Hagino Yume, and Chigira Shuuto,
The underclassman who will no longer with him―Nabatake Inaba, and
The homeroom teacher who will no longer with him―Matsuki Ira.
Farewells are bound to come, be it to shallow, or to deep relationships.
As he prepares to graduate and move to Tokyo, Shion takes his goodbyes to the place he grew up at and everyone he grew up with. While he's at it, he also recalled the bonds he had forged, the feelings he realized for the first time, and the signs he was finally able to notice. He spends his remaining days with the feeling of loneliness on leaving his hometown, mixed with the feeling of excitement of new world he's about to go, eventually, the day comes.
This is the story about Shion and his friends about what "graduation" means.
There are English reviews
BLOCKED