Madohi Shiroki no Kamikakushi is the only decent game I see in May. 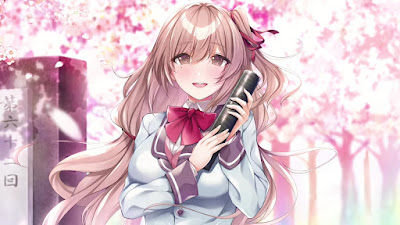 In spring main character decides to confess to the childhood friend girl he likes. The feeling is mutual. Girl suggests to kiss and start dating right away like a real pair.
Vanilla nukige
2. Amairo Chocolata 2 あまいろショコラータ２ [210528] Cabbage Soft 1 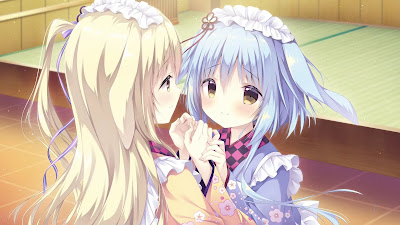 Yunagicho, a town lined with Western-style homes. The previous autumn was when Yuzuki came to this town and met the animal eared girls and started working with them at Cafe Setaria.
The day after Christmas, he meets a lost girl looking for a traditional sweets shop. He finds the shop, which is run by her sister and that’s when he realized that they sported magnificent rabbit ears!
Suddenly, Yuzuki finds himself working at both the cake shop, Sweet Tail and the newly opened sweet shop, Mochizuki and his days just keep getting busier. But he continues to do his best in the fun and lively days he spends with these animal eared girls.
There is an English review
3. Happy Live, Show Up! ハッピーライヴ ショウアップ！ [210528] Favorite 1 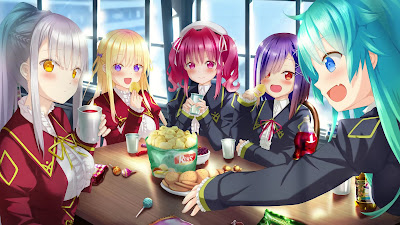 The long, harsh Russian winter had ended, and Spring was in the air.
On one particular day, Laikask Academy second-year Akito Yukihara was walking down the street when he stumbled upon a crying lost child. He decided to help the child find her parents, and was joined by Sofia Tulina, who happened to be present at the scene. Also, to get the child to stop crying, he put on a small magic show for her.
After reuniting the child with her parents, Sofia turned to Akito and said:
"Would you teach me how to use magic?! I want to be like you!"
He agreed to teach her, a fellow Laikask Academy student, until they could find a proper teacher. Then, while the two of them were practicing magic in a local park, they ran into a girl named Roo Mao, who was doing a street performance.
"Let's put on a show together!" she said.
In this country, street performances were called "shows."
At Roo's suggestion, the two joined her and all three of them entered the upcoming tournament for performers.
Will they be able to accrue enough members to form their troupe by the day of the tournament?
And will Sofia be able to learn magic?
"Happy Live, Show Up!"
This is a tale of these friends and their quest to shine brighter than the sun.
There are English reviews
4. Loopers [210528] Key 1 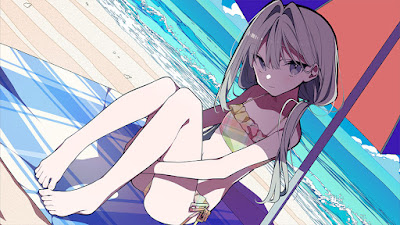 Let's set out to find a real treasure.
Tyler is a high school student who is obsessed with geohunting, a GPS-based treasure hunting game.
One day during summer vacation, Tyler and his friends get drawn into a mysterious incident while out treasure-hunting.
The real and imagined become interconnected. Thoughts are thrown into chaos. Tomorrow becomes today.
Swallowed up by a time vortex, they are trapped in a never-ending time loop, repeating "today" again and again.
Then they meet other "loopers."
Simon, the leader, and the mysterious girl Mia.
If they join forces, will they be able to break out from this eternal prison...?
There are English reviews
5. Madohi Shiroki no Kamikakushi まどひ白きの神隠し [210528] Lump of Sugar 1 2 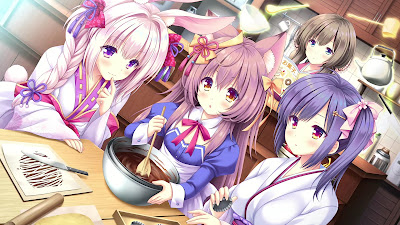 One day during winter.
It all started with a flickering mirror inside a certain house.
From that flickering mirror came out Roka, a girl with fox ears.
The protagonist, Takuto, and his younger sister, Shiina, threw themselves in to the mirror following Roka, and wandered into "the other side."
In there was a world similar but still different to the human world.
Spirits, demons and all other sorts of non-human beings, a world of gods.
"Welcome to the hidden world of the gods"
Mikoto, the otherworldly girl with rabbit ears.
Chiyo, the tsukumogami running a teahouse.
Roka and her mom, the nine-tailed foxes.
Shiina, who got spirited away together with her brother.
Takuto will work together with these girls to find a way back home, but...
Through these intereactions, he will learn the true nature of gods, and about secrets between siblings.
Humans and gods, 2 worlds, 4 girls.
He stands in the snowy land of the gods, and wonders-
"Where do you belong?"
There are English reviews
6. Parallel Akiba Gakuen ぱられるAKIBA学園 [210528] Panache 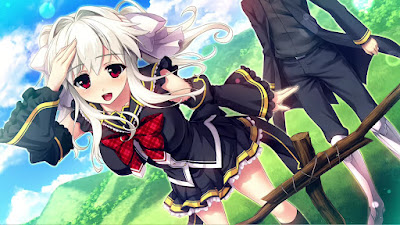 Our protagonist is an otaku and game creator specializing in support, who is suddenly summoned to another world. There he finds a fantasy world of swords and magic. With the help of the hero and her party he somehow manages to defeat the demon lord. However, the goddess who summoned him tells him that she isn't able to return him to his own world. As an apology and a reward, she summons his house, which is filled with otaku goods (she also succeeds in summoning all of the packages that were delivered while he was away).
He spends everyday having watch parties and discussions. The heroines' reactions are so favorable that he comes up with the idea to create a school that can educate people to become creators, and bring Akiba culture to this world. Will the protagonist be able to realize this ambitious dream together with the heroines, who have become thoroughly steeped in otaku culture thanks to his tireless teachings?
Harem moege
7. Tantei Bokumetsu 探偵撲滅 [210527] Nippon Ichi Software 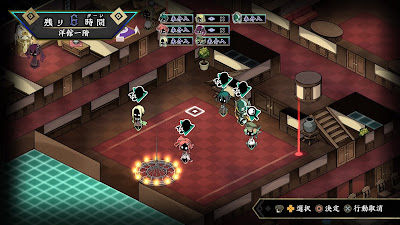 “Yatsuzakikou” is a serial killer who has killed more than 100 people and thrown the country into chaos.
To put an end to his murder spree, the finest members of the “Detective Alliance,” an organization made up of only the top detectives, launch a joint investigation.
Around the same time, an ordinary boys’ high school student named Wato Houjou, who longs to become a detective, arrives at a remote island where the Detective Alliance is headquartered under the guidance of a mysterious man named “The Sage Detective.”
On the island, Wato could not hide his excitement at meeting the Detective Alliance he so admired. However, when the detectives suspected him to be Yatsuzakikou, he was at a loss for words.
Yatsuzakikou had already infiltrated the island, and many detectives have been murdered.
To clear his name, Wato and the Detective Alliance leader, the “Ideal Detective,” launch an investigation.
14 detectives remain alive. And Yatsuzakikou is among them.
Gameplay heavy console exclusive
8. World's End Club [210528] IzanagiGames 1 2 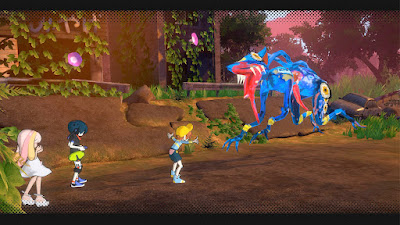 In an elementary school in Tokyo, there's a group called the "Go-Getters Club," made up from oddball kids from all over Japan. Reycho and the other members are somehow different than the other kids around them.
Then, one day, during the summer...
While on the bus for their class trip, they get into an accident.
When they wake up, they're in a theme park under the sea. Reycho and the others are trapped inside this strange, long-abandoned place. Suddenly, from out of nowhere, a mysterious clown appears and orders them to play a "Fate Game"! Before any of them can figure out what's happening, they're fighting for their very lives. Will they be able to survive and make it out of this weird place?
The kids are all lost and confused...
But then, extraordinary powers begin to awaken within them.
While at the same time...
Abnormal events are occurring all over the Earth.
Game is released in English and has English reviews