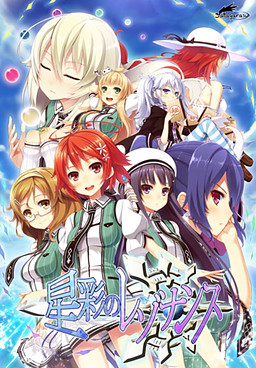 Like I said in my previous blog post, I have been wanting to keep my blog more active for a while, and this time I'll be talking about yatagarasu's yurige, Seisai no Resonance.

Before we get into it, I have to admit, I skipped a few routes in this one in order to get the true ending. (Nagi's true end.) It's not that the other girls in the game are bad, but more that Nagi was such an interesting character, her normal ending was not enough to satisfy me, so I HAD to skip to the true ending. (For a very annoying reason, you HAVE to complete at least another route, (possibly all of them?) after Nagi's before you can get Nagi's true ending, as Nagi's true end serves as the whole game's true route.) I ended up grabbing a 100% save file, so I could jump into her true route. Because of that, this post will primarily be talking about the common route, Nagi's route and the true ending.

To quickly sum up the setting and start of the story. Kanae, our main character, travels to Otofuse Island to look for her mother, who vanished seven years ago. Otofuse is a small island closed off from the main land, where a strange ritual takes place every year. The reason for this ritual is, long ago, a big fireball fell down on the island, and a pair of shrine maidens were the ones who calmed down and sealed away the flames. Ever since that that, a yearly ritual is held, where two shrine maidens are picked to preform a similar sealing ritual like back then. The shrine maidens on the island now wield strange "gems" that grants them special powers. (More on this later.)

This game has a rather interesting battle system, which is used for boss battles, training matches and so on in the game. (So, often when Kanae gets in a fight, you end up battling.) I personally found the gameplay very fun, but totally out of place. Because of how rarely you actually end up fighting, and how little the result of the battle matters, it almost just served as an obstacle between the story segments, which I did not enjoy. Like I said at first, the gameplay itself was actually pretty fun and well made, but it just... felt totally uncesessary. (At the end, I honestly just found myself annoyed at the fact that these battles were interrupting the story.)

The combat is quite similar to fighting games like the Naruto PS3 games etc. You can move in a 360 angle, use different powers to fight your opponent, drain your "spirit(?)" as you preform special attacks and so on.

Overall, although the gameplay started off as fun and was well made, I really didn't feel like it had a place in the game at all. 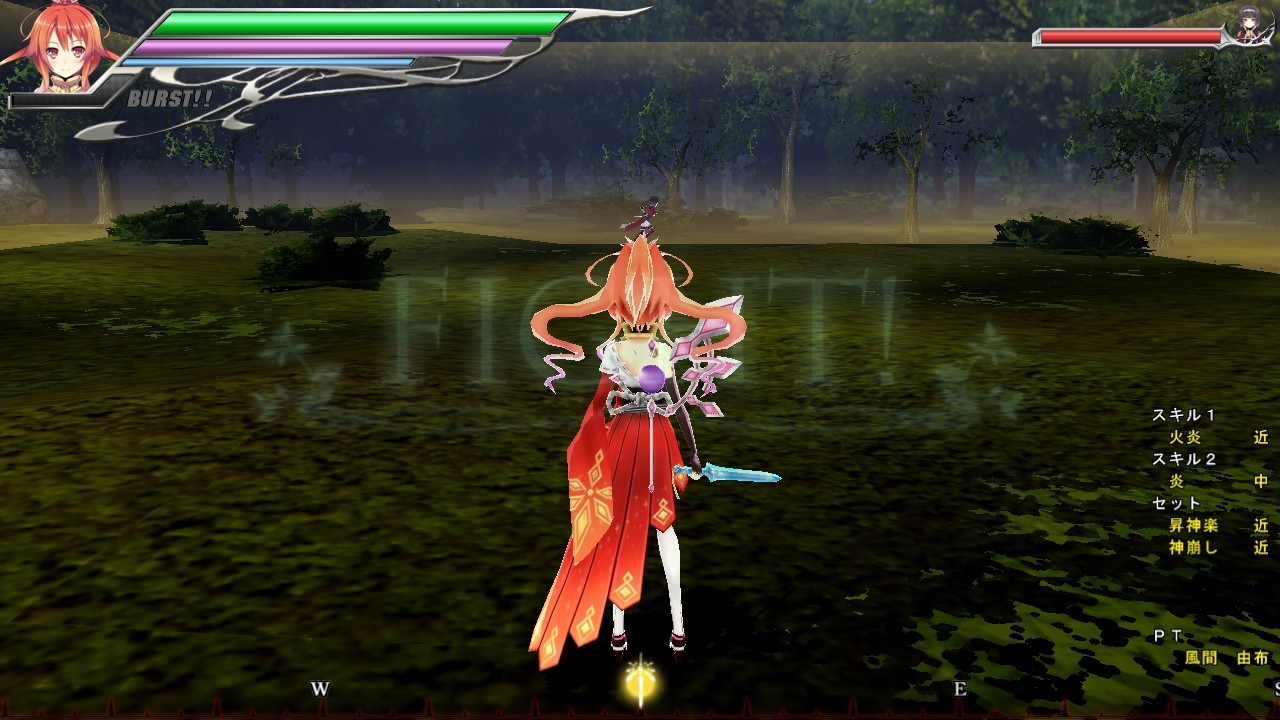 As Kanae tries to become a powerful shrine maiden, so that she can be selected for the yearly ritual and see her mother, you learn more and more about what is actually going on in Otofuse.

Why is the shourai-kai trying to kill Kanae? Why must Kanae become a shrine maiden in order to see her mother, and what happened to her mother seven years ago? What are the strange beings living in the forest outside the school grounds?

I found the story very good, which was really cool for a yuri title, which often focuses primarily on the romance, not the story segments.

Towards the end, I was glued to the screen, wondering what would happen next, and the way the game was paced was quite nice in my opinion. Some people have complained about the writing of the story, but I found it absolutely fine. It was entertaining from start to finish. Now, moving on from the common route, I will only be able to talk about the Nagi route and the true ending, but honestly, you should play this game just for that. (Short version, it was great.) This is without a doubt one of my favorite yuri romances, ever. Kanae is goofy and funny, sociable and a little bit overly friendly with most people she meets. Nagi on the other hand, is a retracted, cold and cunning girl. (She is very intelligent when it comes to most things, but she isn't very good at social situations, unlike Kanae, and she is a bit of a tsundere under her closed off shell. Strange, but great mix.) At first, she uses Kanae for her own benefit, which is searching for an answer to a question she has had for a while. (Basically, what is actually going on? Nagi doesn't believe that the ritual and the shourai-kai is what it seems to be, and wants to dig deeper in order to find the truth.) Kanae wants to find her mother, and the two start working together. From there on out, one of the greatest yuri romances I have read unfolds. (And plot too, but pffft, who cares about that.

The two of them are literal opposites, Kanae with her warmth and her flames, and Nagi with her cold attitude and her ice. (Going back to the powers I mentioned earlier, the true image of their soul is reflected in the shrine maiden's powers, which is summoned from a special stone they all have. (Kanae recieved hers as a gift from her mother years ago.)

So, for the closed off Nagi, we have ice. And for the warm and loving Kanae, it's fire. As Kanae learns more about Nagi, she decides that she wants to be the one to "melt Nagi's ice," which is honestly one of my favorite quotes ever, and the two of them just fit so perfectly together in the game, as they are literal opposites. The pacing in Nagi's route is absolutely perfect, and the romance is slowly but surely introduced, so not rushed at all. There is also a fairly small amount of H-scenes, 2 for Nagi if I remember correctly, both of which happen at just the right time, which made the relationship between the two seem all the more real to me. (It's not like Koiken Otome, where you are showered in H-scenes fairly early on.)

The fact that Nagi is the true heroine in the game is so, so right. She is a really great character, and her paired up with Kanae makes for a fantastic couple. One thing that did dissapoint me a little with the game was Nagi's normal ending, which in all honesty, is a "bad" ending, not a "normal"/"good" one. (It's very bittersweet.) The fact that you HAVE to play through the rest in order to unlock the true ending makes the time between the real Nagi ending and the "bad" one too great, and if you are going to play the game, I honestly recommend getting a 100% save file, so you can do the true ending in all it's glory right after Nagi's normal end.

The rest of the cast and a conclusion

The rest of the cast in Seisai no Resonance is great, with a few rather standard template characters like Yuu and Mako, but even they are quite interesting, and although I didn't play their routes, I very much enjoyed what I saw of them in the common route and Nagi's route+ the true end. My favorite character besides Nagi and Kanae has to be Yayako, Nagi's only friend before Kanae. She is such a hilarious character, and I will definitely be playing her route at some point. (And yes, that is a cat on her head.) 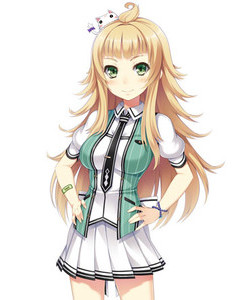 Overall, Seisai no Resonance is a really great yurige with an interesting plot, well written romance and an interesting cast. The gameplay, although well made, serves more as a distraction from the story, and could in all honesty have been removed. But, despite that, I really enjoyed the game, and would strongly recommend it to all yuri fans.