Hey, it has been a while since I wrote a blog entry. I did make one not too long ago, when the Maggot Baits TL got announced, but thanks to the forum rollback, that got purged. (Thanks a lot Nosebleed. Yeah, we know it was you!!!)

Anyways, in this blog entry I'll be talking about the guro game that got released by Bug System about 3 weeks ago, Shi ni Iku Kimi, Yakata ni Mebuku Zouo. I picked this up after @Kawasumi told me about it and asked if I wanted to read it with him, (thanks for that by the way, love you <3), and I was completely hooked after just a few minutes in the game. Now, I know guro isn't everyone's cup of tea, but I just really wanted to write something about this game, so here we are.

The game has a very simple but effective plot and story, though it was a lot longer then I was expecting. (The 2-10 hour marking on VNDB is right on the edge; the game is a hell of a lot closer to 10 than 2. Depending on your reading speed, it could definitely feel like a medium game.)

At first glance, I thought this was a mere guro nukige, but that was not the case at all.

A few small details before we start: The game is NOT translated, at least not at the moment. The difficulty of the game is honestly not very high. I'd say beginners can give this a go without running into many issues. You'll find some words you aren't familiar with unless you read a lot of guro, but it's not very hard to understand it if you use a text hooker and parser. Honestly, if you really want to try out the game, you might actually be fine with a machine translation. Test it out and see for yourself. Main point is, the game isn't very difficult to read.

Let's get into the story:

It happened without any warning.

In a world that was peaceful, superior beings suddenly appeared.
They one-sidedly massacred humans, and the world was swallowed by a whirlpool of chaos.

While our heroine Mia was shopping with her family, she also fell victim.
With her father, mother, and older sister dead, she desperately tried to escape, but before she could a different superior man appeared before her.
Falling into desperation and prepared to die, Mia took up a knife and stabbed the man.

The next second, she lost consciousness.
Not knowing what had happened to her, she felt a great pain on her stomach.

"You hurt my body, now I can't allow you to die easily. Your sin... deserves ten thousand deaths..."


Pulled from the VNDB description. Basically, Mia stabs a "superior-man" (that is literally what they are called in the game,) and he swears she will die ten thousand times as punishment for her grave sin.

Some more information on these "superior beings", they look like humans, but are seemingly immortal, can use magic, feed on humans and the lot of them are just a gang of messed up bastards.

Mia wakes up in a mansion, and soon finds out that this mansion has been taken over by the superior-man she stabbed. He explains the "rules of the mansion" to her in a completely calm and collected tone of voice. (Then crushes her arm to bits after the explenation. What a nice guy!)

To sum it up, Mia can do whatever she wants inside the mansion and no one will try to stop her, (she can even try to escape if she wants, but it will be futile, as a barrier has been put up around the house, and the only way to turn off the barrier is to kill the man.) Mia's room is "magic", and it will heal any injury, no matter how serious it is. Basically, even if Mia is dead, as long as a part of her corpse is brought up into her room, it will heal over time and bring her back. The reason this room exists is simple: the man will do horrible things to Mia whenever he feels like it, torturing and killing her, and the only way to stop the loop of her being murdered then resurrected is to kill the man with her own hands. Now the game begins; Mia has to look for a way to kill the Superior-Man in order to stop the loop. Also, one small detail that is important to add in is that whenever Mia dies, her memories get all messed up. (The ressurection magic isn't perfect.) This means that you as a reader will be confused as hell a LOT of the game, because you see things from Mia's point of view, and many times she will wake up having forgotten lots of things while the game kept on going, which means you won't get what the fuck is going on at first. (This is a good thing though, as the confusion adds to the suspense in the game when Mia walks around trying to figure out what is going on and how she can save herself and the others trapped in the mansion. Of course, all the confusion is cleared up in the end, so if you stick with it, you'll get all the answers you want.) Sadly, it did also make the game repeat itself a lot, which wasn't a deal-breaker, but it did get a bit boring after a while. "Mia wakes up, wonders where she is, puts on clothes, walks out into the hallway, goes down to the dining hall." Rinse and repeat.

The art, music, CGs and backgrounds used in the game are all freaking stellar. It's very high quality stuff. The music is great, and adds to the feeling you have of being trapped in a mansion with a psycopath walking around. It's such a simple horror setup, but it's pulled off so well in the game. The art is quite hilarious actually, because it has a strong moe feel to it. (But, this game is not a moege, obviously

Here is a CG from the game, so you can see the amazing moe art in all its glory: 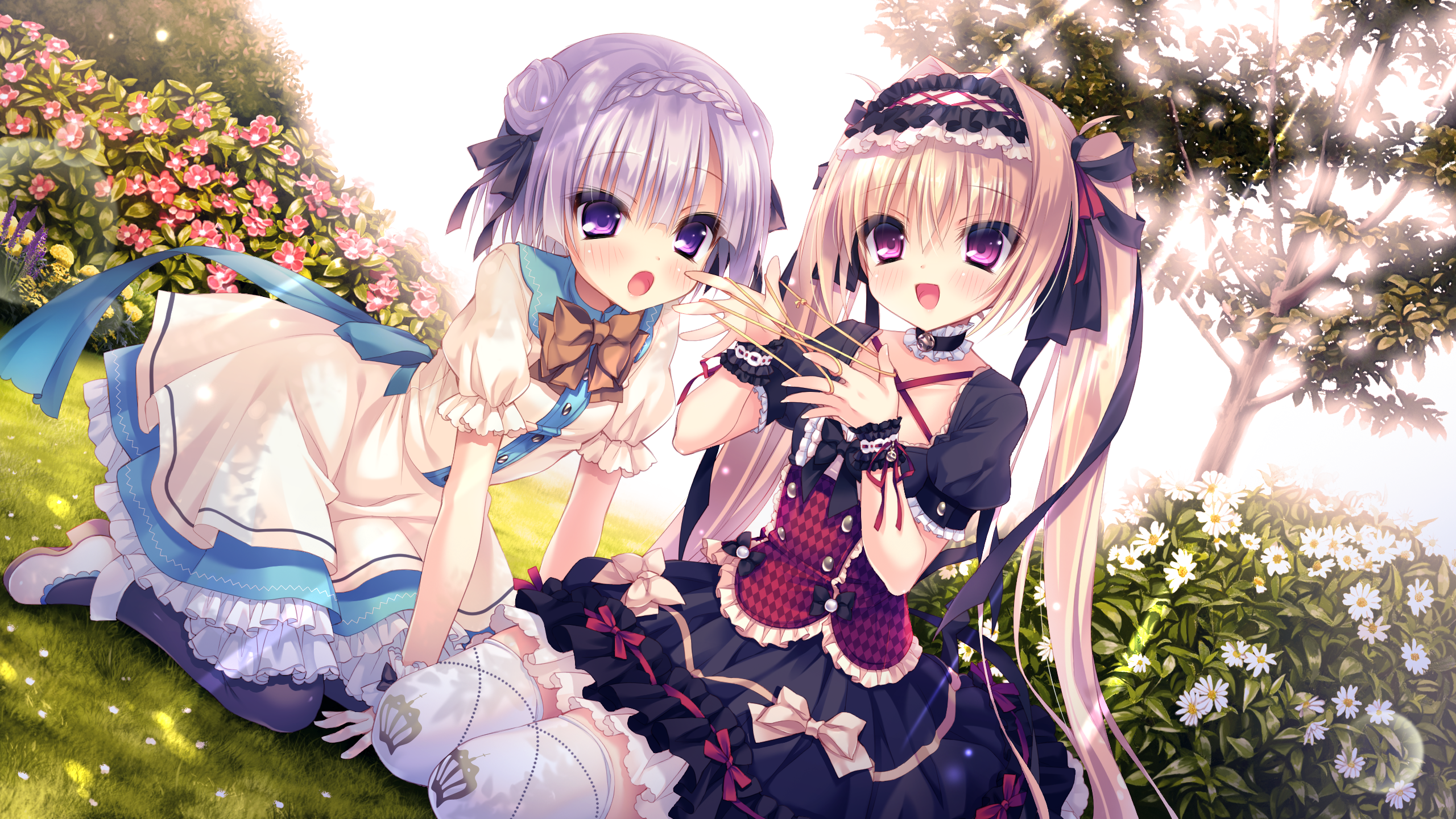 And to get a taste of the dark elements, and the great music in the game, here is the game's opening. (The censored youtube version.)

Anyways, like I mentioned in passing earlier, there will be other people in the mansion as well. These people are humans the Superior-Man caprutres for food, and some of them he chooses to use for toys, kind of like Mia. During the game, you get several choices that will let you choose Mia's and the other girls' fate in the mansion. Make a wrong turn, and ... well, you'll figure that out on your own if you choose to play the game

Some of the other characters will try to help Mia plot out a plan to kill the Superior-Man, and you will be able to decide how you proceed with the plan and so on. Some of the choices will "reward" you with unique CGs and scenes that you cannot get otherwise, making for some decent replay value. The game also has a large amount of endings, (I believe it has around 7 or 8,) so you can keep getting different outcomes depending on your choices.

All in all, the game is freaking awesome for those who likes dark horror games. Of course, the game focuses heavily on H-content, and several of the scenes contain some fairly "spicy" fetishes, so it's not a game everyone will enjoy, but like I said before, this is not a pure nukige. There is a clear story and the game has a purpose. Everything that happens in the game adds to the story in some way, and as you continue to progress through it, you'll be dying to figure out what happens next.

That's about it, (this might have turned out a bit messy, sorry for that. Just really wanted to write something about this game real quick.) I'll be trying to get out more blog posts in the future, as I have been way too inactive with my blog after I finished The Last GM Standing.

Anyways, thanks for reading! Go play the game!