MDruidd last won the day on May 31

Hello, someone who saw my profile

My hobbies are playing football and playing basketball

is my daily go to college and downloading anime and visual novel.,
after downloading them, I play it and see it.,
now I've seen the movie and collect as many as 525, not next season: D
it all including OVA, OAD, ONA, Special nor Movies !!!
if the visual novel, I just passes it a few months ago.,
and now i have 40 titles
I am very happy with them, and very crazy
MY FIRST ANIME
Death Note 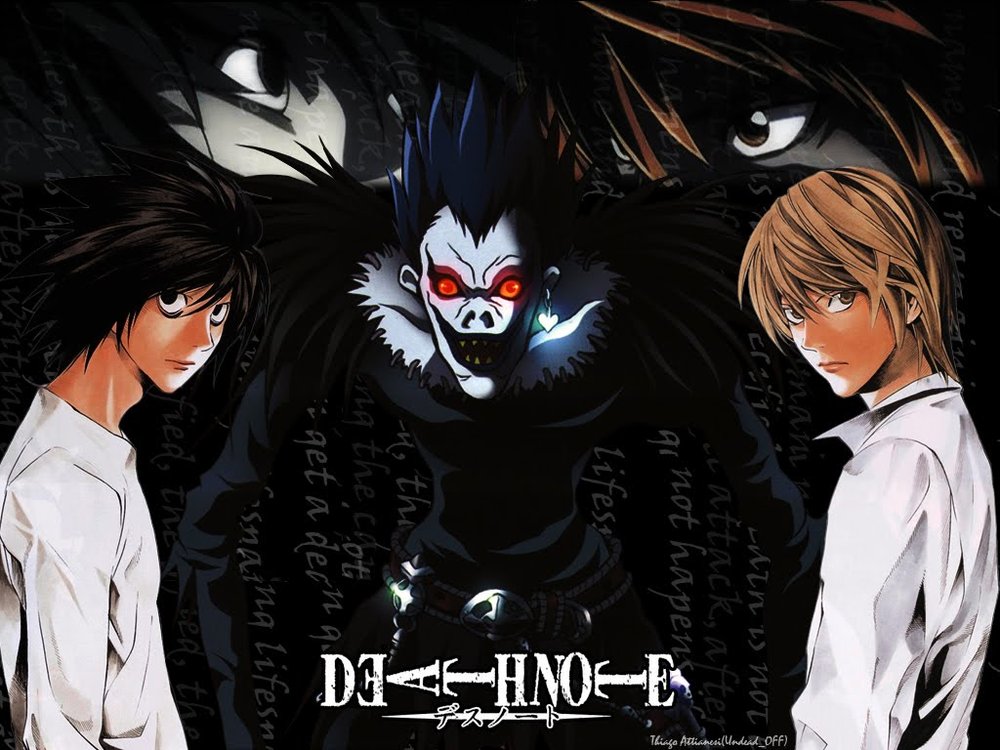 Yagami Light is a 17-year-old genius from Japan who is tired of his life, school, and the state of the world as he knows it. One day, on the way home from class, Light stumbles upon a dark notebook with "Death Note" written on the front. Intrigued by its appearance, Light reads the first few sentences, only to find out that it states that anyone whose name is written inside will die. Discarding it as a joke, Light continues his daily activities. Soon after though, his human curiosity takes the better of him and prompts Light to try the notebook, discovering the truth behind first sentence. Now, with power in his hands, Yagami Light is on a quest to change the world and become God of the New World. His path to holy status won't be easy however, as another genius, known as L, is working against Light's beliefs and Light himself. Who will win this power of Gods between humans?
MY FIRST VISUAL NOVEL
Kira☆Kira Curtain Call This is an after story of Kira Kira. It has two parts: First and Second Stage

First stage concentrates on hotblooded young guy named Souta Honda. He loved two things in this world: rock and his childhood friend Yui Hoshimoto. But attempts to improve relations with both always turned out a total disgrace for him. After one more fail he promised Yui that he'll form his own band and became "bright like the sun" to make her love him...

Second stage is, in a way, a continuation both for Souta's story and original Kira Kira story. It tells about preparations for the large concert celebrating the 5th anniversary of Murakami's group, Happy Cycle Mania and bonds all old and new characters together. You play the role of Azai Kyousuke, the son of a legendary gangster infamous in the underworld. You spend your time listening to Bach, playing God at school and covertly working for your stepfather, a ruthless financial heavyweight. This idyllic existence is broken when two individuals appear in the city - a beautiful girl named Usami Haru with hair you could get lost in for days, and a powerful international gangster known only as "Maou". Almost without delay, the two begin a deadly cat-and-mouse game, bringing you and your friends into the crossfire. Plotting, political intrigue and layer upon layer of interlocking traps are the weapons in this epic battle

My Best Route In G-Senjou No Maou : directly, i like that because I really appreciate the story, and moved me to make my tears come out by itself.

when the problem has been resolved by Maou ,Kyosuke while protecting the emotion of police suspicion, he made his heart hurt until forced.,

he made as if the emotion was no association with him,he touched up humiliate loved ones cut ties with the closest people in order not to get into trouble, he bore all the burden alone, and finally he was in Jail for several years,
and when he came out of Jail, he saw a woman who was holding hands with her children.
he saw then, but he felt if she ever knew.,
and when approached by them, it turns out that emotion.,
the Kyousuke imagine if that child is a child of another person, but in fact the child was calling Kyousuke "Dad", and he didn't believe it.,
but explain when emotion and emotion already know the problems faced by it,
Kyousuke will finally accept reality.,
If you've never played it I suggest to play
Damn so Good !!!
My Best Visual Novel 2
Grisaia no Kajitsu Mihama Academy - on the surface, a closed learning environment established to nurture students who find themselves at odds with the world around them; in actuality, an orchard-cum-prison built to preserve fruit that has fallen too far from its tree.

Whatever the circumstances behind its establishment, Mihama Academy is at present home to five female students, all with their own reasons for "enrollment." For better or worse, each girl has established a routine obliging of her current situation; life moves at an idle, yet accommodating pace within the walls of Mihama.

Yet with the arrival of the institute's first male student, the nearly preposterously opaque Kazami Yuuji, the students at Mihama begin to fall out of step with their predetermined rhythms. Will Yuuji prove to be the element the girls around him needed to take hold of their lives once more, or will the weight of their pasts prove too steep a wall to overcome?

And in the first place, just who is Kazami Yuuji? While the true nature of the "job" he is wont to alight to at the most haphazard of moments remains shrouded in secrecy, one thing is for certain - his encroachment upon the quiet orchard known as Mihama Academy will prove itself momentous in one way or another. And of course, one cannot discount the possibility that perhaps Yuuji himself carries the weightiest past of any of the students.

My Best Route in Grisaia no Kajitsu : 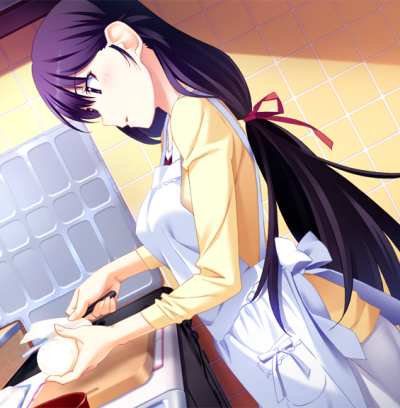 Im falling in love with her

but I really like the story as well.,
problems until plunging deep into the city.
I certainly like the good end, haha
while Yuuji remove all power to the entire connection help him, he was planning something at school,
and when Yuuji can push yumiko's father to get his blessing,
and when he visited the hospital issued a few to encourage him,
more?? read for yourself  LOL

Hoshizora no Memoria -Wish upon a Shooting Star- The story begins with the protagonist, Kogasaka You, moving back to his hometown, which he left behind several years ago. Upon arriving, he stumbles into an abandoned, sealed observatory, whereupon he encounters a mysterious girl who looks exactly like his childhood friend did years ago. She introduces herself as Mare, a shinigami who reaps nightmares.

Meanwhile, back at school, You ends up joining the astronomy club, which is in desperate need of new members. At night, he continues to visit Mare at the observatory, all the while trying to remember a certain someone's name.

My Best Route in Hoshimemo : i like the route because she make me some attention.,
when she risking her life for her family to be exact.
You then remove the power to make him remain in this world, and when the full moon he holds her hands tightly that makes a miracle
My First Love
Mashiro Shiina 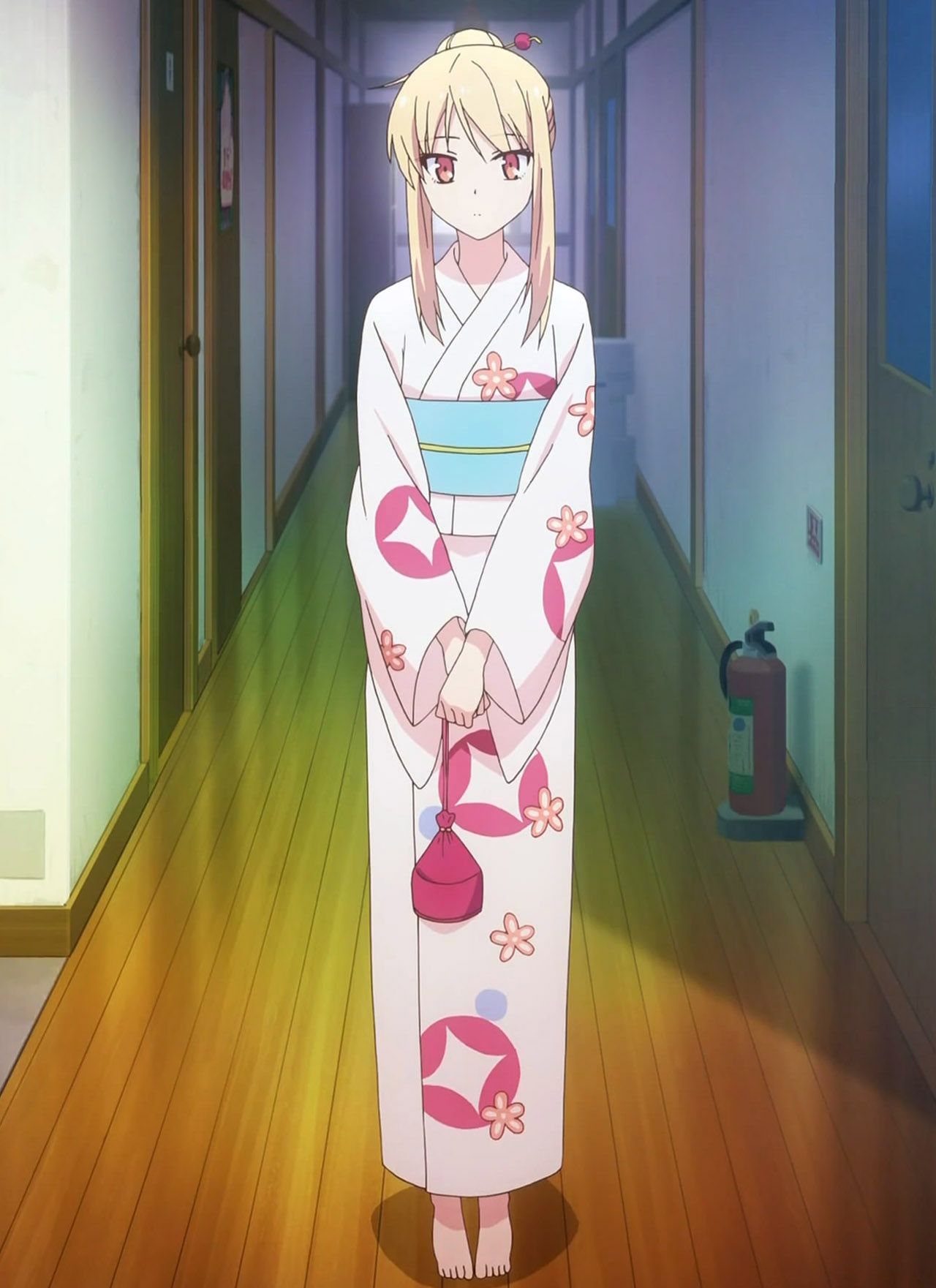 in Sakurasou no Per na Kanojo
Height: 162 cm

Mashiro is the female protagonist of the story. She is a the resident of room 202. She is a world famous artist who transferred into Suiko as a second-year to learn how to draw manga. Although her artworks are widely admired by the world in spite of her young age, she knows nothing other than drawing, and has an extreme lack of common sense and living ability. Due to this, Sorata is forced to handle Mashiro's living chores, to the point that he even has to pick out underwear for her, or she will go out without them.

She has very bad grades, since she cannot pay attention to the class, but she can still pass the make-up exams by remembering all of the answers with her art talent.

in My Girlfriend is President 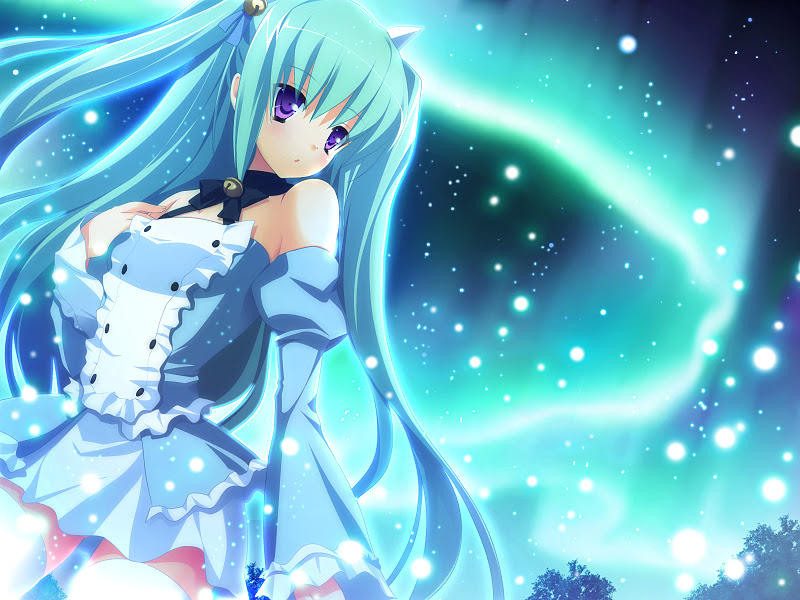 A state-of-the-art UFO that crashed into Nippon and becomes humanoid by using a transforming ability. Her identity is made top secret, and she protects the president and her cabinet as an SP agent in government. Although she is a UFO, she appears to have a fear of heights. Quiet and shy of strangers. A girl that leaves a fleeting impression in some respects. She has an earnest and obedient personality, and can be a natural airhead that takes jokes seriously and does hysterical things. She chooses to get close to Junichiro and take care of him in order to understand the love that's awakening inside of her. Due to having limited knowledge pertaining to sex, she obediently receives Junichiro's sexual harassment."Please teach me how to love."

in No Game No Life 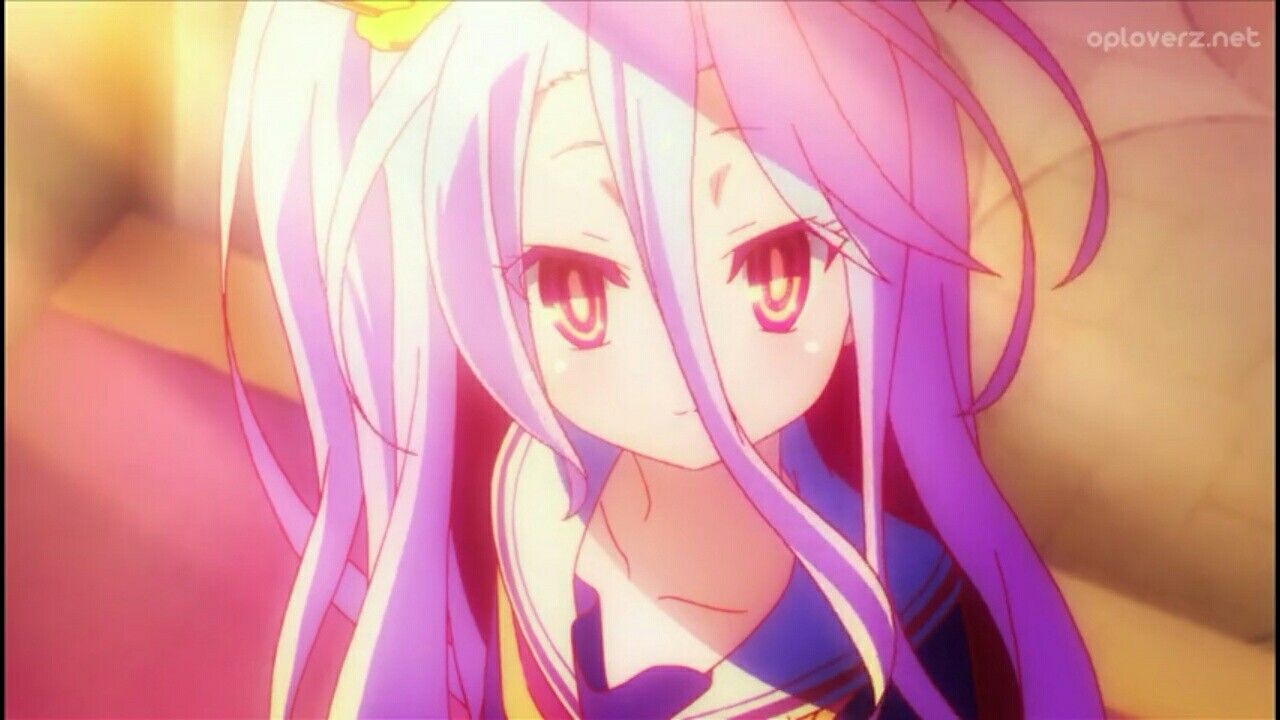 Shiro is a 11 year old genius NEET (Not in Education, Employment, or Training), hikikomori (shut-in) gamer along with her step-brother, Sora which formed 『  』. She is the main female protagonist.

Shiro is described as a genius in logic and problems, but has difficulty understanding emotions or behaviour, relying on Sora to help her defeat human opponents such as Tet in their chess match. She also rarely shows much emotion at all on her face and, despite her genius intellect, speaks in short terse sentences. Shiro is extremely close to her brother, to the point of needing him by her side at all times to be comfortable. She is also shown to have a dry and somewhat twisted sense of humour, and displays signs of jealousy if Sora pays serious attention to other girls, showing she has a brother complex.

it's just about me