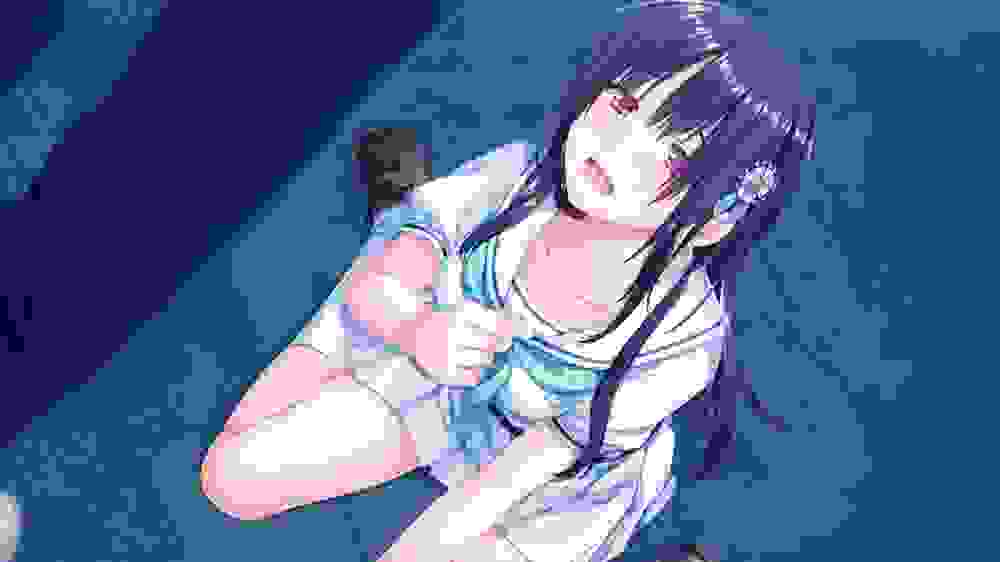 To be honest, my first thought after playing this game was: 'Yeah, this is a Looseboy game.' Needless to say, I don't always consider that a compliment. Looseboy has a tendency to prefer being opaque even where being opaque doesn't really serve all that well, as anyone who played Sharin no Kuni or G-senjou can tell you, if they can bring themselves to discard fanboyism.

Why do I say this? I say it because if I don't manage to get past that particular lump in the throat, I won't be able to properly comment on this VN.

First, this VN, like most Looseboy VNs, starts as a soft school story with a dark undertone that gradually overpowers the rest as the story goes on. This is his style, and anyone who played his previous games will be familiar with the pattern. I will say that this one does it moreso than any of his other VNS, as there is a lot of insanity going around... The mystery of the story is actually fairly hum-drum, though it is more occult-focused than any of his other stories.

Despite the vndb description, there is no battle royale aspect to the story. Rather, it is more intimately involved in the characters emotions, relationships, and conflicts. At the same time, the threat of the 'meeting' is always there in the background and is the source of the sense of lurking horror that infects the story as a whole.

In this VN, Looseboy drags you through the mud of the characters personal flaws and problems, and for those who don't like that type of thing, this is definitely not for you. On the other hand, if you like creepy atmospheres, despair, madness, and human drama, this is probably a good choice for you. It helps that the protagonist is likeable, most of the time, and it is actually understandable that girls would like him (an unusual occurrence in VNs, in general).

My final thoughts...? To be honest, while the last few chapters really did have a lot of impact, the buildup to the core story was a bit too drawn out and there was a bit too much focus on the personal drama, though that was understandable considering the nature of the occult threat. The ending... was ok, but I could have used a solid after-story rather than the five minute after-credit scene that basically says 'maybe we'll be all right'. Considering how much effort Looseboy went to make you care about Rumi and Renji, you'd think he would have had the forethought to give them a more detailed conclusion.

Edit: To clarify, the horror in this VN is mostly psychological, with only a very limited amount of bloodshed. Don't go in expecting guro, in other words.