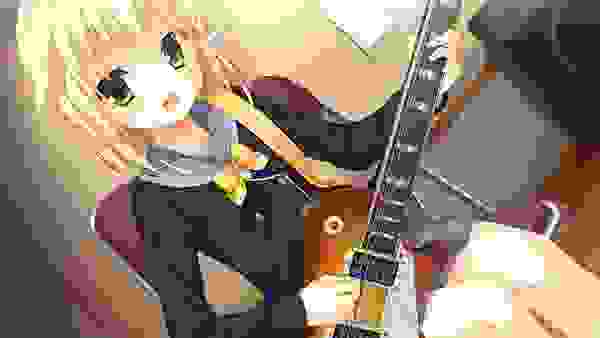 Wakana is the game's single sub-heroine, who is only accessible after you have finished both parts of Nene's route. It is slightly shorter than the other routes, naturally, and it splits off a lot earlier in the common route.

This route is entirely devoid of the fantastical aspects that were central to the drama of the other paths, setting them aside for standard love-comedy drama. Thankfully, this doesn't include a lot of meaningless ichaicha (in fact, the route ends really quickly after they become lovers). At the same time, Wakana serves as a contrast to the other heroines, in that there is no real sense of severe tension to the story, even temporary, and it ends with no real sense of accomplishment. That's not to say it is a bad route... it is just that it seemed out of place in the context of this VN's themes and story.

I can safely say that this charage is a potential VN of the Month entry, which is nice, considering the lack of such games last month. For those who like Yuzusoft's visual and narration style, as well as charage, this is a great choice. I won't say I can recommend it to people who like action or darker plots, because this lacks anything of the type, despite indications that they could have very easily used this setting that way.