Foreword: There are a lot of praising reviews of this untranslated game (1 2 3), which was a great surprise for me. Are we really observing a great mistreated masterpiece in this case? 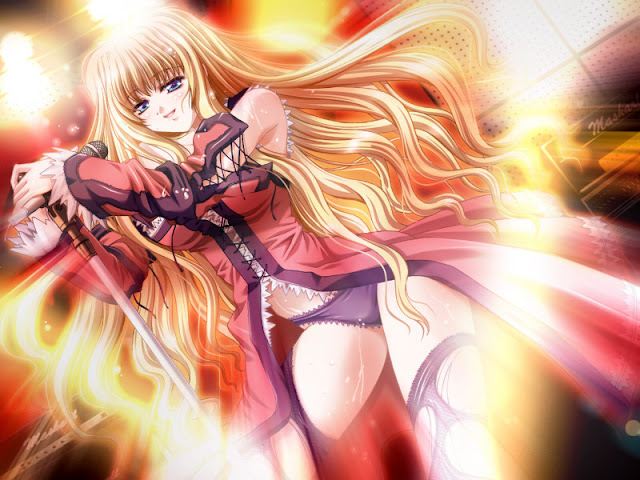 Synopsis: Just off the coast of mainland Japan is the island of Chisakura, home to a city of the same name, where the heralds of darkness are slowly gathering. Host to a prosperous economy, with a nationally renowned academic institution for young women and an equally upstanding medical research facility, the community has unwittingly attracted the attentions of dreaded supernatural creatures with few equals: vampires. Yet even these immortal predators have daring individuals who hunt them, and a secret war between the two powers is quickly racing to an apocalyptic conclusion. At the center of this nightmarish struggle is a man who has the potential to tip the scales in favor of one side or the other. His choice of allies - the hunters, the vampires, or none at all - may very well determine the fate of humanity and the undead. 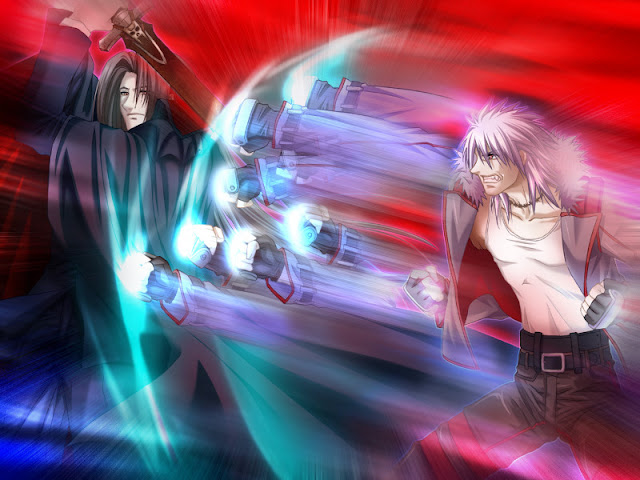 Since there are other reviews, just some personal impressions are enough. NO. This game is NOT a masterpiece. It was a huge mistake on my part to even launch this game without checking it out properly. Let's try to observe some of its elements. 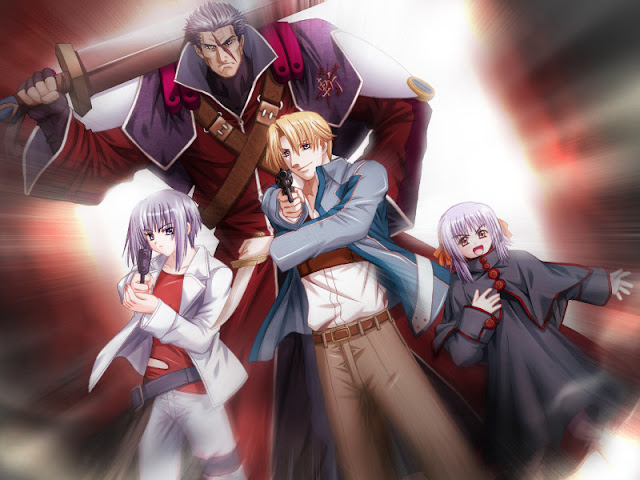 MinDeaD BlooD does have an ok story, but it's not a great one. The only "events" of the story is getting closer to different heroines and together triggering some kind of ending, often with action scenes. The "events" of bonding are dozens of H scenes with each heroine, over a hundred of events overall. Is there anything worthy about this game - action scenes / heroine stories / amnesia information recovery ? Nope. So why do all these people praise the story? Just one reason - because this game is a nukige. If nukige has some kind of plot involved, it's already treated as a great feat. And if there are complex routes and multiple different endings to contain mystery elements - it's fresh, it's new. Compared to Yami no Koe and Mushitsukai this game really has a good story. But compare it to any normal plotge - and MinDeaD BlooD becomes just an average nukige. 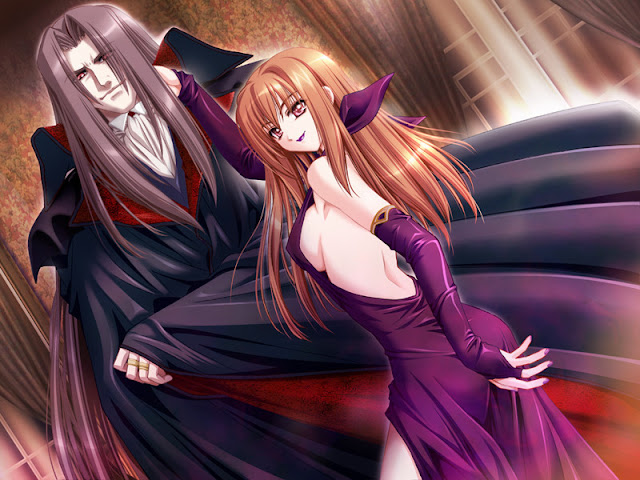 Game has over a hundred of H events, many have the same CG or slightly different CG. Those events are absolutely devaluated. They become mundane means of communication that repeat over and over during the 60 days course of the game. More than that, they are drawn in absolutely disgusting way, so it's no wonder reader gets an immunity over those and just skips them. When real heroines have their final bonding event, there's no emotion left for it, it gets skipped as well. Nukige nature of the game leaves a stamp of disgust on all its elements and really hinders evaluation of the story. 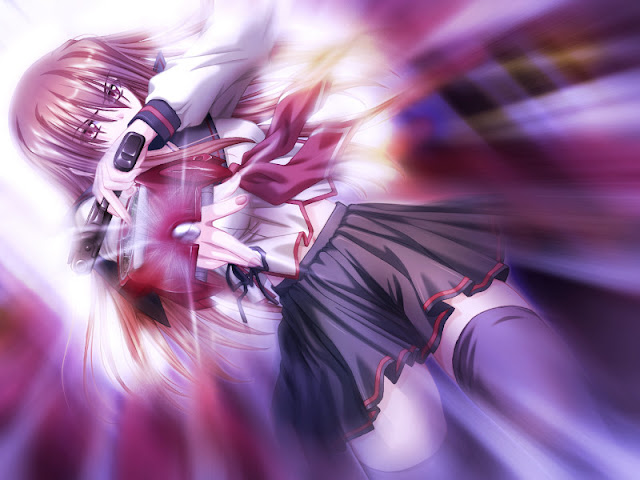 The only way to get game and story interesting is to introduce really interesting characters that start to live on their own creating meanings. I absolutely can't see serious heroines behind these chunks of meat. Protagonist Shizuru with his cool attitude is ok, but basically he is a serial rapist, and I don't have the slightest desire to get to know his psychology. 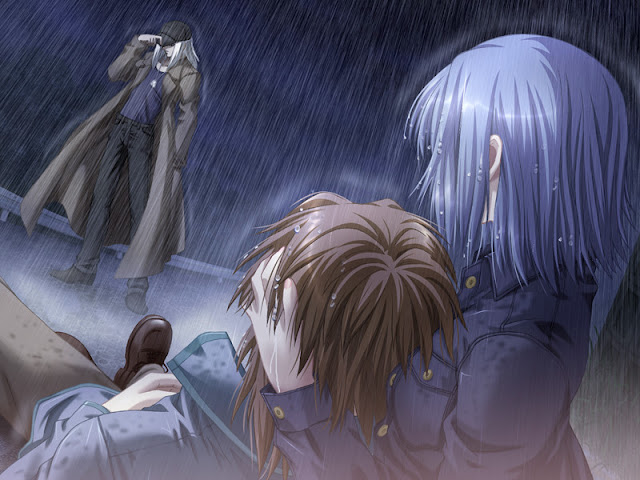 Game composition is absolutely horrible. For each of 60 days we get to choose where to go both for Shizuru and vampire twins Mana and Mayu. It's absolutely impossible to do anything without a walkthrough here. Even with walkthrough it's very easy to screw something up. There are some 27 endings (don't cite me on that) with some 15 being named ones. But among those named ones most are still bad endings. Some endings only take couple minutes. Some are only accessible through normal mode (not easy mode) and only prior to clearing the rest of the endings. It's really a mess. There aren't heroine endings, just some named ones. Gameplay is such a torture. Hopefully, I covered all the big branches in my video. I really wanted to see all the meaningful branches to be able to evaluate the story properly, but this game does not care about readers at all. In the raw outcome, MinDeaD BlooD can't be compared to normal plotge like 3days ~Michiteyuku Toki no Kanata de~. It has such gross nature, that it can be compared only to fellow nukige games, and these review scores of 7/10, 8/10, 9/10 should be treated as 7/10, 8/10, 9/10 among nukige games where having any kind of plot is already a boon. Vampire theme got a boost after Tsukihime, but none of the vampire visual novels were able come close to it. I call it Tsukihime curse. 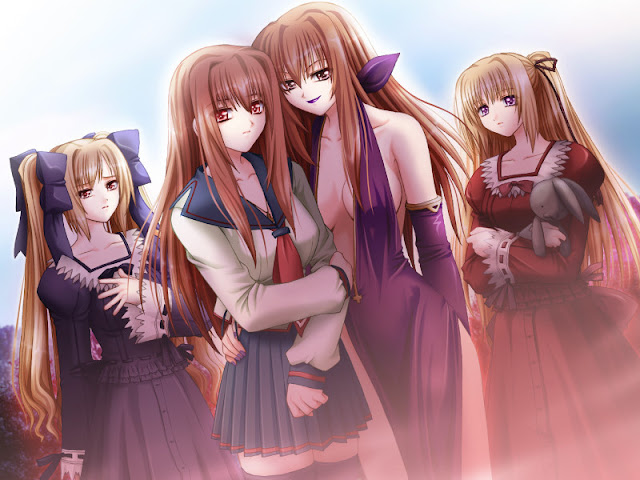