Hello and welcome to this year’s first EVN Chronicles Steam Curator Clean-up, where I look at the games that were sent to me in the past six months through Steam’s Curator Connect, but were either too small to warrant a full review, or I simply couldn’t cover them in detail due to time constraints. When I first did this kind of posts last year (you can check them out here: Part 1, Part 2), some of the games featured there waited extremely long for being covered. Because of this, I’ve decided that from this point forward, I’ll make this a twice-a-year event, being sure that every VN given to me gets its space on the blog within a reasonable time period. As always, I’m extremely thankful to all the developers that send me their work for assessment and it saddens me whenever my impressions are negative. I hope, however, that the feedback I can offer will be valuable to them, while believe it’s my duty to my readers to warn them against buying a game I find lacking. So, setting the introductory drivel aside, I hope you enjoy this brief overview of these four interesting VNs sent to me during the first half of 2019! 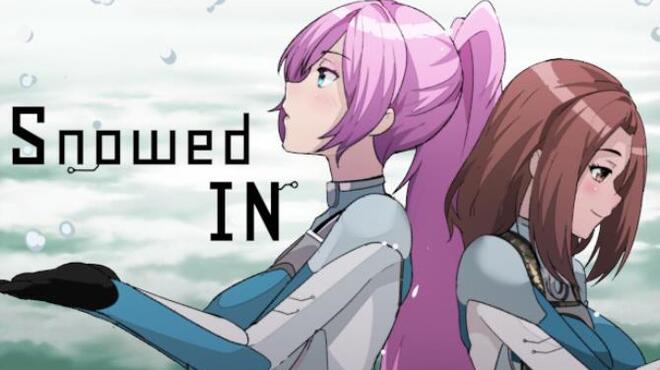 Snowed IN is an unusual yuri nukige, focusing on pair for soldiers in the distant future, where cybernetic enhancement of the human body has reached incredible levels of sophistication. The protagonist, Sigma, is an experienced spec-ops officer who has modified her body to the point where little of it remains organic. For an infiltration mission against a cell of anti-augmentation radicals, she’s assigned with a fresh, talented recruit – a full “natural” named Linde, whose presence in the military is connected with an affirmative action plan for those not augmented. The two polar-opposite individuals, both through their background and attitudes, have to work together to survive the extremely dangerous assignment – and the mission itself hides even more threats and twists then the initial setup would suggest.

Sounds intriguing? It surely does, but the fact this is a nukige, and a very short one at that (up to an hour and a half of content), should be taken into account when setting your expectations. The game explores its main themes rather briefly, often switching to sex scenes that are only vaguely justifiable in the context of the tense plot – the writing and main intrigue are solid, but simply too rushed to provide a compelling narrative. There are also some highly-questionable elements to it, especially in the rather distasteful bad ending – that’s definitely one point at which h-content was very unnecessary, even if those scenes are the “main point” of the game. As a piece of yuri smut in an unusual setting, it's definitely not the worst thing around – just don't expect anything more than that.