Foreword: It took me a while to get interested in this grandfather of all modern charage and moege. It took even longer to finish all the routes. I doubt I will ever pick a moege for review, but I need to see fundamentals with my own eyes. There are quite many reviews found, but only one of them (7nightstranslations) actually was reviewing a finished game, but still it was too short and only touched a few heroines. I'll have a word about each heroine at least. 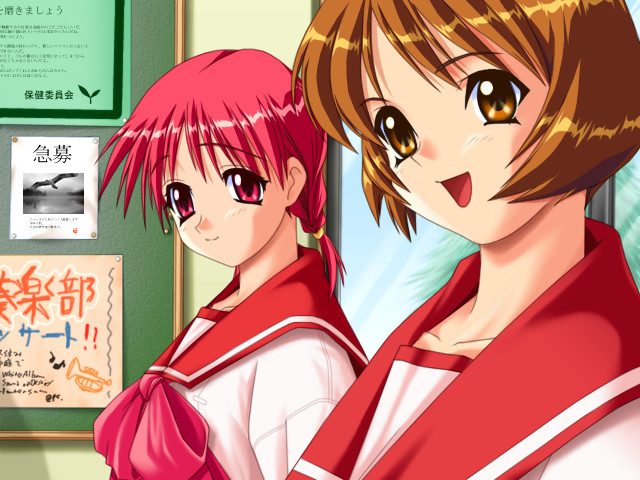 Synopsis: In this game, you play as Fujita Hiroyuki, a high-school student who seems to have more interest in romance than in his studies. In his school there are several pretty girls, and his goal is to be nice to one of them, to make the right decisions when talking to her, and ultimately to win her heart.

Length: Took me 34 hours for all routes.

Difficulty: Only the two main heroines routes are tricky, the others are easy.

Rating comments: Let's say honestly - from modern point of view game is trash. It's a very generic school moege without plot or any interesting character development. It's a torture to go through and there's little satisfaction in beating the game. So why did I rate it as masterpiece? The whole point of charage and moege is in characters and this game indeed has two very nice character stories. About that in proper section.

Protagonist: Fujita Hiroyuki is a very generic high school protagonist who can't sneeze without our command. 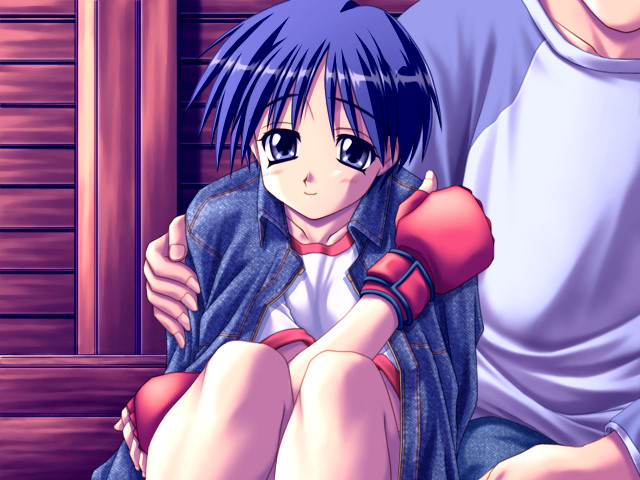 Characters: There are 10 characters for capture. I rate the routes from best to worst in the following sequence: Multi > Shiho > Ayaka > Aoi > Tomoko > Lemmy > Akari > Kotone > Rio > Serika.

Serika is our ojousama with interest in magic. Her route is one of the most boring ones, but what actually makes it unbearable is that she does not talk. Well, as I counted, she said 8 phrases overall with most of them being one word phrases. Her final like included as much as three words! "Fujita-san, suki...". It's surprising how she even continued to stand up after such long phrase. Really, her seiyu should be omitted from credits.  The whole route I was feeling that I read 1997 year original work without voicing.

Rio is a poor girl who has to earn money for mother's operation and to take care of her younger brother at the same time. It's the weakest story plot-wise since Fujita did not actually move a finger to help her, only encouraged her to work harder at all her jobs. What a bastard!

Kotone is our esper. Fujita first tries to persuade her that she's a normal girl without powers and when fails at that wants her to teach him to gain same powers. He fails at that either the very minuscule drama resolution of the route really leaves unsatisfactory feeling.

Akari is the main heroine, but she's too much of a failure. First of all, her sprites aren't all beautiful. Secondly, it's kind of a rule that childhood friend should be of genki type, but Akari just nags and cries. The main feature of her route - drums, drums, drums - is changing hairstyle! What kind of drama move is that? Akari does not have her own will and that leads to pretty ugly resolution.

Lemmy is totally cool half-american heroine, but her route is one of the weakest, it's basically not about Lemmy, but about her big crazy family.

Tomoko is our diligent class representative megane type. It's pretty cool how her snobbish attitude averts class members from her. Even Fujita only gains bad gazes in return at every move. But as her circumstances become evident there's quite a lot of sympathy towards her in the end.

Aoi is our cute martial artist. There's nothing even to add here. Route is full of cuteness and trainings resulting in impressive match.

Ayaka is our cool martial artist, sister of Serika. Ayaka is the mature version of Aoi and is the only character not available from the start - first Aoi and Serika routes need to be beaten. Ayaka route is pretty cool is there's a change of pace from the school grounds - heroes spar daily at the riverbank. Ayaka is both genki and free spirit. Her sprites are often weird, but voicing is perfect. So Ayaka takes the third prize.

Shiho is our second main heroine as her presence pierces all the other routes and because she's main friend of Akari. Shiho route is also very tricky to trigger since it's the route that has little to do with love and is entered upon meeting seemingly illogical prerequisites. Shiho is of genki type. She also is a rumor house and the queen of karaoke. The three songs she sings during her route are very impressive - those are old opening theme, new opening theme and totally new song. The main feature of Shiho route is love triangle and she's the total opposite of Ogiso Setsuna from White Album 2 if you know what I mean. But what delivers the most is the ending - absolutely cool and mature one.

Multi is the true queen of the game. Her route is compressed to just 8 days and thus feels the most integral. She's an android of new type. Almost every scene with her has some cute element or situation, so it's the only route that I could read without distractions. It's the only must have route to play, so would not want to spoiler here. 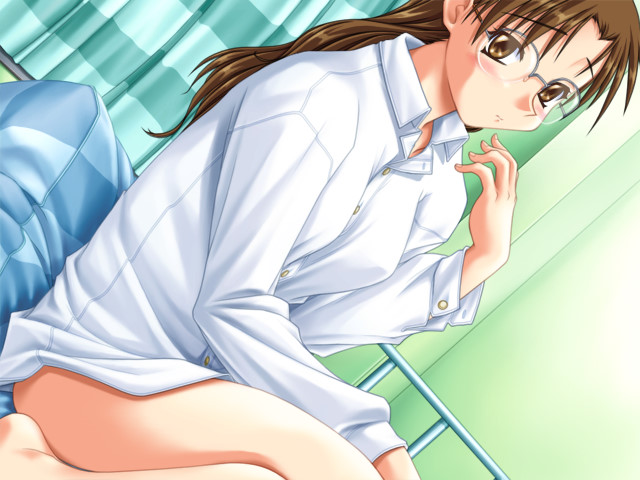 Story: None. Choose the portraits of the target heroine and give good answers when needed. The rest depends on the route.

CG: Each heroine has about 10 CG in PSE version which is quite enough.

Sound: BGM is fine and praised a lot, but after so many routes it really started to irritate. Voicing is mostly great.

Overall comments: Now that was a short review. Can't say I enjoyed the game, but I definitely feel like I understand eroge history better now. Could not get it before why Comic party anime had so many references to Multi doujins. It's the first fundamental charage and there are some inevitable mistakes made, but at least two routes are worth reading to get to understand the media better. 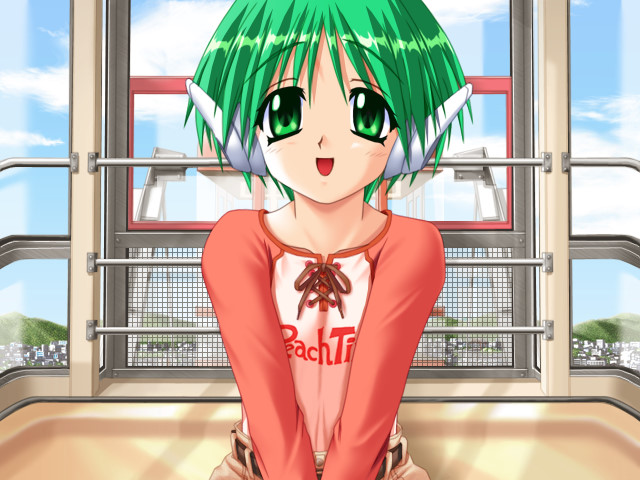