Foreword: There is a good number of English reviews on this game (1 2 3 4), but those are all kinda short and non-structured. Now I know why and mine won't be an exception. You'll know why soon enough as well. 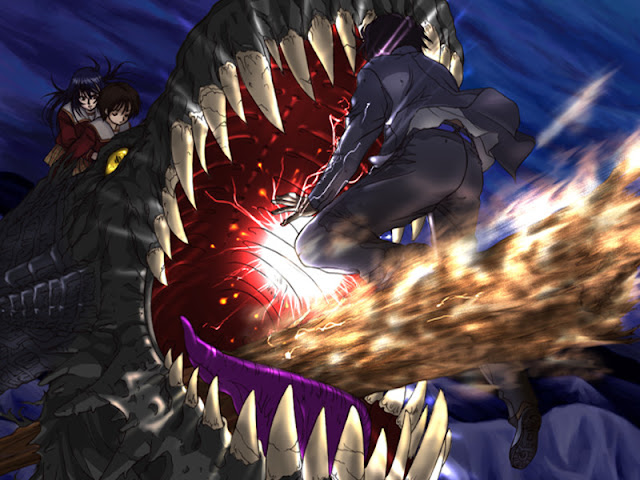 Synopsis: This story starts out from the perspective of a high school student. One day a transfer student comes to his school, and tells him she’ll kill him. At the same time, he starts seeing weird dreams and people mysteriously gets killed in his city. Soon he realizes that them two are incarnated personalities of a man and a goddess that fell in love 1000 years ago. Since then, they have been trapped in a cycle of reincarnation and a battle against an evil god.

Length: Took me 66 hours for all routes.

Difficulty: I followed walkthrough, so not too sure on difficulty. There are some fake choices, but there are also choices that lead to game over. And there are a LOT of choices, so it must be quite difficult. 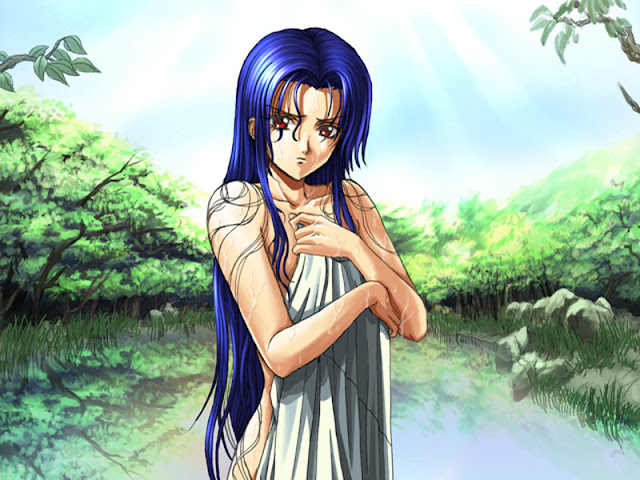 Rating comments: This is one of the most ambitious projects I've ever seen. Just imagine - 66 hours. 66 hours of not raising stats, killing monsters or chasing girls over and over. 66 hours of pure text reading time. There's nothing like that in the 1990s and it won't be beaten till 2000s. You know, in many Japanese reviews of the time volume is a very important factor and there's often such criteria as cost-efficiency. Visual novels cost a lot and compared to solid books they used to lose all the time. But everything changed with Kuon no Kizuna. It became a paragon for both volume and visuals.

I liked protagonist and characters enough, but they don't become cozy. They remain transcendent beings piercing the veil of time in an epic story, not really likable characters who I could respect for their characters or decisions, that's why it's 7/10. The story is indeed epic, but it does not go smoothly. We jump from reality to three periods all the time and the shifts aren't really explained, they just happen. I also did not like it that the first half of the story is pretty much the same for all three heroines and we just have to read it three times with little variation. That makes story only 6/10. But the quality of the game is superb, especially with full voice (excluding the protagonist though). The graphics are stunning and visual effects amazing. No complaints with the quality. 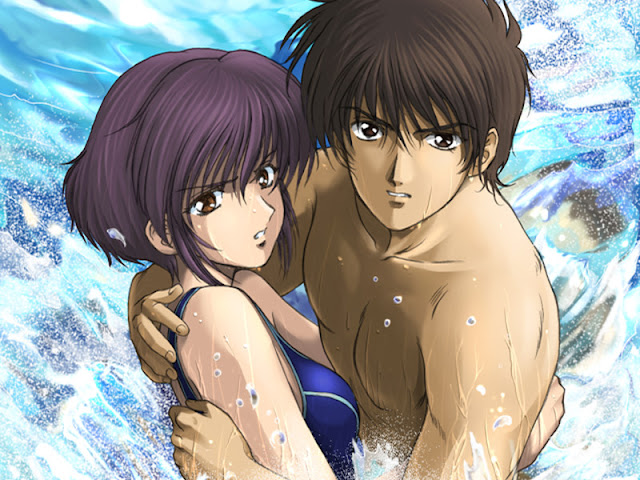 Protagonist: Mikado Takeru is a strong protagonist as he constantly has to protect those who are dear to him and he's the only one who can oppose demonic forces thanks to his demonic heritage. He's a one man army and hardly ever gets any help from the side. He'd be more realistic with voice, but he's quite cool even as he is now.

Characters: There are three heroines who have their own routes.

Takahara Mayou is our mysterious transfer student who greets Takeru for the first time with words "This time I will definitely kill you".

Itsuki Shiori is a childhood friend who Takeru lives with under the same roof.

Tokiwa Saya is the class teacher. 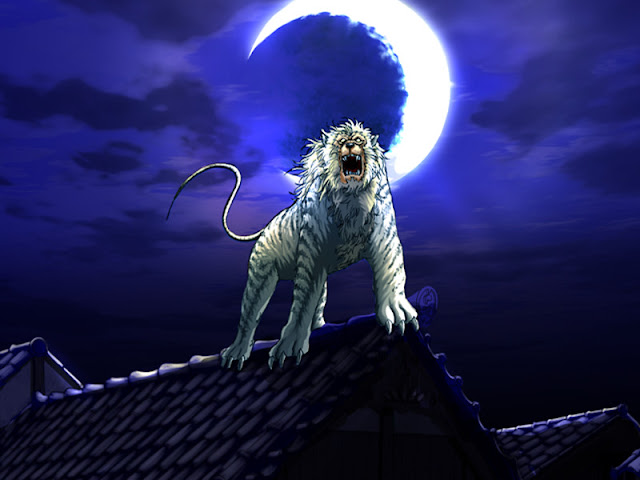 Story: The rant part. So each heroine has her route... but it's the same route, at least for the first half of it. In the second half some periods are developed for each heroine, but still there's a very strong feeling that you're watching the same story and it irritates a lot.

There are four periods: Heian, Genroku, Bakumatsu, and the present. Present and Heian are really the same and those are the most boring parts, especially Heian. Heian focuses on a an ancient period of Japanese history where nothing really happened for dozens of years and that's why it's full of myths and legends - because there was nothing to do there. In Kuon no Kizuna Heian is when beasts invasion starts and it differentiates just a bit in the end depending on the heroine chosen throughout it. I especially liked Bakumatsu period for meeting and fighting alongside Shinsengumi (and sometimes against) and kunoichi. 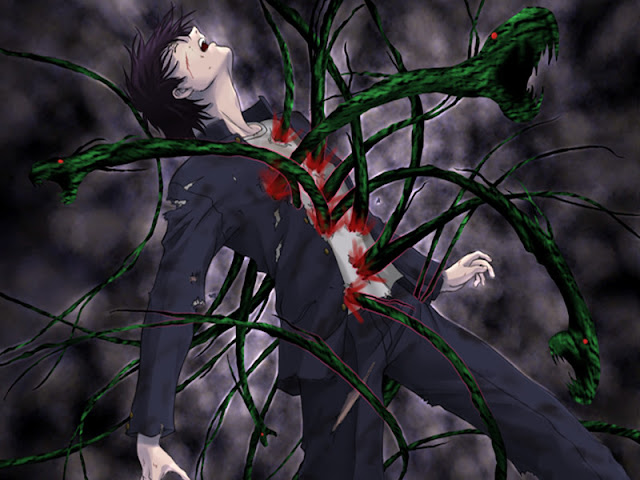 But there is a great problem with these periods - they aren't really connected to each other. People can die there or love there and in next period everything starts from scratch. That creates the feeling of multiple stories and I really dislike that genre. Nothing really happens throughout those stories, then beasts arrive, the short drama and it's over. Heroines aren't really able to hold attention. But what's worse, the heroine of your choice have play very small role till the very end of each part.

But then comes the fantastic Special route №1 that arrived later with remake as an attempt to tighten the crumbling main story. Special route №1 lasts for some 7 hours, holds a totally new epic story with really great enemies and is a great ending for all the characters, so I can't praise it enough.

The Special routes №2 and  №3 are there for comic relief after all that superserious narration.

So overall the story really sucks, repeats itself in routes and has poor tempo. But the great special route makes up for it. 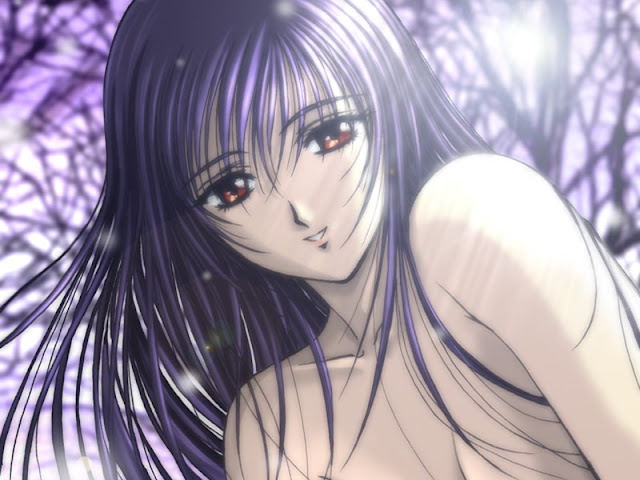 CG: Just fantastic. See for yourself.

Sound: I really appreciated full voicing and beautiful BGM. That kept me from sleeping.

Overall comments: This game was created to surprise the imagination. It has huge length and astonishing visuals, but there still was no culture of such huge coherent stories - thus the multiple periods format with lousy links between them. Dialogues are long and not too meaningful, fights are inevitably dull and poorly written, heroines fail to catch attention and the absence of humor makes it all a real torture. The sudden jumps between periods only add to the confusion. But this game bears a huge importance for the industry as it made long story-driven visual novels without gameplay elements viable while only dating SIMs, charage and nukige governed the ball. 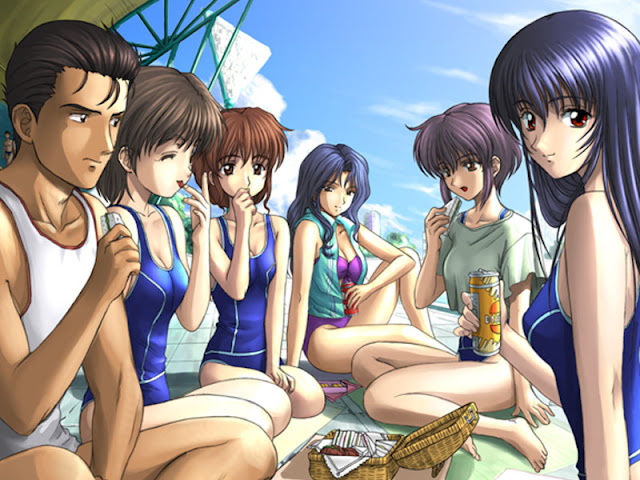