The Heart of Chuuni 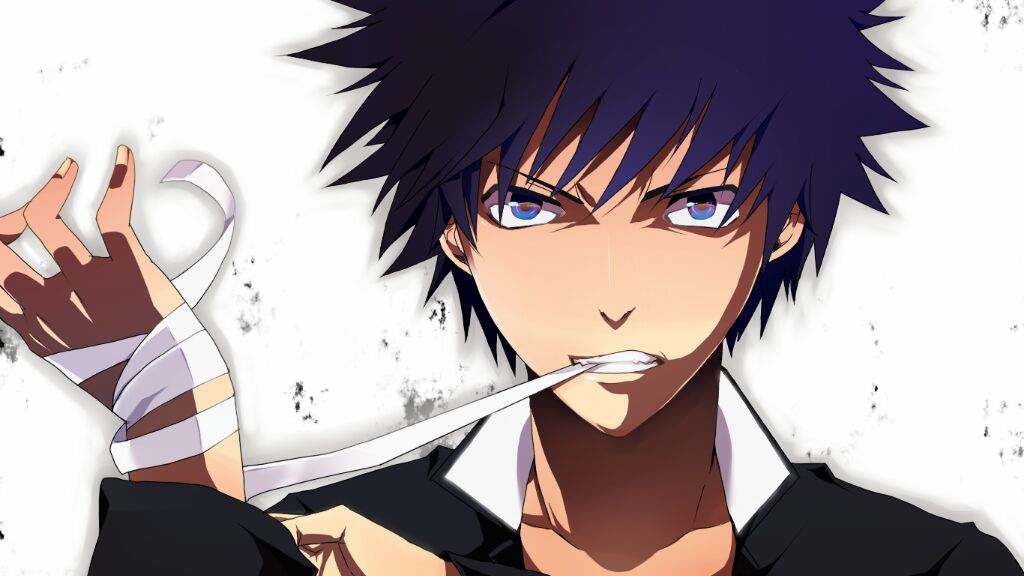 My previous blog posts were about analyzing common definitions and attitudes toward the word "chuuni" and the chuuni genre. I was establishing a baseline. But now it's time to delve into the essence.

Most VN fans have heard an "explanation" of the chuuni genre before.

"It's stuff like Dies irae"
"It's hotblooded and over-the-top action"
"It's about detailed settings with cool characters"
"It's edgy shit"
"It's a story with characters who act chuunibyou, except nobody tsukkomi's them"
"It's people with heterochromia or special powers and victim complexes"
"It's shounen for adults"

Whatever you may have heard, there's one thing I'm sure about: it's vague. Most people zero in on a specific element of chuuni that holds their attention or that they like about it, and say, "This is chuuni!"

In truth, though, chuuni is a broad genre that encompasses many literary mediums, many sources of appeal, many tropes, and many cases where the trope is hard to describe. People are expected to experience a lot of chuuni works, and experience a lot of references to "chuuni" within other Japanese works, and thus by cultural osmosis, form an abstract concept of what is "chuuni".

But do we really have to settle for that? Can't we precisely say what exactly is and isn't "chuuni", at least in spirit? I believe we can.

Let's throw out popular perceptions and attitudes, along with all the baggage associated with the word "chuunibyou" that formed the basis of the word chuuni. Let's move beyond the cultural background that has been established in my previous post, discard all preconceptions, and finally... approach the true heart of chuuni. 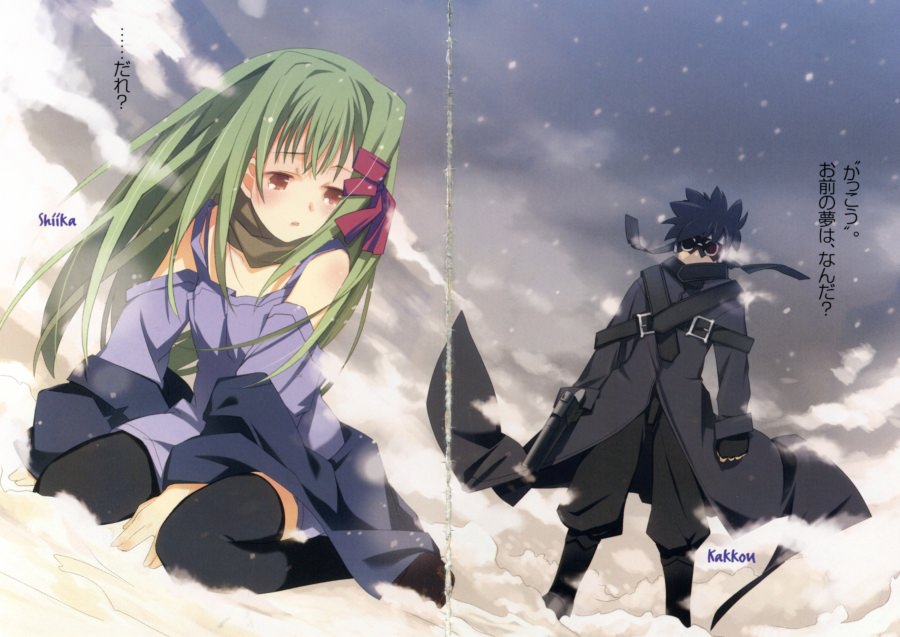 The Path to Chuuni

What follow are largely my own informed inferences. They lack evidence, because there's no easy way to prove a cultural trend. If anyone has an alternative theory, they're free to present it in the comments or their own blog post.

Early manga was expected to conform to the "common sense" of society. Or rather, there was little market for contrarian works.

Works that targeted the youth often centered around "heroes" who were expected to help maintain the peace of society, living according virtues such as kindness and mercy, and achieved success and peer recognition as a result. Works that targeted adults, on the other hand, might be more cynical, but they still revolved around adult protagonists who had conformed to society.

For a parallel outside Japan, look to Western comic book heroes like Superman, who stood tall amid the Comics Code Authority regulations. In fact, the style of early manga was significantly inspired by its Western counterpart.

But society doesn't stay the same forever. Decades passed, and people's sensibilities changed along with their attitudes.

...No one can possibly trace chuuni to its origin point, because there is no such thing. Throughout history, there have always been isolated elements within works of literature that speak to our chuuni hearts. Like, for a fairly "recent" example, everything about the style of Hiei from Yuu Yuu Hakusho. If there is an origin of chuuni as a genre, it occurred when those elements fused together. But what degree of fusion is necessary to birth a "genre"? The only point by which it's absolutely certain a "genre" had come into existence was the advent of Fate/stay night.

So, what is chuuni?

Chuuni is completely pointless from a practical standpoint; it just sounds cool. Chuuni-style nicknames, throwing in random German, or donning a scarf or a cape.

Chuuni doesn't serve to create a conflict, or add necessary depth in ways typical of fantasy stories. Rather, it serves to emphasize the special coolness of the lead character. Having a "unique infection", wrestling with madness, experiencing an "awakening", or possessing memories of a past life.

Chuuni depicts the "alternate truths" that contradict what others think and feel. A morality that is not subordinated. Killing to survive, references to the food chain, massacre as self-expression, or a rebellion against the natural order of a hypocritical "God".

Chuuni reveals the "hidden truths" about society that have scarred the people within it. Conspiracies, cover-ups, or human experimentation.

At the heart, chuuni is a celebration of the virtue of "chuuni" characters--and the chuuni fans who recognize them--as the true heroes of this world, in touch with a reality the masses can't conceive of, capable of facing harsh truths and shouldering emotional burdens that typical, mundane people would be overwhelmed by--because those people lack character, lack mental strength, and are emotionally weak, capable only of clinging to the foolish perceptions, beliefs, and morals espoused by society. I believe that everything that chuuni has become started from that.

Young people in society often experience alienation, or some kind of frustration with their inability to perfectly conform. Such people are often tempted by a certain wild idea, and think like this:

"I feel like shit because no one sees the world the same way as me. But even after I've let myself stew in this rotten emotion, I still can't make myself be just like everyone else... What if everyone else is actually deluded, and I'm correct? In that case, my perception is superior to others, and I'm aware of truths they aren't, AND I had the boldness to stick with my beliefs instead of delude myself and conform like the rest of them. Aren't I quite awesome?"

People who feel like this, even if it's just a slight inclination rather than full-blown chuunibyou, tend to admire and seek out characters and stories with a chuuni spirit.

When Fate/stay night came out, it was like a bomb went off. Fate hit just the right note with its moral complexity, the mystique of the rich world it depicted, a lawless secret world of the supernatural, ordinary people depicted as clueless sacrificial sheep, a male lead whose evolution is a condemnation of traditional moralistic leads, and so on. People with an inclination toward chuuni tropes flocked to it in droves, plus everyone else, because Fate/stay night was just that good.

That said, in the present day, what we (especially VN fans) call "chuuni" often refers more to famous tropes from chuuni works, and what those tropes have evolved into, and doesn't necessarily seek as its audience the sort of person I just described. But it's worth keeping in mind the origin of this genre.

I'll close with this wonderful piece of prose that truly captures the essence of chuuni.

They, who wandered and pursued that formless “humanness,”
who couldn’t see any significance in their existence outside of battle,
who, because of their hearts becoming akin to blades, didn’t know how to grasp any hands extended to them,
who never had anyone understand their beauty, and had no choice but to seclude themselves among each other,
who had no choice but to estrange themselves with fake smiles when with other people so they could maintain themselves,
who couldn’t pride themselves in anything but destruction,
who therefore were particularly cynical and were born with inhumane powers, and therefore were continuously called monsters, were, more than anyone and anything else, human.
-- Excerpt from "Psyren: Another Call 2" by Iwashiro Toshiaki, translated by himetsuri 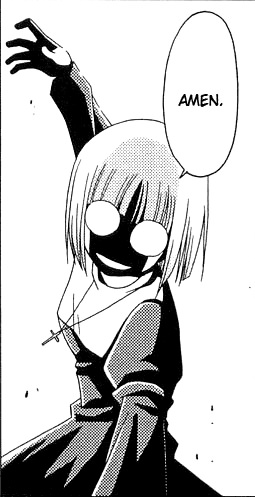 I'm not entirely satisfied with this post, so I may revise it later.