Popular Views on What Defines the Chuuni Genre 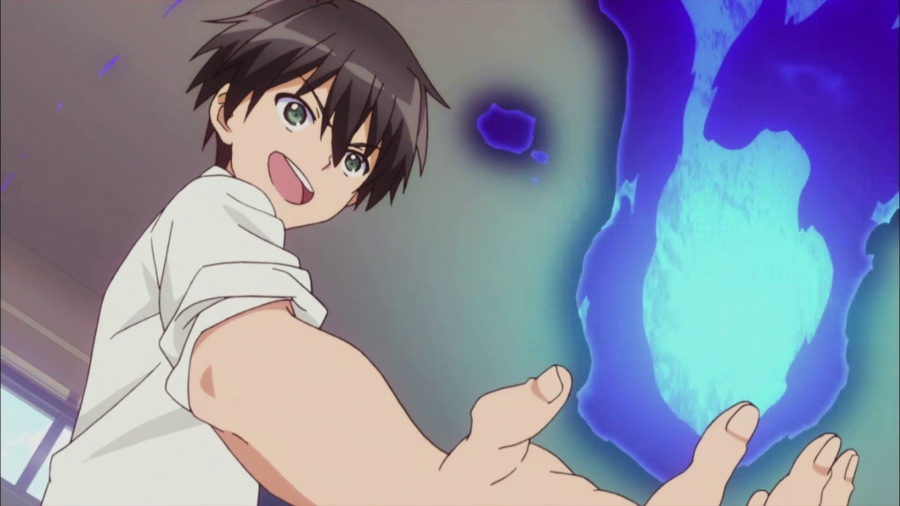 In my last post, I talked about the most abstract way to understand chuuni (the term as it's used in the "coolness" sense). But at the end, I noted that most people narrow it down further. They say that certain works constitute a "genre".

And so, I intend to now gather my thoughts and talk about the major tropes and commonalities between works that people tend to identify, which have given rise to several different conceptions of the chuuni genre.

Most of these conceptions, although they approach things from subtly different directions, end up specifying the same works. So maybe to most of you guys, it's not that useful to carefully examine them. I find it interesting, so I'm doing it.

This is the most common way for non-chuuni fans, and some youthful fans of hotblooded works, to look at chuuni.

Simply put, this is the view that the heart of chuuni is in its over-the-top lines. Chuuni fans usually view the people who say these lines as extremely cool. And yet simultaneously, it's easy for non-chuuni fans to look at these lines and say, "That's so cheesy!" This duality, this contradiction, is what makes it so easy to point and say, "Prose is the heart of chuuni."

Language can be utilized in infinite ways, but in my view, the two major types here are "soliloquies/speeches" and "cultural allusion/deepness".

To start, what do you think of this quote from To Aru Majutsu no Index's Kamijou Touma?

"I was never fighting because I wanted to. It’s just that I always saw someone holding back tears in some horribly painful situation. Even if they cried and cried, no one would have complained, but they put up with it anyway. ...And I couldn’t allow it to go on. I clenched my fist like an idiot, charged in, and somehow resolved the incident. I didn’t do it to be thanked. I didn’t do it because I wanted anything in return. But overcoming those things increased the number of people around me. I began to think those connections with people had some kind of meaning!! And this is where it got me. I had everything taken from me."

Even if you're haven't read Index, it's not hard to form an impression of the situation from these words. Saving people is cool. Especially if they're someone who doesn't dare to hope to be saved--when there's zero social obligation to do so, the action is all the more meaningful. But it's not like what's driving you is some inner urge to save others, either--you have a free spirited attitude and don't have to give a shit about what anyone wants you to do. And as a result of saving people repeatedly, you became super popular, completely not of your own will of course. But wait, someone took that all away from you, and you became a tragic hero! See what I mean? It's cool, but it's also cheesy, depending on how you look at it.

That's an example of what I'll call, for convenience, a chuuni soliloquy. Of course, it's not a literal soliloquy in that people DO respond to it (or rather, they can) but it's also a bit of a soliloquy in that... it doesn't matter if they do, does it? Touma's speech stands on its own.

Single sentences or lines can also have this same sort of quality, but I think it's easier to make a distinction about it when the length is at the level of a mini-speech. After all, cheesy lines appear in countless shounen manga, but very few people would put all those manga on the same level as Jojo or Hellsing.

Next, what do you think of this quote? If you haven't heard it before, you've been living in a cave.

"I am the Bone of my Sword
Steel is my Body and Fire is my Blood.
I have created over a Thousand Blades,
Unknown to Death,
Nor known to Life.
Have withstood Pain to create many Weapons
Yet those Hands will never hold Anything.
So, as I Pray--
Unlimited Blade Works"

The way to sum up this kind of language is that it's DEEP. It references life and death, pain (you know that suffering is cool, right?), the angst of not being able to hold anything (angst is a type of suffering), evokes the image of fire in one's blood, and so on.

It doesn't clearly state any ideas. It's poetic, or maybe literally poetry. It involves references to themes that are deep (like death, eternity, justice, and so on), cultural elements that are consider deep (like Alice in Wonderland, the Cthulhu mythos, Norse mythology and Ragnarok, Shinto, and so on), or kanji and foreign lingo that are associated with deepness (like English furigana, 眼/絶/紅蓮, random German, rondo/requiem, and so on). It may exist as an aspect of the writer's narrative prose, or within incantations. 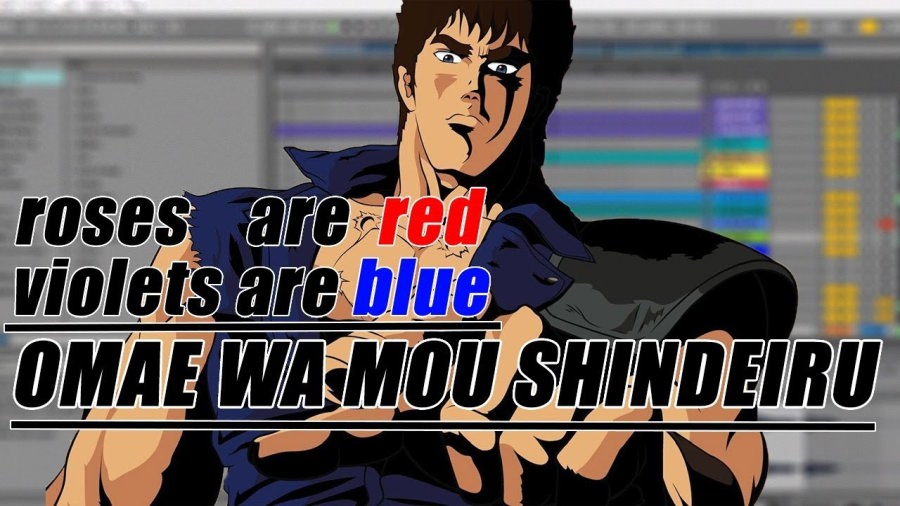 In a way, people who view chuuni as a matter of language just have to worry about the quantity. The question is whether a work has "enough" chuuni-ish lines to be chuuni. There's no answer to that question, of course.

In contrast, if you think of chuuni as about its trope, then the question is quality. That is, is the trope itself chuuni enough? Is there a single trope that makes something chuuni, or is it a combination of tropes? Or perhaps some abstract aspect of the way the tropes are presented that makes them chuuni?

When it comes to chuuni, this is where opinions are most diverse. I'm going to go over two major approaches that I'll call the ability battle view and the Fate primacy view.

Like "chuuni as language", this is a view of chuuni that people cynical of it often hold. They view chuuni as merely a subset of the ability battle genre ("inou battle mono").

The ability battle genre has existed long before the word chuuni was used to refer to works of fiction. Furthermore, most examples of chuuni works could also be considered to be about ability battles. Which is no surprise, because powerful characters who are viewed as cool or admirable tend to have supernatural powers that facilitate hotblooded action scenes. So as a result, people tend to say, "Isn't chuuni just about ability battles?"

It's true that a large part of the appeal of many prominent chuuni works centers around ability battles. Similarly, there's no easily specified element of such chuuni works that makes it necessary to call them chuuni works instead of ability battle works. And so, this view exists. 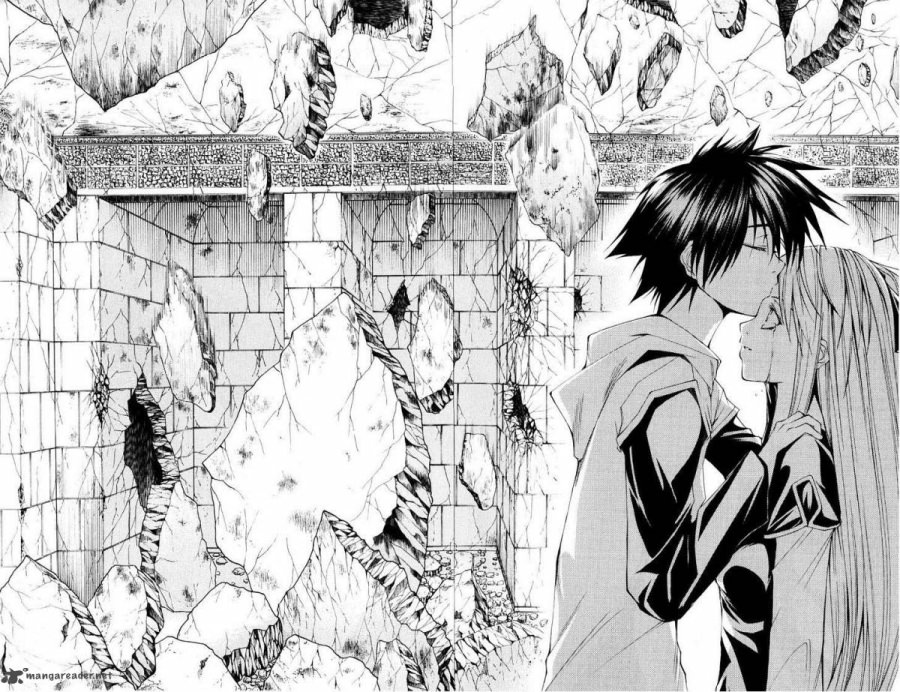 I'm extremely far from an expert on Fate/stay night, but I can't avoid talking about it in the context of chuuni.

Fate/stay night is a lengthy and complicated work with a multitude of tropes and themes, and it's impossible to say exactly what all its charm points are. However, no one can deny its massive mainstream appeal, as by far the most successful visual novel of all time, which led the way for the Nasuverse to completely dominate otaku culture, dwarfing even Index.

The bottom line is that one could easily hold the view that a work is chuuni to the extent it copies Fate/stay night.

Of course, this is a very narrow view. It marginalizes relatively bright and happy stories like Bleach and Kyou Kare Ore Wa. However, in exchange for that narrowing, you could say that the remaining few stories are "higher quality" on average, in that they're very obviously chuuni.

On a side note, some people might have more of a Dies irae primacy view. Dies irae has become very loved (at least, among its fans--its mainstream appeal can never match Fate's, though it perhaps comes closest) and many people perhaps view it as more definitively "chuuni" than its primary influence.

Unlike the ability battle view where people will just outright say it ("Isn't chuuni just about ability battles?"), people who hold a so-called Fate primacy view rarely ever verbalize, "I want my chuuni to be exactly like Fate/stay night!" They may not have even ever experienced Fate/stay night. That's why I said you can approach this from different angles. It's not really a "view" so much as a near-inevitability in our Fate-dominated otaku culture.

Also, note that when it comes to jakigan-kei chuunibyou as depicted in otaku media, its associated delusions are easier to formulate when they're closer to reality, such as isekai situations or urban fantasy. Fate/stay night, as an urban fantasy that depicts an ordinary student discovering a hidden world that covertly affects the public, is the sort of scenario that exemplifies such delusions. 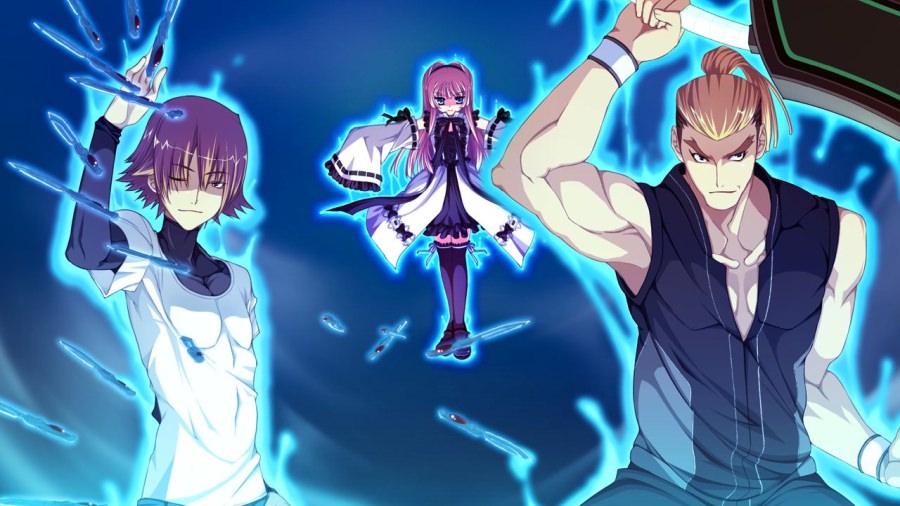 Whew, I covered it all. After taking care of the basic definitions, I wanted to outline other people's views before talking about my own feelings, which are what I actually care about 'cause I'm the center of the universe FYI.