Shirogane no Soleil -Successor of Wyrd- <<Unmei no Keishousha>>

This is the first game in Skyfish's epic norse mythology series. I had never even heard of this game before Clephas made a blog post about it a little earlier this year, and that might be the case for many. Having finally played the game myself, I have to ask... how is this possible? Why is such a great game not more well known? This VN truly deserves more exposure than it currently has.

Shirogane starts off with our main character, Ryuuhei, and his sister Tamako on their way to a set of ancient ruins in Iceland. Ryuuhei is not an archaeologist like his sister, but was dragged along by her on the pretense of being her "bodyguard." Ironically, that is exactly what he ends up being. Ryuuhei's group gets pulled into an encounter with a strange creature called "Berserk", a monster made up by the broken soul of an ancient warrior, which fell in battle ages ago. Powerless against this incredibly dangerous foe, Ryuuhei prays for help, asking for power-- the power to protect the people he loves. His call is answered by a slumbering Valkyrie, Sol, who makes a contract with Ryuuhei. She will fight for him, in exhange for his life force. Every time she uses her powers, she drains some of Ryuuhei's life force out of his body, shortening his life. They fight off the Berserk together, but this is merely the beginning of their tale. This seemingly random encounter might not have been as random as they thought. One might even call it... fate. 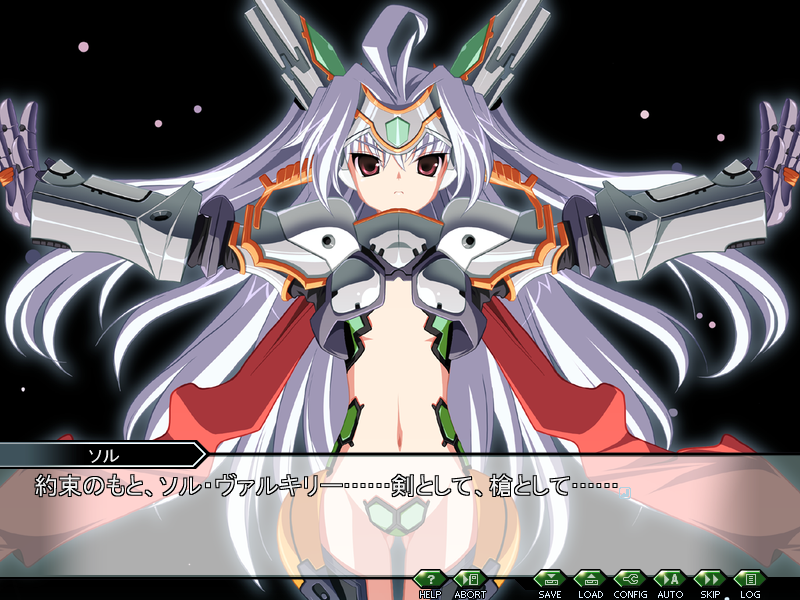 The story in Shirogane is fantastic. It's told in two parts, "Valkyrie in love", and "Successor of Wyrd." Some of the story takes place in the present, while certain other parts takes place in the past. Shirogane contains tons of refrences to norse mythology, though the descriptions of characters and events from norse mythology in the VN are not necessarily identical to the "real thing". Therefore, while familiarity with norse mythology helps with appreciating certain aspects of the game's story, it is not at all needed. What matters in terms of refrences are all explained well enough in game, and seeing as they usually put a unique spin on things, it is not at all needed to know everything there is to know about norse mythology before reading this. (That being said, knowing some of the general concepts about who is who, and what is what will certainly make it an even more enjoyable read.) 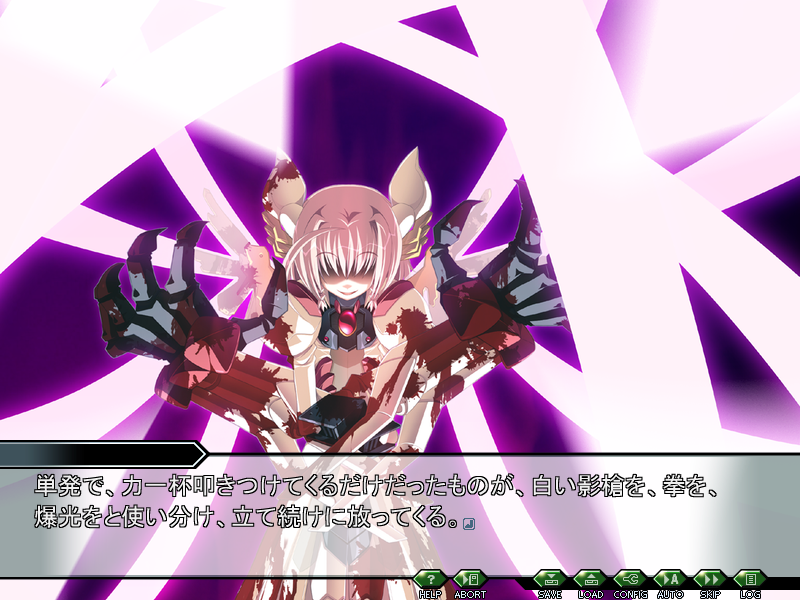 Although Shirogane is a very serious story, with tragic themes riddled all over it, just like normal stories from norse mythology, the game contains a good number of humoristic slice of life moments as well. That being said, all of these moments fits very well into the flow of the story. We are seeing things from Ryuuhei's point of view, as he deals with the fact that his own life span is constantly being drained because of his contract with his Valkyrie. As a result, you feel a little more attatched to these everyday moments, since they are seen through the eyes of someone who only has so much time left to enjoy them. In addition, the comedy is pure gold most of the time. The slice of life moments very rarely feels out of place, and never gets in the way of the story. The humor in the game had me literally laughing out loud so many times, I lost count. 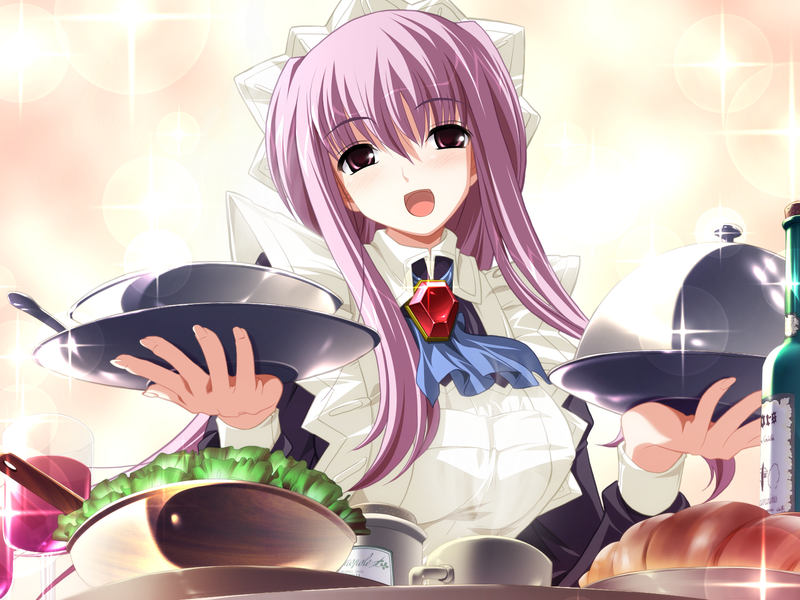 One of the biggest strengths of this game is without a doubt the characters. Each character feels unique and is well fleshed out. They all add something to the story in their own ways, and it's hard not to grow attatched to them, be it heroes, anti-heroes or straight up villains at times. The interactions between the characters truly pulls out all sorts of emotions from the reader, making the story feel like one hell of a roller coaster ride. (In a good way. Prepare your tickets to the feel train, folks.) While the "good guys" are all very well done, my favorite characters were honestly the villains / anti-heroes that are introduced throughout the game.
On top of making fantastic "villains", the "duos" in the game are brilliant. Essentially every single character is paired up with another in some way, and they all complement each other greatly. These "duos" were without a doubt one of the best parts about the game in my opinion. Be it heartbreaking moments or hilarious ones; nearly all the most impactful moments in the story stems from one of these duos' interactions. 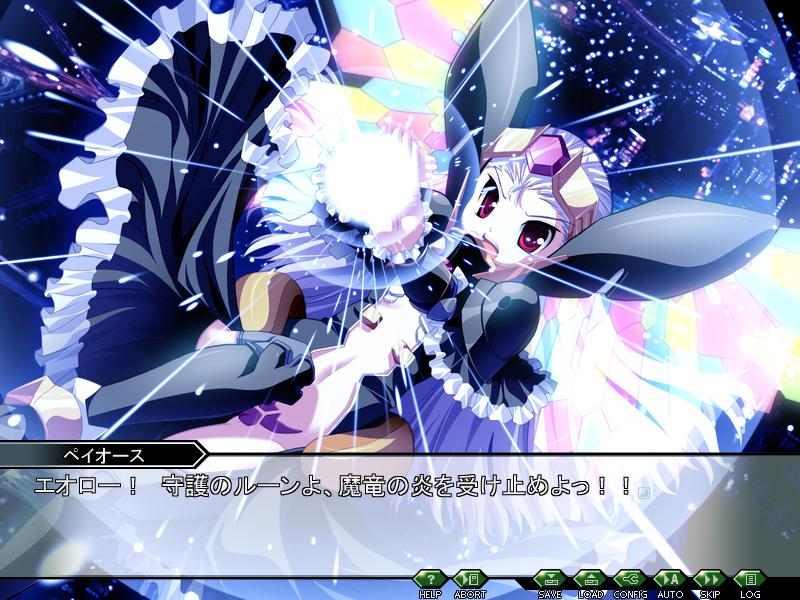 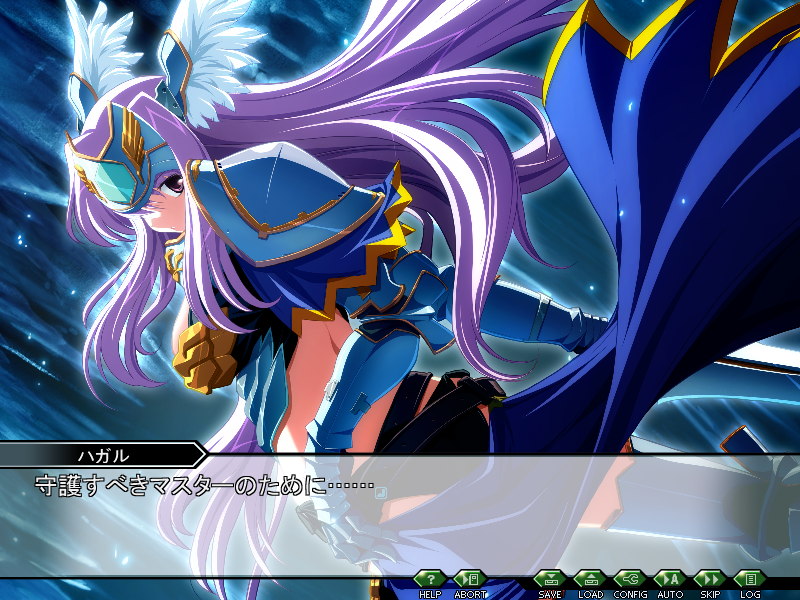 As shown in the screenshots above, the art is nicely detailed. Considering this game was released in 2007, the art is very impressive. The amount of special effects, cut-scenes and CGs is no joke either. Sadly, things aren't as good in the music department. The music is by no means bad, but it does feel a little bland at times. Certain tracks do work very well with the tone of the story, and are straight up beautiful to listen to, but others feel repetitive and aren't that impactful. So, my complaint with the music would be the inconsistent quality of the tracks. That being said, this is hardly a big issue, as the writing, art and story makes slightly repetitive music matter very little in the end.

Overall, I have very few complaints about this game. It was a fantastic read from beginning to end, and I strongly recommend reading it. I don't use the term kamige a lot, but this definitely qualifies in my personal opinion.

You can buy all the Soleil games on DMM. (NSFW LINK!!!)