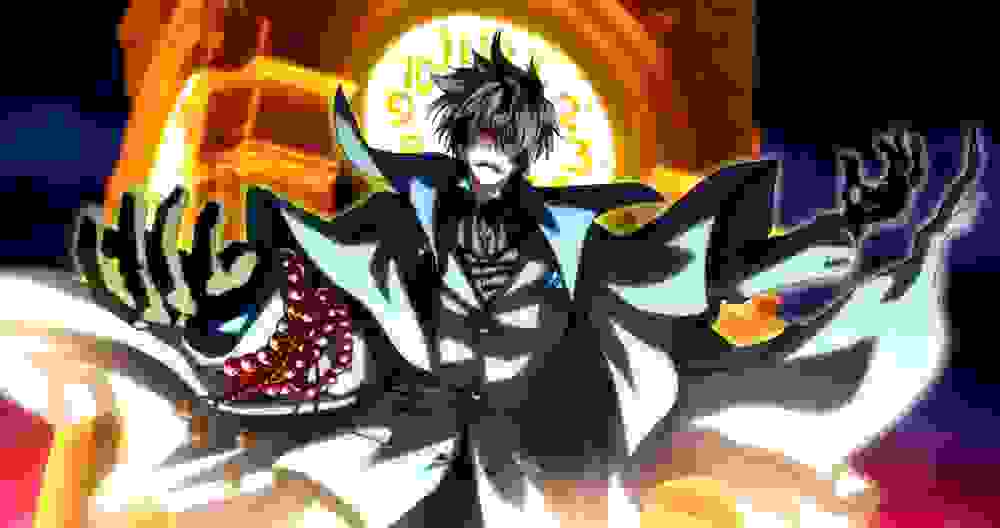 First, for those of you who are fans of the Steampunk Liar-soft games, this isn't one of them. Rather, it is based on an alternative version of the 1920's where curses, magic, and monsters exist and the Great Kanto Earthquake of 1923 never happened. Japan has come away from its first major military contacts with the outside world as the victor over Russia, which is making its bloody transition from Empire to communist state.

Garan, one of the two protagonists, is a tengu... as arrogant as tengu are by legend ('to become a tengu' is a byword for someone whose ego has gotten way out of hand, incidentally). He is arrogant, dismissive of mortal concerns, and naturally believes himself to be the ultimate creature in existence on the face of the Earth. In opposition, Kitora is a gentle girl who works selling meat-waste that is used as cat food door-to-door. Kitora is... a bit of an airhead who is very slow to anger and whose anger doesn't last long. Through a set of somewhat absurd events, she ends up as Garan's slave, which would have been a lot more hilarious if Garan wasn't quite so serious about it.

Generally speaking, this VN resembles a cross between an occult intrigue story and a blown-out-of-proportion chuuni plot (though Garan's personality makes it difficult for him to fit in as a chuunige protag). Anyone who watched the 1980's and 1990's animes, such as Tokyo Megalopolis, based in the same era will recognize a lot of the basic themes... and they might possibly find themselves laughing at the way the game deliberately lampoons a lot of the tropes of said anime.

Like most Liar-soft games made since the beginning of the Steam-punk series' reign of fame, this VN mixes deadly serious plot twists with frequent absurdity and overblown narrative tongue-twisters. As such, the narrative is something of an acquired taste. To be honest, I had an immense desire to hit something after a lot of the scenes in the game, and I frequently found myself disliking Garan, despite the fact that his personality traits would normally have made him an attractive character to me.

Despite all that, for Liar-soft fans, this is pure VN-crack. What it lacks in some areas it makes up for in others, and the fact that is based in pre-WWII Japan makes it all the more fascinating as a window into the culture of that time (albeit one mixed with supernatural oddities like tengu, oni, and onmyouji). For most readers, the downside of the VN will probably be the protagonists, an unusual occurence - to say the least - in a VN with definite chuunige leanings. It goes without saying, of course, that this VN is higher on the reading-difficulty scale than most other VNs, and I wouldn't recommend this as something to take on on a whim.

I've said about as much as I can say without spoiling the VN... so have fun.

For those who are interested: The results of the poll are in, and the first VN for March's releases will be the new Minato-soft game.