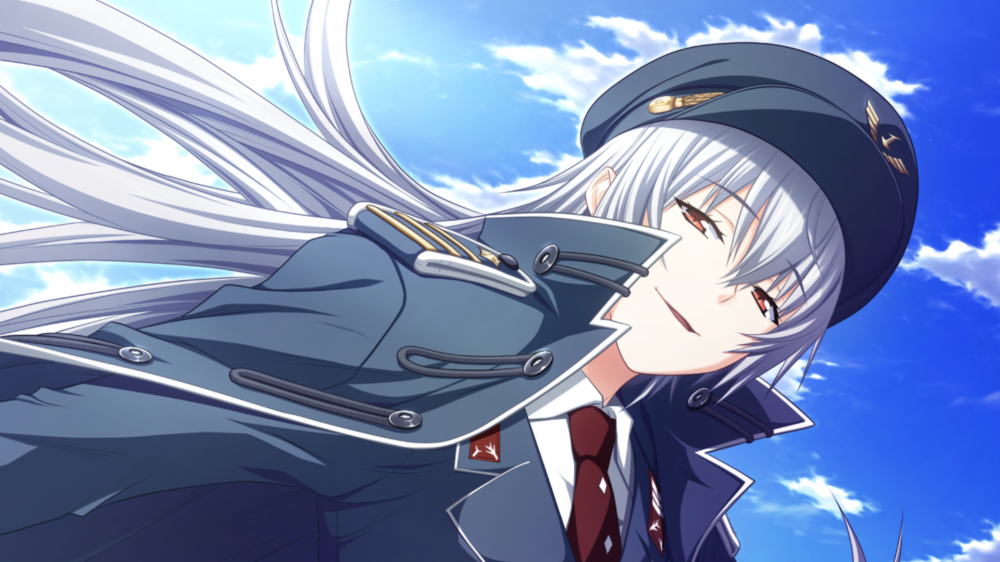 A few words before I dig into the common route. Minato-soft is known primarily for its comedy/drama large-scale charages, Majikoi and Tsujidou-san. These two are characterized by a unique style of characterization that goes more for comic relief than is standard with most VN-makers, as well as a tendency toward over-powered heroines who can take on the world by themselves (all three main heroines of Tsujidou, Momoka in Majikoi, and Kirsti in this one). This one is no exception, so those who played Majikoi will probably be unsurprised by the 'feel' of the character and character interactions.

On the other hand, unlike other Minato-soft VNs, this one's common route takes up over half of the game as a whole (close to to two-thirds). With another company this would probably not be so much of a downer, but considering the degree to which Minato-soft wrote each main heroine route on a medium to large scale in each of its previous works, this was more than a little disappointing. The common route is fairly long (think about 1.2 times as long as the average moege/charage common route) and is mostly made up of familiar Minatosoft-style fights, slice-of-life, etc. However, despite the fact that the bulk of the game is in the common route, it doesn't feel like there is all that much substance to it, sadly.

I'll be blunt. Kirsti herself is basically a Finnish Momoka with the best elements of Tsujidou and Rena grafted on (in other words, she has Momoka's type of power, with the other two's leadership capabilities). So, don't be surprised if she feels familiar after only a few scenes, because you aren't imagining it. Sadly, her route is... bland. Once actually on her path, I finished it in around an hour and a half... and there was none of the really cool drama I'm accustomed to seeing from main heroines in Minato Soft's games. They are either setting this game up for another huge fandisc or they departed from the best part of their formula, for whatever reason.

Look forward to Naoko's and the Harem route next time.