Jump to content
Foreword: I have no trouble with underdeveloped futuristic settings, so I thought I could look at this game from a different perspective. Here's the result. 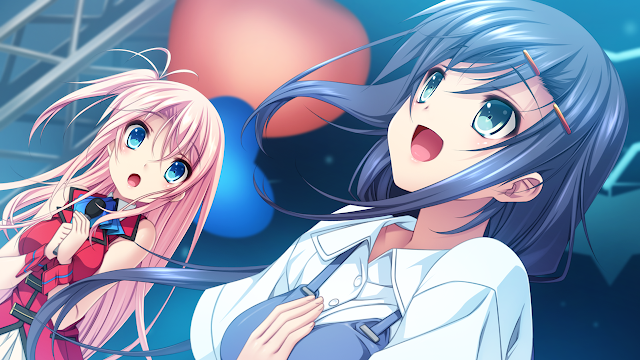 Synopsis:
In the future, nations and civilizations have disappeared due to rising sea levels caused by tectonic movements and global warming. The survivors lacked technique and talent, but they were able to restore an ancient battleship and attach a spare hydrogen engine to it. Then, a long long time passed, and all land was inundated by the sea, and humans barely survived aboard the self-navigating self-repairing ship.
Ao is a boy who lived in the town aboard the ship. He helps out his parents with plowing the fields and fixing the fishing gear. There is no entertainment aside from visiting the floating market once a month and gazing at the passing ancient flotsam and pondering what they were once used for. It was a relatively depressing life akin to living in a closed society.
One day, he entered the ship’s engine area, which the adults had told him absolutely not to enter. There was a picture from long ago, showing girls in colourful clothes dancing at a school in front of a large crowd of happy children. This was a ‘culture’ which has long since been lost. Moreover, he found a girl sleeping within a capsule. She was wearing the same clothes as those shown in the picture.
The capsule opened when he touched it, as if he had authenticated something. The girl appeared to have lost her memories, aside from one thing: that she is an idol. An idol’s job is to sing and dance, and to spread happiness to everyone. Ao and the self-proclaimed idol Ai set out to revive the idol culture in this small world floating on the sea.
Youtube: https://www.youtube.com/playlist?list=PLwGwDxf37gEnpaH9OQ9KwwjYq1sfNK_rV
Character Design rating: 7/10
Protagonist rating: 6/10
Story rating: 3/10
Game quality: 8/10
Overall rating: 6/10 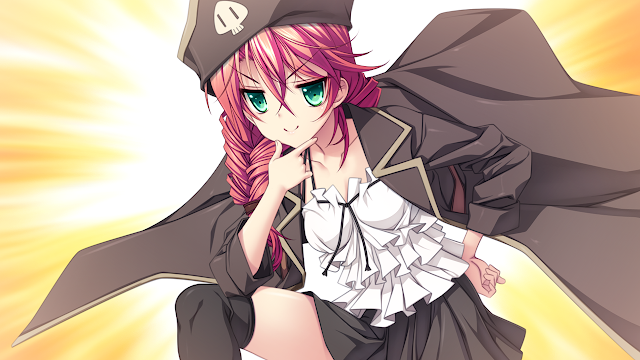 The score shows that I enjoyed the game less that I hoped to. As expected, I did not find setting faulty. Giant self-reliance ship-town totally makes sense to me even without showing causes for this. As long as setting remains believable. The problem with this game is that everyone in future forgets the meaning of singing and dancing. And that's plain stupid as those things existed since the stone age. And then there's this frozen idol girl Ai. She is more of a cliché than a living person considered that she remembers none of her relatives or friends, but miraculously remembers anime, hobbies, singing and dancing. And the whole common route she asks everyone what other things are and everyone asks her what singing and dancing is. SO stupid that game actually cries in full voice "dump me".
Rage minute over, so let's try to look at other game's aspects. AXL is mostly famous for its funny SOL. And sometimes I even felt that fantasy plots have to focus on different social roles of heroines and move plot somewhere, so there's not enough funny SOL. Ai Yori Aoi Umi no Hate looks like an opposite idea - let's strip all seriousness and all the plot and just focus on lively idol-themed SOL entirely. And being brought to the extremes it loses so many important things. Listening to pretentious fluffy crap from Ai and everyone adoring that is so weird I want to facepalm each time. 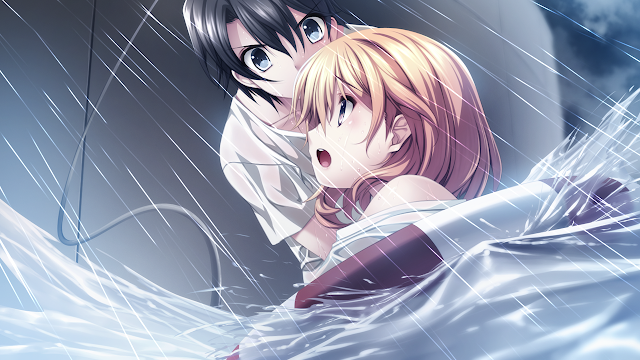 I made an effort and got to each heroine end, so I can say individual routes are rather good and varied from each other. But Nanami route is probably the strongest one due to adventure spirit and getting away from the so poor setting as far as possible. But what's the point if no one sees them and if sudden bursts of stupidity constantly remind of the very flawed basis it all stands on? AXL usually shines with character interaction. There's usually some club or some society structure in which heroines have to communicate between themselves. But in Ai Yori Aoi Umi no Hate there's almost no horizontal communication. It's either individual sketches or interaction with protagonist or interaction with sub-character like Naotora. There are a lot of scenes when all heroines are on the same screen, but during these gathering times heroines usually are just asking open questions or talking to protagonist Ao. It's probably possible to find pieces that contradict this statement, but I failed to find vivid examples.
In the end I'd like to say that readers aren't stupid. I'm willing to be fooled and tricked, but content needs to be trustworthy. Without it any amount of effort applied becomes zero as an outcome. Idol theme also contributes to the simplicity and thus lack of depth. In this regard it's probably the worst AXL work so far. 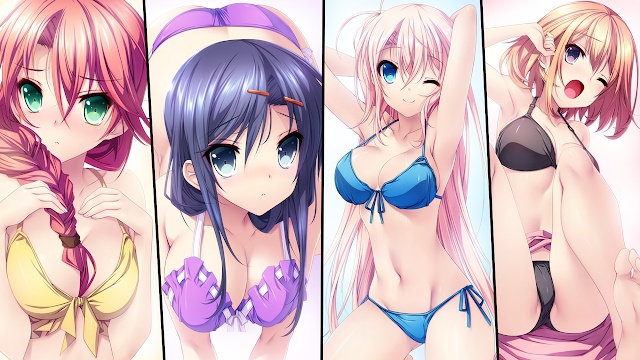