So, touhou. It's a bullet hell game series that happens in a feudal-japan-like land named 幻想郷 (Gensokyo- Roughly "Land of illusion").

Gensokyo's is a sealed-off, haunted area of Japan that went missing several millenia ago. It is estimated that the region is sealed off because the youkai that lived there had a reign of terror over japan, and brave human expeditions constantly tried to exorcise and anihilate them. The vicious battles could have lasted from months to decades, but what is known is that they ended with the creation of the Hakurei Shrine there, who made a barrier that completely took the land off the map, and no one can enter, leave or see the place.

Ever since the creation of the hakurei barrier, the only gateway to the common world has been the hakurei shrine, isolated amongst several mountains. While leaving to the human world is virtually impossible for any Gensokyo resident (a few extremely rare exceptions aside), it's relatively easy for powerful beings to access other lands which aren't part of Gensokyo, like Higan, Makai, the Netherworld and a few others...

Gensokyo's population consists mainly of youkai, but there's a human settlement in the land as well. Most youkai are known to eat humans regularly- they are also all significantly stronger and live much longer, with their lifespans often reaching millenia.

To know more about youkai I would suggest reading the Youkai article in Perfect Momento in Strict Sense, which will explain them with some detail.

This is somewhat outdated/wrong, but here's a map of Gensokyo, which I will expand on further in another episode of touhou lore, where I examine geographic locations in-depth. Feel free to ask any questions in the comments, if you have any. 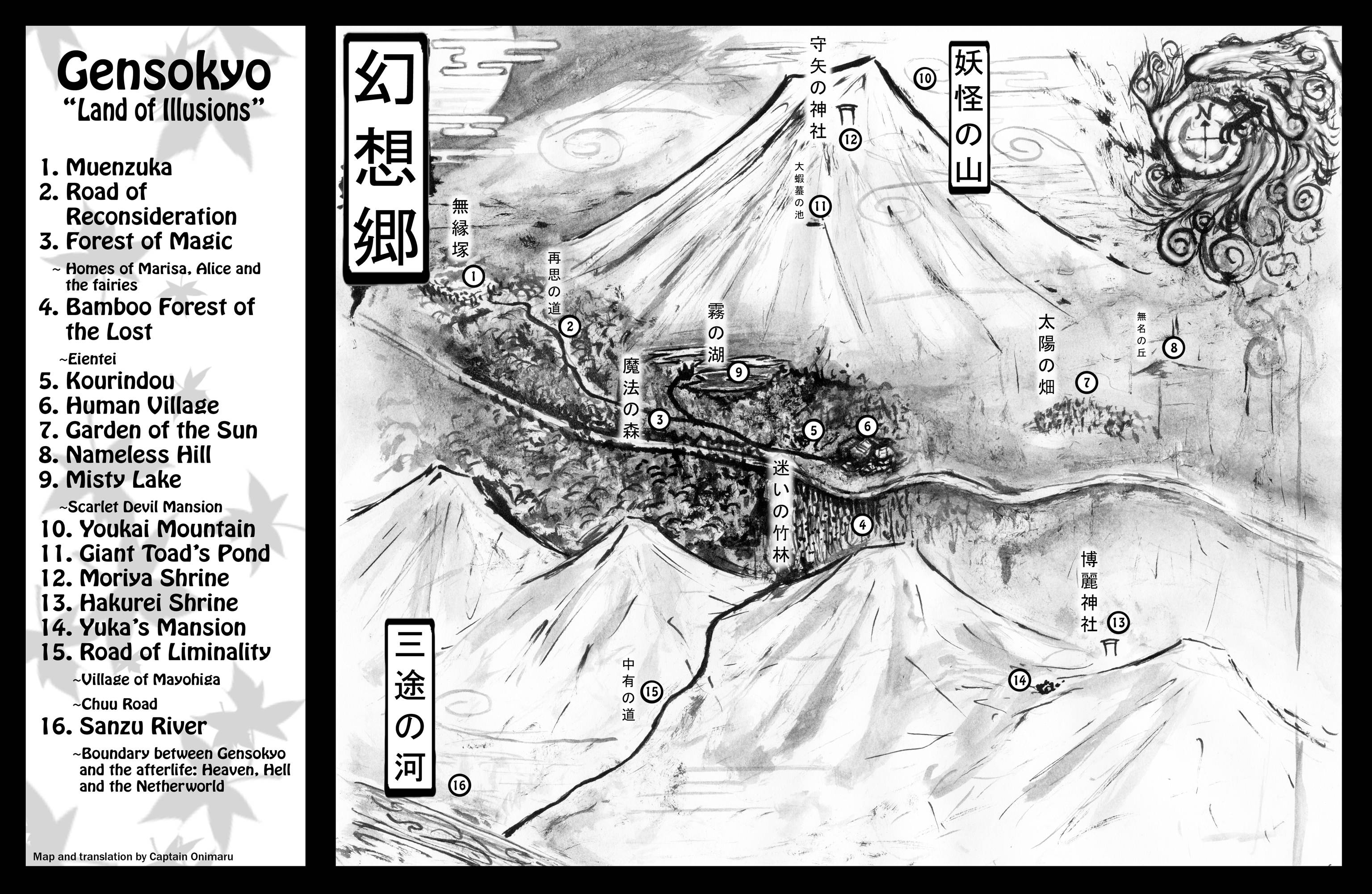