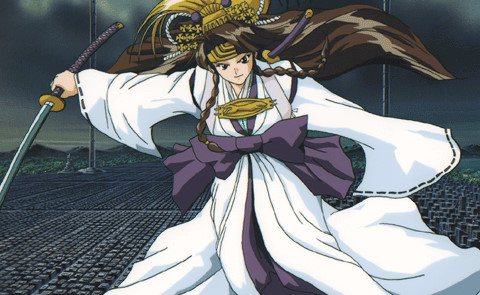 Foreword: I really can't stand multiple stories visual novels. But this is C's ware work and the first story was really sweet, fast (just one hour long) and only included several non-significant choices, so I went for other two stories as well. And I promised myself that I would write a review on any game visual novel that I play to the end and that takes me over three hours to finish. So here it is - my first and hopefully last multiple stories visual novel review. 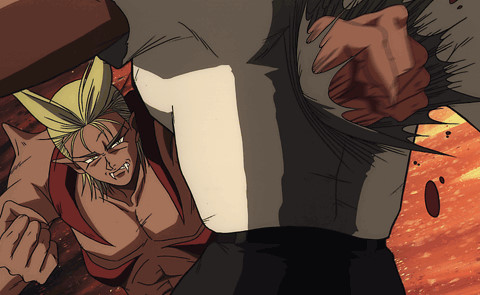 1. Vice. Katsuyuki is a vampire detective who is a big fan of beautiful women. One day he saves girl Azusa from nanpa guys and she clings to him temporarily as she has nowhere to go. At the same time Katsuyuki is offered a new case by a hot babe. Even thought the case looks like an easy one, there is something fishy about it...

2. B.B. Bridal breaker is the profession of Shin. He specializes in ruining other people weddings for money. There is little demand for his specialization and he accumulated quite a debt. Finally a new job shows up and he dives into a whirlwind of complex human relations during the wedding ceremony.

3. Kyoto love affair. Kyoto, 2052. Kagura is a demon hunter serving in the Department of the Temple government, Demon specialization Section 1. She's in love with a noble Hayato, but his social position is too high for her to have any prospects for him. One day Miyano, one of shrine maidens to goddess Amaterasu, telephones Kagura and offers an opportunity to participate in a divine test with a chance of becoming a goddess as an outcome. Kagura grasps the chance immediately as it's her chance to gain superior social status and confess her feelings to beloved Hayato!

Rating comments: Stories aren't really bad, but length is unsatisfying. You just get comfortable with characters when the new story starts. There are three protagonists and while Katsuyuki and Kagura make great protagonists, Shin from the second story is a sore loser  and he's plain miserable at times. The same stands for characters - some are superb, some average and some have too little screen time to shine. I rate quality as average for the too loud BGM that has only two states - on and off - as well as for relatively small size of pictures and just for format of multiple stories.
Impressions:  So here I don't really get how to make a proper formal review for three stories, so I'll just write of my impressions as I moved on. 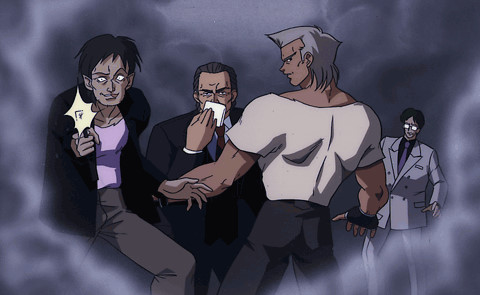 First story is called Vice and that title does not look appropriate. Well, from the very beginning we see how Katsuyuki pays for women and his inner voice constantly tells him to attack Azusa, but the story is not really about it. The story is about tender relations of a mature detective and a mysterious girl who has nowhere to go. It really looks cute how Katsuyuki constantly tries to send Azusa to her home town and how she finds dozens of reasons to prolong her stay or to return back to his apartment under various pretexts. The whole situation looked VERY much like that of Koriroh and Pudding in the beginning of Eve Burst Error. Also the drawing looked so warm and so familiar as it's something in-between Eve Burst Error sharper style and Eve Lost One smooth animation style. I had to turn off BGM after the first 10 minutes since I wanted to hear Azusa cute voicing properly. But Vice is also a great action story from the second half of it. The whole story only takes one hour, so I see no reason spoiling it. First story really hooked me and I thought that if the other two stories were same fast, bright and easy, then why not seeing it to the end! 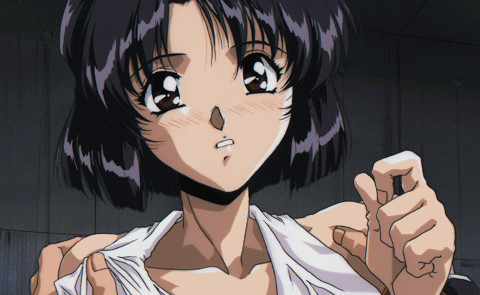 Second story started plain horribly. For first 20 minutes the guy just stays at his littered flat, sleeps, dreams and has pretty paranoiac thoughts. Then he finally gets a call and gets to the wedding and here I discover that it's suddenly command selection now and I need to click through all the look, speak, think over and over again as well as to pick the locations that I want to visit manually. I'm no stranger to command selection, so I pressed on. Then after some talk with couple characters I just went back to the dining hall, filled my belly with delicious food and upon returning to the corridor I was told that the time was up and I failed which followed with a bad ending. And that ending was saying ending №7! I was hugely shocked by both the fact that there can be time limit on my actions and by the huge number of endings in just one of the three "short" stories! Tried to find a walkthrough and there was none! And I know how horribly difficult it is to try and find different endings in command selection game. Eve ZERO taught me that all right! So I decided just to do things right and not waste time and get at least one good ending. And that was no easy feat. I stumbled into bad endings couple more times before grasped the happy ending with the bride girl. But there are two more girls who you make H with during the main route and who are destined to have their own endings. I've no idea how to get to their endings though, so it ended for me with the bride ending. This second story also required quite a lot of bruteforcing as only visiting all locations and exhausting all the options allows to move further and that must be repeated multiple times. So even though the girls were much to my liking in the second story, the gameplay and the horrible protagonist definitely weren't. 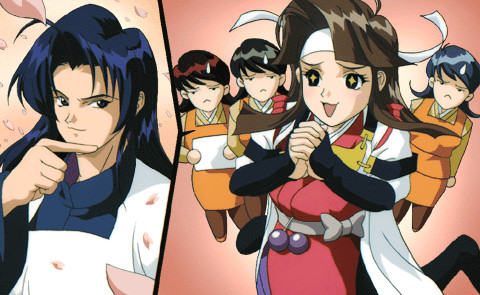 I was quite sure that the final third story would be just a one hour breeze since the second story was supposed to be the main one. And C's Ware managed to turn everything upside down once again. The third story turned out to be the main one out of the three and it also lasted the record 3.5 hours. C's Ware no baka-a-a! So third story is more like a mix between first and second story. It has few, cut very cute characters and easy to understand plotline just like Vice story, but at the same time it's of command selection type and you need to go through the same five locations over and over exhausting all the options to move forward. Then finally the day finishes and the next day the routine continues. There's no aim in Kagura actions. We just go around outside of the Amaterasu yashiki. And only on the 7th day or so suddenly the trial time arrives followed by game over. But the third story is the main one not just because it's the longest. It has two absolutely fabulous heroines - protagonist Kagura and shrine maiden Miyano. Both are fully voiced with just a gorgeous voicing. They fool around all the time creating a really top notch comedy mood in the air. The talking demon sword and gossiping maidens make up for a huge number of comedy situations and comments. Third story is a great pleasure to read if only not for the constant checking the same areas over and over. The only good japanese review just skips the first two stories entirely and gives a thorough analysis on all the references on other works found in this third story.

Overall comments: So overall I enjoyed the stories united by the love birth theme, but just can't approve the short stories format where many elements have to be sacrificed and H events must be stuffed up tightly. C's Ware again managed to produce a superior game that was too difficult for the general public to like and had faults not in the game elements, but in systems. That BGM that can be either ON or OFF really hurts the game evaluation as you either have to sit in the silence waiting for the characters to speak again or to listen to fantastic BGM that roars and suppresses all the brilliant seiyu work. But it's the C's Ware I love - with bugs, system shortcomings and really challenging gameplay, but nurturing real gems inside that stay hidden from the general public and show up only for you. 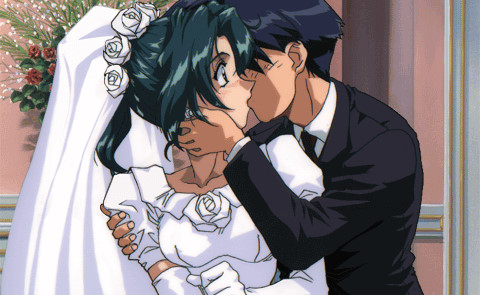