Have the Law in Canada in regarding the classification of Animated content changes? 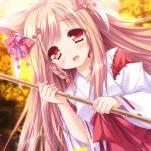 By Musui_Kohaku
March 13, 2022 in General Discussion