How open are you to the idea of playing a VN with a Black Protagonist ? 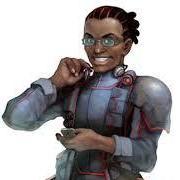