Muv-Luv Unlimited The Day After - Nipple restoration for Steam version 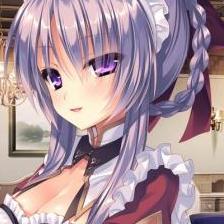