There are way too few visual novels with actual gameplay 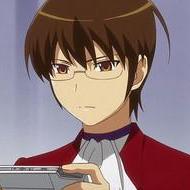