Visual Novels that you got emotionally attached to? 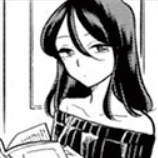