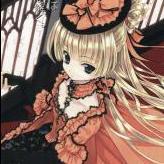 Star Project VN.Have anybody played it?