Manga that has mature themes? 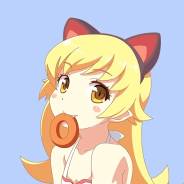 By PrincessOfFinch,
March 1, 2019 in Anime/Manga Recommendations