~it's not like I'm introducing myself for your sake or anything~ 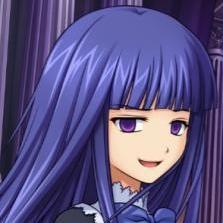 By dwaif
October 23, 2018 in Introduce Yourself