Grisaia no Kajitsu - Which route should I read next? (I just have time for one Route!) 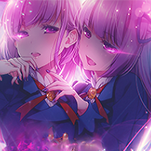