An Unauthorised History of /r/visualnovels 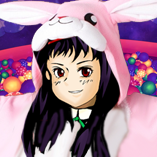