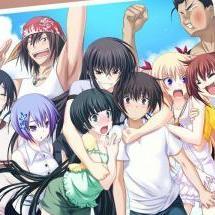 By Thatcomicguy, February 21, 2018 in The Coliseum of Chatter