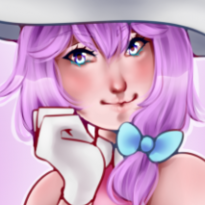 The Witch in the Forest [Yuri] [Fantasy / SoL / Kemonomimi] [RELEASED]