Time to look for more VN to refill my wishlist. 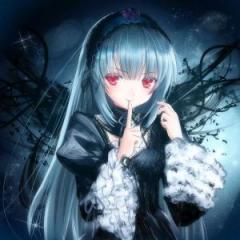 By Moelohim
June 21, 2017 in Recommendations