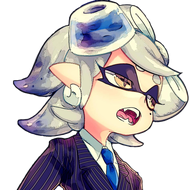 Looking for a VN with a lot of headpatting

By HamburgerSteak, July 23, 2016 in Recommendations