Another introduction to add to the pile 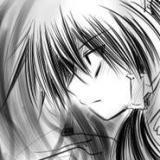 By Zophar
November 4, 2015 in Introduce Yourself