Visual Novels where sex is a necessity/mandatory in the storyline? 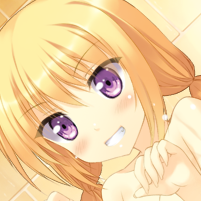 By CeruleanGamer
September 24, 2015 in Recommendations