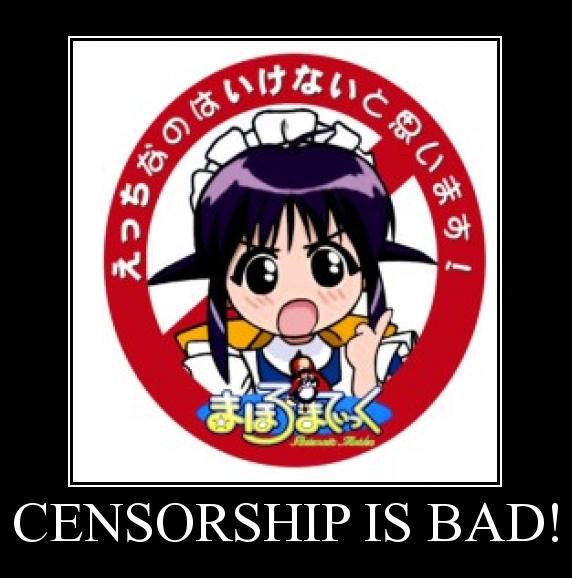 I wrote yesterday about the Steam Greenlight campaign for Debonosu's Kagura Douchuuki, a rogue-like H-RPG. Read my article for coverage of the announcement and a first impression. As Steam doesn't allow adult content, this release will be censored, with all adult content removed. Kagura Douchuuki contains dozens of H-scenes, so the content removed will be considerable. By my estimation, more CG will be removed than left behind. The game's art will be thoroughly gutted. Not only will the game itself be butchered beyond recognition, but if left unchecked this sets a dangerous precedent for future English releases that cannot be ignored. If Japanese developers get the impression that Steam is the one and only venue for visual novels, this will be the first of many Steam-only releases of VNs that were originally ero-games.

I've contacted both Debonosu and Sekai Project via Twitter, with no response. It's time to escalate this.

For those who are opposed to Steam censorship of this title, here's what you can do.

If the ero scenes are removed from Kagura Douchuuki, the game will lose its main selling point. Please give us the 18+ version in English!

If enough fans speak up, they might listen and also release the original 18+ version in partnership with an eroge publisher like Sekai Project, Mangagamer, or JAST USA.

Edit: On a reader's suggestion, I changed the message to make more sense to a Japanese reader. The old message was:

I am opposed to censorship. Please give us the 18+ version (in English)!