Goshujin-sama Daisuki is one of the many games left forgotten in my not-so-large hard drive. Due to the fact that it is a nukige, I didn't give it much attention until a few hours prior to writing this review. I bought it through Mangagamer a few years ago, but the fact that I spent actual money to grab a copy was still not enough to convince me to play it back then. I somehow regret that decision now. While it is a game that is far from perfect, I must admit that it is pretty enjoyable.

In Goshujin-sama Daisuki, you are put into the shoes of Yuuki Toshiya, the head of the world-renowned Yuuki Corporation whose products and sphere of influence are remained unknown, but that doesn't matter. They're just filthy rich. In order to keep his position as the head, he must marry to provide an heir for the corporation according to their family custom. The problem was he had roughly 2 months before the 2-year deadline, so he needs to act fast. But there's another problem: he's super perverted. That made him believe that no one would ever agree to marry him once they have learned his true colors behind his perfect guy persona. So the solution was to pick candidates and make her/them suitable for him instead. Therefore he chose three among his classmates, paid their family's debts to force them to work as his personal maid and that is without disclosing the fact of training them as his prospect wife.

It sounds perverted, of course this is an ero game, but it kinda gets better after a while.

The three girls are for the most part likable. We have Murakamo Sakura as a "normal" and cheerful girl thrown into this situation, Kuu Spitfire who has a very odd name but nothing special around her... except for her name and Shishiouin Hime as a loli tsundere ojou-sama. They are a generic cast of heroines if you have played enough VNs for the past who knows, eons? If you're new to the medium however, everything about their personality and reactions are surprising at least.

Aside from the three chosen girls, we also have another heroine, Ichijou Ema, who works as Yuuki's personal maid and the house's head maid. The true extent of her ability was never revealed. Though it is implied that she is very skilled by being able to handle the family's business at some extent, prepare every single meal and snack for Yuuki and do some odd jobs only rich people can order to. In other words, she's the perfect maid. 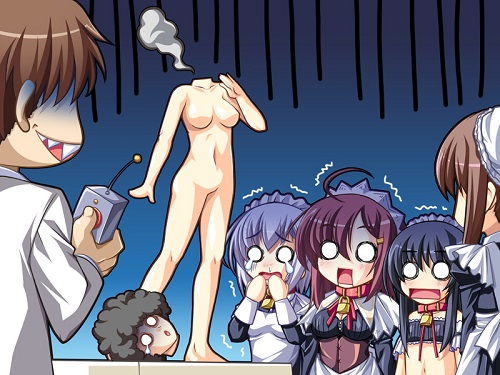 Aside from the massive amount of H-scenes which is pretty much at every corner of this game, the character interactions is what makes this enjoyable, and that is very surprising for a nukige. Not to mention some of them are really funny.

Each girl has their own problems which gives them enough depth to be likable, and of course those problems are solved, sometimes rather too quickly, by Yuuki through his sheer intelligence and assets. Yuuki is also not spared from the good writing as he was also given depth at some points in the story. His actions and decisions during the major points of the story are believable, justified and makes sense unlike almost all nukige MCs whose brain is made up of cottons thus doing the most absurd decisions at the most crucial points, if there is such thing. The story also managed to surprised me once. I definitely didn't see it coming. While that surprise wasn't a game changer, it still left a big impression to me. 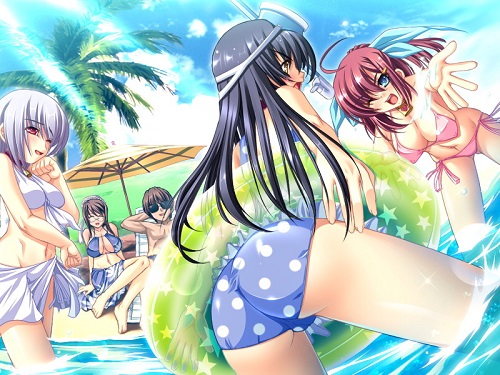 The art makes this game better and considering that this was released in 2008, that just make it plain gorgeous. They are well-drawn. There are a variety of poses or sprites that helps portray the characters better. The voice acting also does a good job at conveying the characters' emotions. I was never in the brink of muting the game because of an awful acting. However the music is just, well, forgettable since I can't even think of how to describe my experience with it. Its good point perhaps is it wasn't annoying enough for me to mute it. 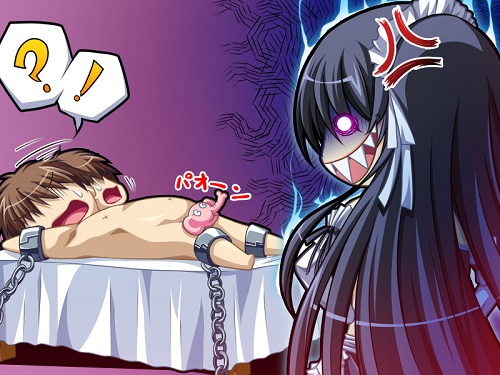 Obviously the game has its flaws but they didn't break my experience as they aren't really a big deal in a nukige. Take for instance the unused potential of the tension between Yuuki and his uncle. In a normal story-focused game, that sub-plot will be expanded and often leads or paves way to drama and action. It could have showcased Yuuki's brilliance more. And also despite the absurd amount of H-scenes for 4 heroines, only 2 scenes got me excited. They aren't that bad at least but I've seen better. What bothers me the most was the repeated HCGs for different fellatio scenes. I'm not sure if it is because of budget constraints.

If you're curious, the game is basically linear; there are no routes. However the choices you make will make slight changes to the story and will decide what CGs you'll see in that particular playthrough.

There's really not much to say for these kind of games so as to conclude, I can't really recommend this for non-nukige fans. There's little to no reward for casual players. But if you have enough money and libido, you should consider grabbing a copy!

Purchase it in Mangagamer: link (NSFW)