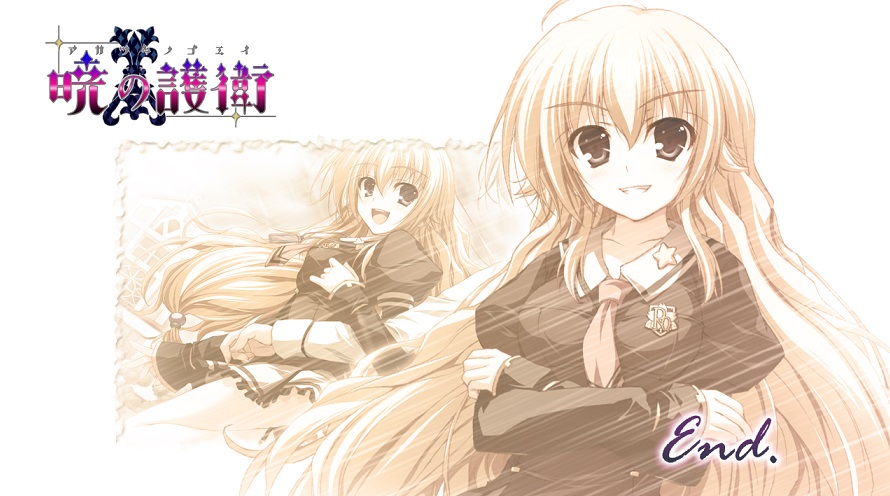 So anybody who interacts with me on a regular basis probably has heard me be really hyped about the fact that I have finished my first route. Another indicator of my happiness over this would be the fact that... you know: 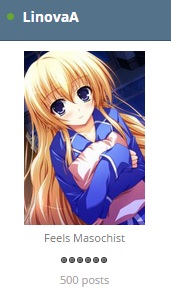 Not even Fuuko anymore.

So I am writing this up, because I want to mark this as a milestone in my learning process. While sure, it may not seem like a big deal... but for me it is pretty huge for me. For the longest time before I got the chance to start learning Japanese, I always saw it as an uncrackable code. Something I could never even hope to read. This was mostly due to the fact that the only other language I had ever learnt was French, which uses my native character set. Also, whenever my friends and I talked about languages, we had decided that the seemingly hardest languages to learn were Arabic, Chinese, and Japanese.

So there was this sort of barrier for me, that basically always told me that I would never be able to understand Japanese. I still have those barriers in place for Arabic and Chinese, although that is loosening as I learn kanji in the case of Chinese.

So needless to say. I am pretty happy right now.

After finishing Tae's route and wiping the tears away, I was filled with this strange sense of euphoria.

I had finally done it.

I had cracked this so called uncrackable code. So to speak.

Sure I had to rely a lot on ITH and JParser, but you know what... I learnt quite a bit in this one route. My understanding of sentence structure, and the size of my Japanese lexicon have both improved significantly. And that was only over the course of one route! I still have four more to go in AkaGoei!

It was really hard at first. I could not wrap my head around what I was reading, and there were times in the beginning where I was just clicking to see if I could figure out the next line. I don't do that now, but that is how it was when I first opened up the VN.

The key to improving, when you want to be able to read VNs, is to just stop making excuses as to why you can't. Maybe I am still too much of a noob to be saying such things, but I really think that this is the case. I mean yes, if you haven't studied JP at all yet, you probably shouldn't jump in, but if you have been studying for a while and aren't sure if you are ready, stop thinking you aren't ready.

Sure you will hit snags. You will find grammar you are unfamiliar with and lots of words and phrases that will make no sense when you translate them into English no matter what you do. That is all part of the learning process. I decided that my best bet was to take my failings in Japanese in stride and just charge straight in.

So yeah, finishing this route is a huge moment for me. The next one will be when I finish the entire VN. After that, we'll see.

And of course if I forget, as I do, I can just look back on this post in like a year and be happy with how far I have come.

Thanks for listening to me ramble on this one guys.

As I said, it isn't really THAT big of a deal... but it means a lot to me. So I needed to put my ramblings somewhere!~