Jump to content
The good news that there is still a release that qualifies to run for the game of the month - RE:D Cherish . The bad news that it's again the only one that fits the criteria for me.
1. HEAVEN BURNS RED ヘブンバーンズレッド [220210] Key 1 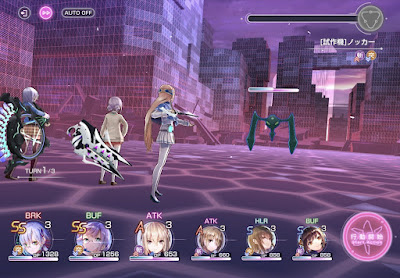 The setting of this game is girls being in several military units. 31A, 31B, 31C, 31D, 31E, 31F, and 31X, each with their very own motto and motivation, which all serve as humanity's last hope against "Cancer", an interstellar force which is laying siege on humanity.
Bleak future aside, Heaven Burns Red tasks players with the role of fighting against Cancer, by recruiting and sending off girls to fight them. Characters in the game wield Seraph—weapons that can harm Cancer.
Mobile Exclusive RPG
2. 1/1 Kareshi Kanojo １／１彼氏彼女 [220225] SMEE 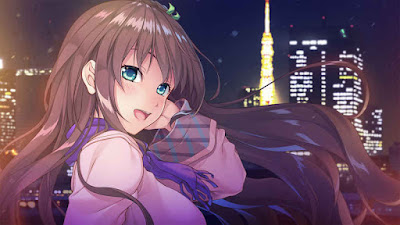 Main character is in love, but romance is difficult for him because of three reasons:
1. Encounter is difficult even with effort applied and happens mostly due to pure luck
2. Even upon meeting timing to show affection may easily turn wrong
3. What if she rejects?
One must be extremely lucky for all three points to coincide. With such thoughts protagonist spends winter days of the second year of high school.
Moege
3. Boku to Kanojo no Kojin Lesson 僕と先生の個人授業 [220225] Azarashi Soft+1 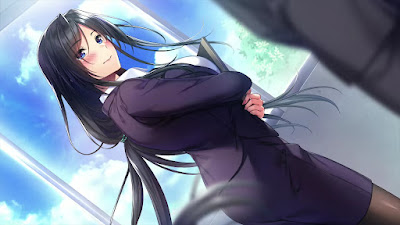 "...What should I do in the future?"
Kido Yusuke was worried.
He studied hard so that he could go on to any job in the future. And he also worked a part-time job to supplement his living expenses. But he don't know what his want to do in the future. And he couldn't talk to anyone about that problem...
One day, the teacher came to the student dormitory where he lives.
"I'm living here from today. We're a teacher and a student, but I'm glad if you'll get along with me."
Tsukimori Misaki, an elder teacher who suddenly decided to live with him.
Yusuke casually asks Misaki. --How can I find my future goals?
"You just have to spread your insights. Like a student, play a lot and experience a lot."
He don't know what to do even if he's told to play and experience--. Yusuke didn't feel like that until now.
"Then... may I cooperate for you?"
The days when the teacher and the student spend time under the same roof. Times that were unthinkable in my life will change every day little by little--.
Usual share of vanilla nukige
4. Ever Maiden ~Daraku no Sono no Otome-tachi~ エヴァーメイデン ～堕落の園の乙女たち～ [220225] Liar-soft 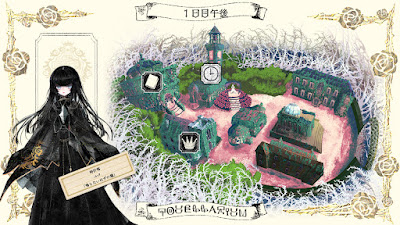 This story is about "Puerarium", a school isolated from the outside world by fog and thorns. Here strict discipline is always in effect, where the air always tense and time never disturbed. However, one morning a girl was found unconscious in front of the school gate. This gate is always closed and should only open on special occasions. The guards, on alert, asked her to name herself to which she replied "Alouette."
At that moment, the bell of the clock tower, which was rusty and always silent, rang out. "When the bell of the clock tower rings, the end of this school will come soon." Like the gossip had hinted, it was the beginning of a nightmarish turmoil in Puerarium. Alouette who had became a student after many complications, violated curfew and left her room. What she saw there was a school that had turned into a different world, and a strange shape that wandered around with a murderous intent. With determination she called out to the girl in front.
Yuri
5. Grisaia: Phantom Trigger Vol. 8 グリザイア ファントムトリガー Vol. 8 [220225] Frontwing 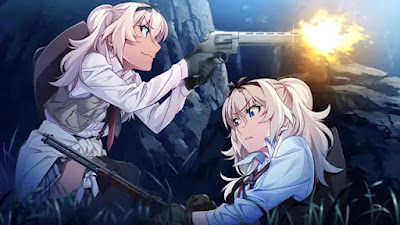 At last, an all-out war is at hand.
The battle against the religious organization, The Fatal Answer (TFA), has entered its final phase, with CIRS and SORD preparing to send all of their troops into TFA's stronghold.
The battlefield soon descends into total chaos. Black rain pours down, civilians become desperate for water, and shots are fired at friend and foe alike. Not even the trenches are safe from the anti-aircraft guns TFA employs, the explosions bombarding the combat zone that the girls are tasked with invading. Such a feat is not unlike invading the depths of hell itself. The underground base is quickly being suffocated by gunpowder, and the dark forest that surrounds the battlefield reeks with the stench of death. But both contain within them the faint yet tenacious flames of life; will those flames be able to withstand the harsh realities of war?
This must never, ever be repeated again...
"Listen up, everyone! Final equipment checks!"
"Yeah, there's nowhere to retreat to."
"Is it okay to kill them?"
"We can die happy."
"Thank God! I'll never let you go again!"
"Life itself is war..."
"Prepare for close-quarters combat!"
"Holy crap! Look! They're charging right at us!"
"They've completely lost their minds..."
"Well then, I guess it's time to end this... What are you going to do, Enishi-san?"
The girl places her finger on the trigger of fate...
"Why... Why do you fight?"
Great news for those who still follow
6. RE:D Cherish! [220225] CRYSTALiA 1 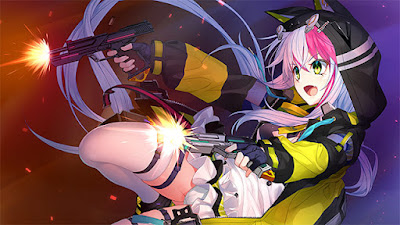 Time is 206X, place is resort island "Eruteria" that advocates "freedom for all." Main character arrives here having lost his hometown and everything he had. There he meets a white-haired girl Unika who also was robbed of her family restaurant business run by her father. Her dream is to restore the diner. Together they try to make this dream come true in the atmosphere of total freedom bordering with the state of lawlessness.
There is an English review