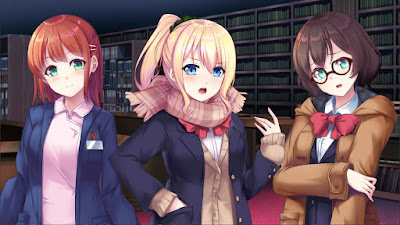 At the end of a deep forest, there was a large library with European-style architecture.
Kenji Azuma drops by the library whenever he finds time. The reason why Kenji, who doesn't usually read books, comes by so much is because of the girl who works at the library, Shiori Tokita.
Kenji falls in love with her at first sight, and spends his days in the library reading and watching Shiori. One day, Kenji falls asleep and is awakened by the sound of an emergency bell...
The area was pitch black and the doors would not open...the library had turned into an inescapable prison.
Within the locked down library, Kenji and his friends are tossed about by the mysteries hidden there and the murders that occur...
All-age B-class horror remake with vtuber gimmicks instead of seiyu
2. Kurokami-sama no Bansan クロカミサマの晩餐 [220121] Minato Carnival World 1 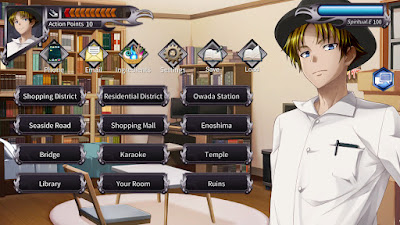 Domaru is a young manga artist just trying to survive after his work was discontinued. He joins a group dedicated to learning about spirits, yokai and the occult in order to find new material for his next story. But, there is one urban legend that especially catches his eye – the tale of Kurokami-sama.
Domaru's curiosity takes hold, but he quickly learns there's wisdom to the phrase "be careful what you wish for" when his investigation leads him to the real Kurokami-sama. She spares his life on one condition – he must hunt down the other yokai, slay them, and bring them back to her. But Kurokami-sama is as capricious as they come, and she won't hesitate to send Domaru to an early grave if he makes even a single mistake.
Subject to the whims of a powerful yet beautiful creature, what will Domaru do? Serve her eternally, or fight for his freedom?
There is an English review
3. Needy Girl Overdose [220121] WSS playground 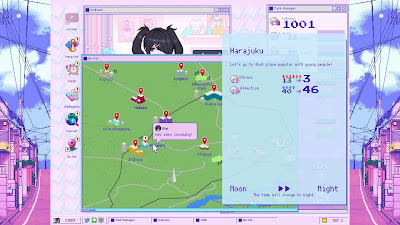 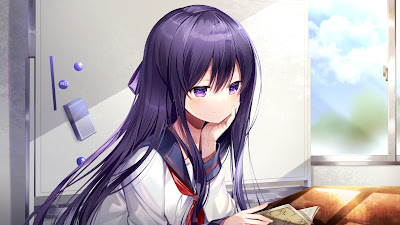 ―Far fireworks―
That flash orange and white in the sky, and bloom blue flower at the end. This celestial event has recently begun to appear and people call that "Far fireworks."
The story is set in nondescript rural junior high scool. Tomoki belong to a club that mix literatureclub and tea ceremony club. That called "Kotonoha Circle."
It was the night he saw Far fireworks. He meets soaked girl in the center of lake. He spend usual days with Yuena and club president of Kotonoha Circle, Utano Shinonome,but suddenly accelerated unreality approaches the peaceful reality. An unreal secret that approaches when you meet someone you thought you couldn't meet.
― ■■ in the world. Even if taking her hand will eventually change the world, I am ー.
A summer seem to prolong the moment cross between two people for all eternity. I'm still praying in the sky that time should continue forever.
There is an English review for Early Access game
5. Magatsu Barai マガツバライ [220127] light 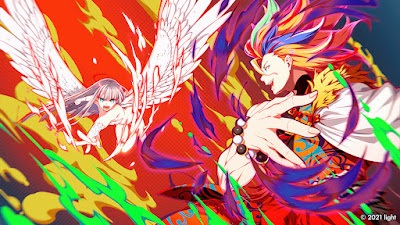 “Spiritshine” is a mysterious power that has long-existed in humanity and nature. Hayato Isurugi—the apprentice of a “Spiritualist,” whose livelihood is to master the use of that power and exorcise demons—was enjoying his peaceful young life at Shinwa Academy.
Working part-time making charms to earn money; enjoying silly, lighthearted conversation with good friends; and secretly planning out a gift for his older sister as thanks for all that she does for him… But his ordinary, albeit pleasant routine is shattered by the arrival of an unforeseen assailant.
While the Academy falls into pandemonium, Hayato is deathly injured trying to protect his friends. But just as he is about to die, he encounters a young woman named “Magatsu,” the incarnation of an evil spirit sealed by his ancestors. It was 1,000 years ago, during the Heian era, that the city was shaken by the 13 Demon Generals. Taking the appearance of a beautiful young woman, the Calamity Shion smiled.
“Well, now… do you want to live, fool?”
“Here is the deal. Free me thyself.”
“And I will give thee strength.”
And thus the story began. The glistening days of youth.
“Even a little rock can make something happen if it starts moving!”
Like a clear sky, Magatsu Barai.
Console exclusive
6. Hentai Prison ヘンタイ・プリズン [220128] Qruppo 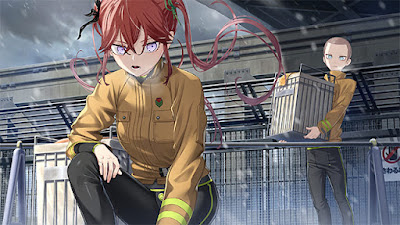 -"Tulip Prison".
This is a prison where only sex offenders who are judged to be "impossible to rehabilitate" are imprisoned nationwide.
The ninth correctional facility is a prison built on an isolated island in middle of an ocean, where no one can escape.
Minato Shuuichirou is a boy who lives in Tokyo.
He got the nickname of "naked man" from the police.
He couldn't tolerate the existence of clothes and couldn't stand being clothed.
He repeatedly kept exposing himself everyday on impulse, even risking his life.
On one day with beautiful illuminations, he was arrested for public obscenity and obstruction of official duties.
He defended himself in court pleading that his exposure was an act of art, but his claim was never accepted.
He was found gulity of assault on the police and repeated obscenity. And he was sentenced to ten years' imprisonment.
He was also judged to be "impossible to rehabilitate" and imprisoned in the Tulip Prison.
Can an exhibitionist survive in this prison haunted by demonic prisoners?
This prison of sex offenders called "HENTAI" is by no means a paradise.
Third attempt of Qruppo to mix nukige theme with a plotge, but if earlier healthy people were put into lewd atmosphere, this time it's the opposite.
7. Kami no Kuni no Mahoutsukai 神の国の魔法使い [220128] NekoNeko Soft 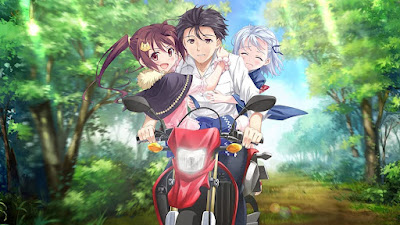 Main character comes with sister to Tokyo for a sightseeing trip. At a mysterious shrine they get back in time to Japan 1000 years ago. They start to get along with the villagers and even meet a cute wizard girl, so adventures begin!
Partially released so far
8. Tomodachi Kara Koibito e 友だちから恋びとへ [220128] Azarashi Soft 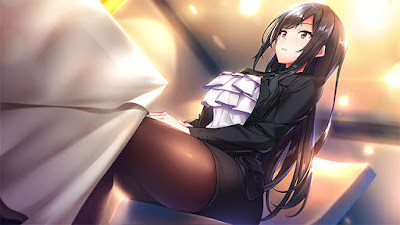 Main character is forced to participate in speed dating by his boss. There protagonist meets two girls he already knows and decides to spend more time with one of them.
More vanilla nukige
9. Venus Blood: Savior [220128] Dual Tail 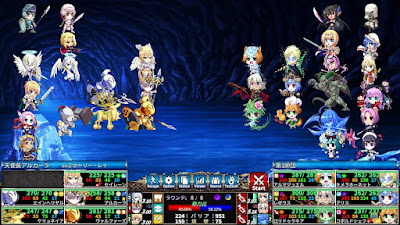 The continent of Levancia, where humanity enjoys prosperity under the blessing of Harial, the goddess of the sun. The goddess of darkness, Ishtar, was sealed, and the dark demons were squeezed into the frontiers and the bottom of the earth.
Because of the era full of light, the demons seek a savior.
An old demon king who once followed Ishtar. His resurrection was the long-cherished wish of the demons.
Time has passed and the Demon King finally makes his resurrection.
Regius, the hero of the demons. And confronting him are the heroes of the sacred treasures of this world.
"Now is the time to create a demon paradise ──!"
The battle to bring about change in the age of light and darkness is about to begin.
SIM
BLOCKED