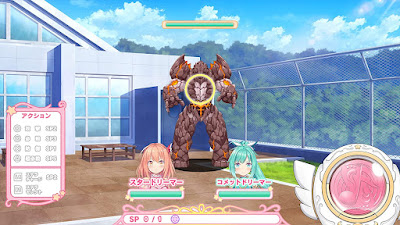 Yumemi Nanahoshi is an ordinary middle school student who lives in the small suburban seaside town Hoshimaki.
However, one day a creature named Kirara—the princess of Little Star, a planet destroyed by a monster called Muma—appeared before the ordinary Yumemi.
Muma—who manipulates nightmares to devour people’s souls—followed Kirara to Earth in pursuit of her.
To save everyone, Yumemi must become a “Dreamer” and defeat Muma with “Purification Songs”! With the support of her childhood friend Kanato, Yumemi becomes a Dreamer and continues to fight against Muma.
To protect the peace on earth. And to protect everyone’s dreams!
After all these years Kogado Studio still parasites over rhythm games. Stability.
2. Vtuber Maid Ramie Vtuberメイドラミエ [211216] iMel Inc. 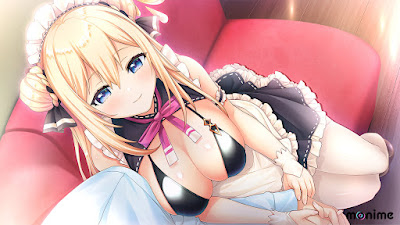 It all started when the protagonist randomly came across a video of the newly debuted maid Vtuber "Ramie Amatsuka." Our lonely hero was tired of his job and lost his lust for life, his only comfort being Ramie Amatsuka's live streams.
At first, she was just an illustration. However, through the wonders of technology, she started to be able to truly come to life.
Eventhough it was through the screen, just by watching her channel grow and how enthusiasticaly she chatted with her audience, he felt his spirits lift.
One day, Ramie Amatsuka, a former citizen of the virtual world, appeared in front of the protagonist by jumping through the screen...
"Spend time with the cheerful maid Vtuber who wants to take care of you. Your fun and raunchy room-sharing life begins now!"
Not the first fanservice work milking vtubers, not the last.
3. Kiss Kara Hajimaru Gyaru no Koi ~Kurumi no Uwasa to Honto no Kimochi~ キスから始まるギャルの恋 〜くるみのウワサとホントのキモチ〜   [211224] Prekano 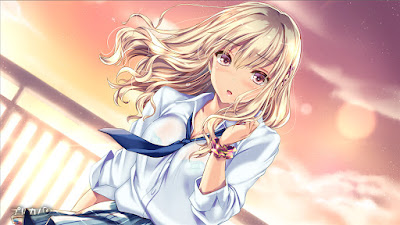 Second-year student Tsutazawa Hiroki has a disposition to want to help people in trouble and his interest is directed at the girl sitting next to him in class: Hiiragi Kurumi.
If she was just a simple kogal with a flashy hairstyle, then perhaps he would've treated her as just another classmate.
But, people told bad rumors about her. She looked resigned to her fate, always gazing out of the window, putting a wall between her and the rest of the class – if anyone was not meant to be there, it was her.
Hiroki's relationship with her was triggered by a chance encounter.
Being aware of the face she's always making, Hiroki starts questioning her on her situation.
Kurumi is touched by his meddlesomeness and gradually becomes more interested in him...
Concealed behind her appearance, there hides the pure and vulnerable love of a Kogal.
It began with a teasing kiss and then rushed past like a spring breeze.
Can't block it with PS4 release coming. Can't bother discussing it either.
4. Kunado Kokuki クナド国記 [211224] Purple Software 1 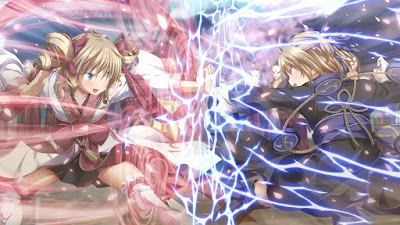 One day, metals have gained a will and randomly began to attack humanity all over the world―――
Without knowing the cause, all the civilization and history on the earth were destroyed, and mankind has been hit by unprecedented catastrophes for about 1,000 years.
Humans drastically reduced their numbers and managed to survive while resisting the attack against the metal with will Tetsuoni.
Many of the remaining humans have awakened to their supernatural powers, and devoted themselves to the days of battle. Meanwhile, a girl named Natsuhime, one of the warriors belonging to the frontier country of Kanto, defeats Kurokami, the greatest threat of Tetsuoni.
The people of Kanto who survived are shaken and rejoices the disappearance of a thousand-year-old threat to human existence.
This story revolves around the boy Kurotetsu Shin, who has no memory of being found in the remains of Kurokami after the battle. It is a story of mankind's revival and how it reconstructs history from the former civilization that humans lost to Kurokami.
There is an English review
5. Lunaria -Virtualized Moonchild- [211224] Key 1 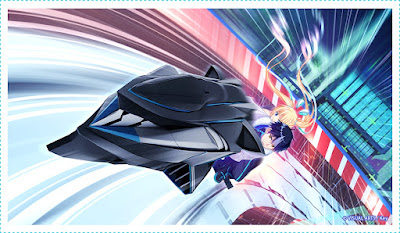 The Moon and Earth: a love story spanning 384,400 kilometers.
Skyout is a cutting-edge VR action-battle race.
T-bit is not your ordinary high school student. He's also an undefeated genius gamer.
Day in and day out, he logs into Skyout, winning lots of prize money.
But one day he ends up wandering into a mysterious area.
Lunar World, a Moon server whose existence no one knows about.
There T-bit meets an AI avatar who introduces herself as LUNAR-Q.
It turns out that she's a rejected mascot character for a lunar terraforming project, and she dreams of seeing the Earth some day...
There are English reviews
6. Princess ☆ Sisters! ~Yon Shimai wa Zen'in Anata no Iinazuke~  プリンセス☆シスターズ！～四姉妹は全員あなたの許嫁～ [211224] Princess Sugar 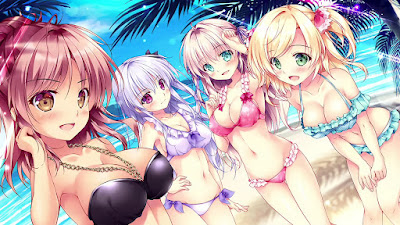 The main character, Kaburagi Ryou, once lived a wealthy life. But after his father, who had a business for many years in the Republic of Kynesburg in Western Europe, died of illness, Ryou became bankrupt and struggled to survive while working part-time. One day, a mysterious maid "Sakura" appeared in front of him and said - "I want to support you.", and asked him to sign a contract as soon as possible.
But why me...?
Despite thinking that way initially, the request was somehow related to the Republic of Kynesburg, and thus, was sort of related to his father, and so he decided to accept it.
Soon, there came a phone call from Sakura to Ryou to meet her at a specific location.
When he went there, alongwith Sakura, there were four sisters "Flora", "Anise", "Cheryl", and "Eimi" with her, and Ryou had to take care of all four of them.
The truth behind all this was that the King, who felt gratitude towards Ryou's father, wanted to invite Ryou into the royal family. Therefore, he decided to carry out a big matchmaking project in which all the four sisters, who were also his daughters, were made Ryou's fiancee, and the princess chosen by Ryou as his wife, was to become the number one successor to the throne.
Thus, "the matchmaking project and a new life for Ryou, with the four princess sisters", has begun.
If pure moege still exists, this is the closest thing to it.
BLOCKED