Jump to content
There are as many as two games about GameDev, and since there's not much else to look at, one of them Sousaku Kanojo no Ren'ai Koushiki becomes game of the Month.
1. Yuru Camp△ - Have a Nice Day! ゆるキャン△ Have a nice day! [211111] MAGES. GAME 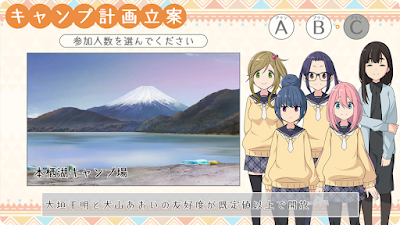 Take on the roles of Kagamihara Nadeshiko and Shima Rin, and enjoy a branching story where the camp contents change in a big way based on your choices. With “what if” scenarios not depicted in the TV anime, this is a game Laid-Back Camp fans will not want to miss.
The game features various "what if" scenarios. What if everyone went to the Takabocchi Highlands, where Rin originally went solo? What if Rin camped solo at Shibire Lake, where she originally went with Nadeshiko? What if Rin brought a portable grill to Lake Motosu? Despite featuring the same scenes as the anime, you can still enjoy a fresh camping experience!
In Laid-Back Camp: Have a Nice Day!, you can relive the Laid-Back Camp experience by visiting Lake Motosu, Fumoto Campsite, Eastwood Campsite, Takabocchi Highlands, Shibire Lake, Jinbagatayama Campsite, and Fujinomiya. Furthermore, Lake Tanuki Campsite, which only appears by name in the original comic, has also been added as a campground. But whether you are able to camp there depends on your actions.
Anime Spin-Off
2. NinNinDays 2 [21118] qureate 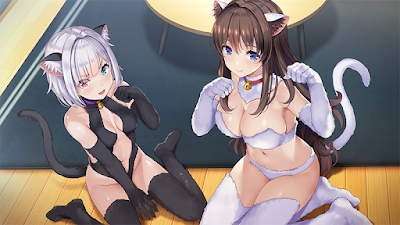 A young man is dazing off while working the night shift at a convenience store, when a girl stops in to ask for a meat bun. The one next to her appears to be her boyfriend, and after doing their shopping, the two of them link arms affectionately and take off. Just when the young man is thinking how nice it would be to have a girlfriend, a pair of girls in ninja cosplay show up.
The girls just stare at the shop goods without buying anything in particular. Even worse, they're even chatting about ninja techniques or something along those lines. When he calls out to them to prevent theft, it becomes apparent that they have no money.
Despite suspecting that they might try to steal something, he gives in and buys a bento for the two desperately pleading girls.
The life of that young man is turned upside down from the moment of his encounter with the two young women.
A roommate life with two female ninja, one a Chuunibyou, and the other a fanservice machine, is about to begin?! And so begins a new love story with two ninja girls!
Sequel is released in English
4. Hoshi no Otome to Rikka no Shimai 星の乙女と六華の姉妹 [211126] ensemble 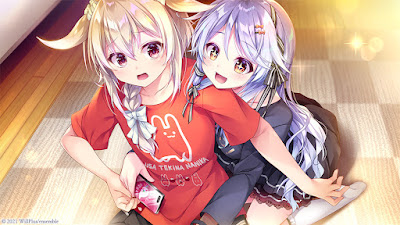 Main character Yuki is a popular  streamer. Despite his cute looks he is actually a man. He impersonates as his sister to attend top high school for idols that is forbidden for men.
Traps is not my thing
5. Sousaku Kanojo no Ren'ai Koushiki 創作彼女の恋愛公式 [211126] Aino+Links 1 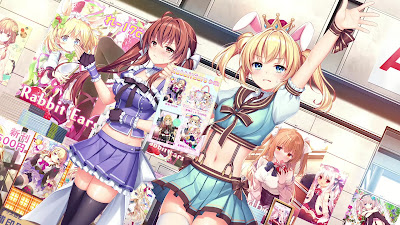 Our protagonist, Toshiki Kagami, is headed to Tokyo, where he will begin living with his cousin and her family. Unbeknownst to others, he harbors a desire within himself.
He wants to rekindle that creative spark he all but lost now.
He had a childhood friend, Aisa Ayase. They were two peas in a pod, always competing against each other, seeing who could create better stories. However, as they grew older, their thoughts and mindset slowly started differing more and more from each other. In the end, Aisa moved with her family to Tokyo.
The now separated Aisa and Toshiki would still send letters to each other, talking about their current lives and, of course, sending each other stories for the other to read. However, once the prospect of entering high school drew ever so closer, the letters from Aisa all but disappeared.
Nonetheless, Toshiki continued writing stories, making doujin games and eventually, he would debut with his first commercial light novel.
And while the cultivation of his creative prowess was growing steadily, he hit a slump half a year ago. And so, he postulated that perhaps spending time with similarly aged creators would help him break free of his slump. Steeling himself, Toshiki enrolled in Saika Private Academy, a school designed for creators to gather in one space.
With that, spring rolls around and Toshiki is in Tokyo, ready to start his new school life. And it is there that he reunites with Aisa once more.
There are English reviews
6. Uchi wa Mou, Enki Dekinai. ウチはもう、延期できない。[211126] Sonora 1 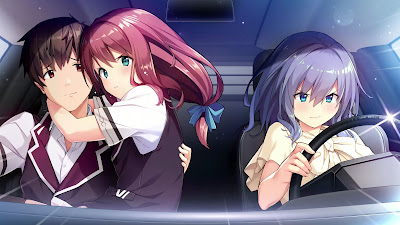 Spring break. Miyamura Miku, a hobby writer of light novels, is approached by her older sister Miyamura Karin, who reveals to her that she's working as a voice actress for erotic games.
"The company I am working for right now needs someone to assist with writing the sex scenes!" Karin asks for Miku's assistance.
"Wait, I'm still a virgin, you know? I have no clue how to write such a thing!"
At the same time the protagonist, Shiiba Masashi, is getting a sudden call from his big sister.
"Jeez, we can't! We're delaying. Can't. Impossible. We delay."
The one who keeps repeating these phrases like a broken record, is the protagonist's older sister, Shiiba Sayaka - CEO as well as scenario writer of the popular upstart eroge brand "Hades Soft".
"If we delay now, then we're done for. The sponsors will be chasing us for the rest of our life in order to reclaim the cash. We have to find a solution or I'll be to the neck in debt! I'll come haunt you if this kills me, okay?!"
And so, Masashi ends up being roped into helping them with their eroge development?!
This game is centering around eccentric heroines like the key animator Suzumoto Chisa (pen name: Suzuse Akiko) and the reclusive graphic designer Sakakibara Ai. Here comes an ADV about creating eroge that's a little on the weirder side.
IF YOU LOVE EROGE, DON'T JOIN AN EROGE COMPANY!
There is an English review