Monkeys!¡ is the only bright spot in October. 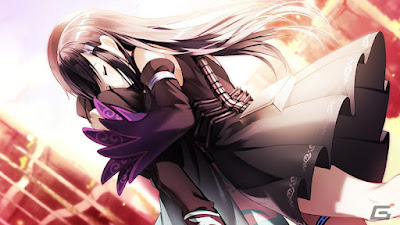 The world has fallen to Peccato Mania (original sin), which causes the victims to have urges of harming themselves and others.
To save his younger sister Christine, who has been afflicted with the disease, Rust logs in to the full-dive online game “Archetype Arcadia,” which is the sole means of stopping the disease’s advancement.
Hope, grief, joy, betrayal, and inescapable “death” are found in this game, where players convert their memories into avatars and fight.
This is a fully-voiced text novel adventure game that tells a ghastly story of overwhelming volume, guided by memories that should have been lost.
There is an English review
3. Kochira, Haha Naru Hoshi Yori こちら、母なる星より [211028] Daisyworld 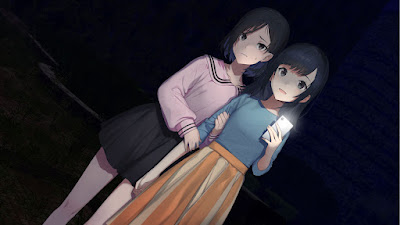 A virus that is said to have come from space brought unprecedented damage to earth.
A long time has passed since that catastrophe, and now there are only the six of us in Ikebukuro.
The city has shrunk in size, and its buildings have been toppled and decorated with green grass and blue water.
The scent of an air conditioner comes from somewhere…
“This is Mother Earth!” And we’re doing good today!
Yuri romance does not hit the mark for me
4. Keiken Zero na Classmate Pi 経験ゼロなクラスメイトπ  [210806] Prekano 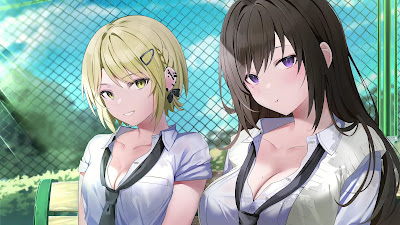 Your classmate Hoshina Risa is a bright student who treats everyone equally.
Misaki Kazuma, who sits in the seat next to her, has fallen in love with her. Unable to control his feelings, Kazuma made up his mind to confess his feelings to her. But when he looks up, Risa is gone. As it turns out, she is extremely shy! Even when he tries to chase after her, he cannot catch up to the former ace of the track and field team.
With the help of Risa’s best friend and foul-mouthed classmate Miyazono Mikumo, Kazuma chases after her by all means possible…
A hot day in the middle of summer. The runaway drama to hear her reply to your confession is about to begin.
Vanilla nukige
5. Kemonomichi ☆ Girlish Square けもの道☆ガーリッシュスクエア [211029] Whirlpool 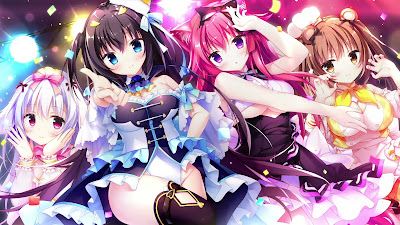 The protagonist, Nakamori Taiga, is an idol otaku working at a curry shop in Akiba. His current obsession is an indie idol group active in Akiba, “Animal Trail ☆ Girlish Square”! They’re still fresh on the scene, but one day their dedicated fans will take them all the way to Japan’s most famous arena, the Budokan… In pursuit of this noble goal he spends his days with a select group of elite comrades (status ambiguously assigned) to fulfill their otaku endeavors.
One night in Akiba, on his way home after the last train of the day had departed, Taiga sees the members of Animal Trail practicing. As any fan would, he tries to sneak a peak. To his surprise, the girls are covered in sparkles as their transformation comes undone. Magical beings that he’d never seen before appear out of nowhere. That’s right! Their stage outfits are actually magical girl costumes. Not only are they idols, but they’re also magical girls!
Of course, he gets caught and those magical beings give chase, ready to put him out of his misery. It is then that it’s revealed to him that they come from another world and in order to save it they need to gather up energy from humans. And for that purpose, they’re working together with the girls to realize their dream of becoming idols.
However, Animal Trail ☆ Girlish Square is still a largely unknown idol group. And thus with little hesitation, Taiga begins his journey as their producer and manager.
The stage is set (hopefully) for a magical girl idol success story! Gao~! Our tale starts off with a roar!
Niche fetish moege
6. Monkeys!¡ [211029] Harukaze 1 2 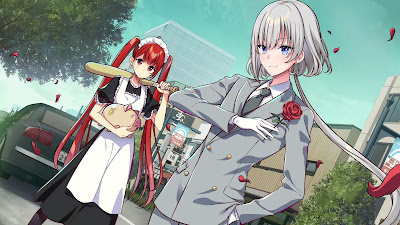 The protagonist Saruyoshi, a delinquent attending an all-boys school, will attend a ladies' all-girls school as Julia to save his alma mater from being closed down.
In the neighboring town from his current school lies the tall and proud Garasunomiya Girls' School. Ever since the Taishō Era, even now are distinguished daughters of noble families currently enrolled there. In other words, it is an ultra-prestigious ladies' all-girls school.
And transforming this ultra-prestigious school into a coeducational institution is the sole means to save the all-boys school. So to protect his school filled with memories with his mates, Saruyoshi, with the aid of a refined young lady of a noble family Tsukishima Karasu, enrolled alone in the ladies' all-girls school to improve the optics surrounding males.
With the extensive use of the boons of delinquency to solve the young ladies' problems, the protagonist slowly becomes the heartthrob of his new school! On the other hand, since Saruyoshi is also refining his feminine grace and dignity, the guys also developed the hots for him?! With the goal of a symbiotic integration between men and women, this is a slapstick love comedy set in the ladies' all-girls school!
There are English reviews